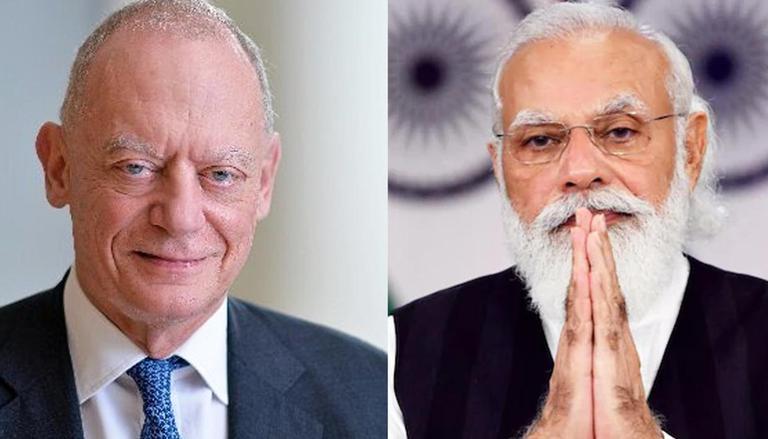 
On Saturday, United Kingdom's Investment Minister, Lord Gerry Grimstone stressed the importance of bilateral relations with India, calling it a "very exciting and dynamic time" for the two countries' relations. Lord Grimstone, speaking virtually at the CII's India-UK Annual Conference, said that India is a global economic powerhouse and that the UK is keen to develop its ties with India and other key economies beyond Europe, reported ANI. In May, the UK and India began a 14-week consultation period in preparation for trade discussions, seeking input from the public and businesses. The COVID-19 has been occupying the UK government for the last few months, said the minister, highlighting how both countries supported each other during the testing times of the COVID-19 pandemic.

"I am optimistic that, as a result of the immunisation programme's success, government business will resume its normal priorities. I have no doubt that a key part of that will be enhancing the India-UK relationship," said Grimstone. He further stated that It's been inspiring to watch how both countries have stood by each other during the COVID-19 pandemic, keeping important supply chains open to guarantee that our people have access to personal protective equipment, essential healthcare items, pharmaceuticals, and COVID-19 vaccines. The minister said that one of the two AstraZeneca vaccines he received was made in India, demonstrating his faith in the efficiency of Indian-made vaccines. He humorously quipped, "So the UK investment minister is a walking and living evidence of the efficacy of the vaccines made in India," reported ANI.

Meanwhile, on Monday, September 12, Piyush Goyal, the Union Minister for Commerce and Industry, spoke with Liz Truss, the British Secretary of State for International Trading, and discussed ways to boost the India-UK trade relationship. According to Goyal, both countries are bolstering their economic and trade ties by negotiating on an early harvest agreement, which will be followed by a comprehensive free trade agreement (FTA). Earlier this month, India's Finance Minister Nirmala Sitharaman and UK Chancellor Rishi Sunak announced new steps to boost investments and battle climate change during the 11th Economic and Financial Dialogue (EFD) between the UK and India. It should be mentioned here that India and UK share strong bilateral ties in a multitude of fields. The economic ties between both countries hold much more significance as they are two of the world's top seven economies, with a combined GDP of about USD 5 trillion, according to a report by PTI.