Bihar Police Subordinate Services Commission (BPSSC) on Friday declared the results of BPSSC Steno Assistant Sub Inspector recruitment (written) exam results. Candidates who have appeared in the exam can check their results online at bpssc.bih.nic.in. A total of 866 candidates have cleared the written exam and qualified to appear for the next level test.

BPSSC had conducted the Steno ASI written exam on January 10, 2021. A total of 8744 candidates were called to appear in the exam. A total of 5840 cleared the first shift- Hindi paper exam and 5442 cleared the second shift- GK and CA exam. Candidates who have cleared the written exam will be called for a skill test (typing and shorthand). The schedule and admit card for the skill test will be released in the due course of time. 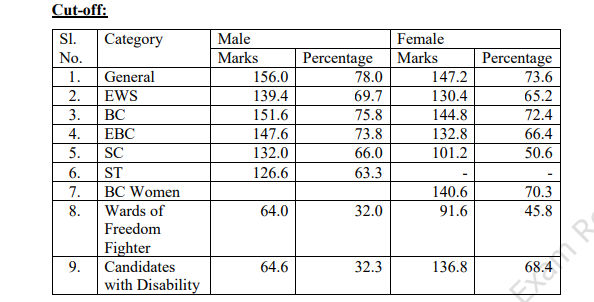 BPSSC is conducting this recruitment drive to fill 133 vacancies for Steno Assistant Sub-Inspector. The recruitment advertisement number 01/2020 was released on March 3, 2020. Candidates can check the list of qualified candidates for the skill tests by clicking on the direct link given below.