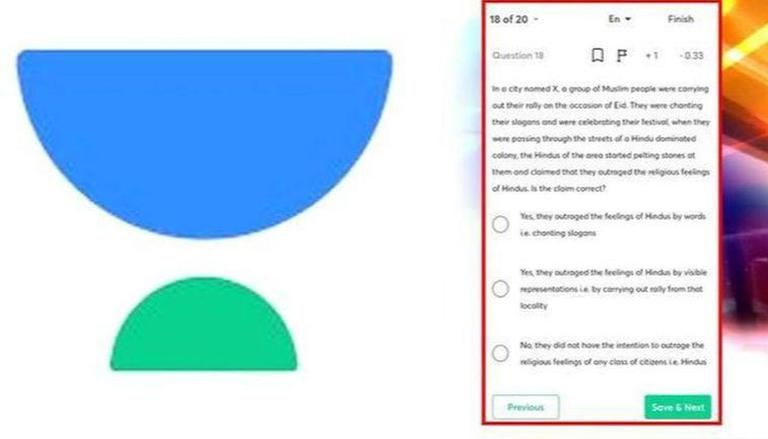 
Online learning platform Unacademy on Wednesday had to face the wrath of social media over its communal question related to two communities of India. Unacademy's question paper in an online assignment on the IPC (Indian Penal Code) went viral on Twitter and following that people started slamming the online education company. Now, the online learning platform has released its official statement and accepted that the viral question paper was asked on their platform. Unacadamy has expressed its unconditional regret.

In their official statement, Unacademy also informed that the mock question paper has been taken down, and in the future, the question papers will be scrutinised. Unacademy wrote, "A question posed in an IPC mock examination paper that contained religious references has been brought to our notice. The test paper has been taken down from the platform with immediate effect. Further, future test papers will be scrutinised and modified in accordance with our policies to ensure that it is religion, community, and race agnostic."

"Unacademy unconditionally regrets the references to religious matters in a mock exam. The question papers were prepared by a third party and we have initiated action to tighten our internal review and quality process and ensure no misrepresentation on matters of religion creeps into our content. Any hurt or offense is deeply regretted," added the online learning platform.

Unacademy came under the scanner of social media after its alleged question paper in an online assignment on the IPC (Indian Penal Code) went viral. The purported question, which is being shared widely, says 'A group of Muslim people were carrying out their rally on the occasion of Eid. They were chanting their slogans and were celebrating their festival when they were passing through the streets of a Hindu-dominated colony, the Hindus of the area started pelting stones and claimed that they outraged the religious feelings of Hindus. Is the claim correct?' Notably, the viral question paper also shows that it has given the students three choices to give their answers.

'Unacademy' is an Indian online learning platform, based in Bangalore. Originally created as a YouTube channel in 2010 by Gaurav Munjal,  the company was founded in 2015 by Munjal, Roman Saini, and Hemesh Singh. As per the company's official website, Unacademy became the biggest Live Learning platform with 200k plus daily active users in 2018.  Unacademy lessons are in the form of Live Classes both free and via subscription.