Maharashtra Opinion Poll: BJP Projected For Single-majority On Its Own

As per the numbers crunched by Jan Ki Baat, it appears that the BJP could single-handedly win the assembly polls. The BJP is projected to get 142 to 147 seats

With 288 seats up for grabs during the crucial Maharashtra assembly polls, Jan Ki Baat has conducted a survey ahead of the voting. As broadcast on Republic TV on Thursday, Pradeep Bhandari's Jan Ki Baat brought you the projections for the state of Maharashtra. The state will see key players — the NDA, BJP and Shiv Sena at the core, and the UPA with the Congress and the Nationalist Congress Party clubbed together, and AIMIM and Prakash Ambedkar's VBA as the key players. As per the numbers crunched by Jan Ki Baat, it appears that the BJP could single-handedly win the assembly polls.

Would it affect BJP-Shiv Sena alliance?

If the projections prove right, it could help BJP have an upper hand in its alliance with the Shiv Sena. Shiv Sena has been a bickering ally of the BJP in Maharashtra. As per sources, the party was eyeing the Chief Minister's post for Thackeray scion Aaditya who is contesting from Worli in Mumbai.  The party had raked up the issue of BJP's promise of building the Ram Mandir in Ayodhya, despite the BJP adhering to following the rules laid by the Supreme Court on the matter. It also opposed the Metro Car Shed at Aarey Colony and the felling of trees.

Below are the projections for Maharashtra 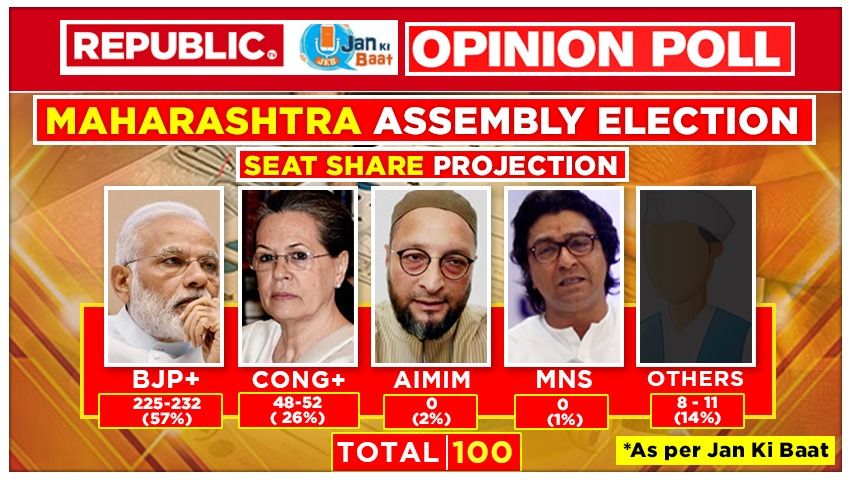 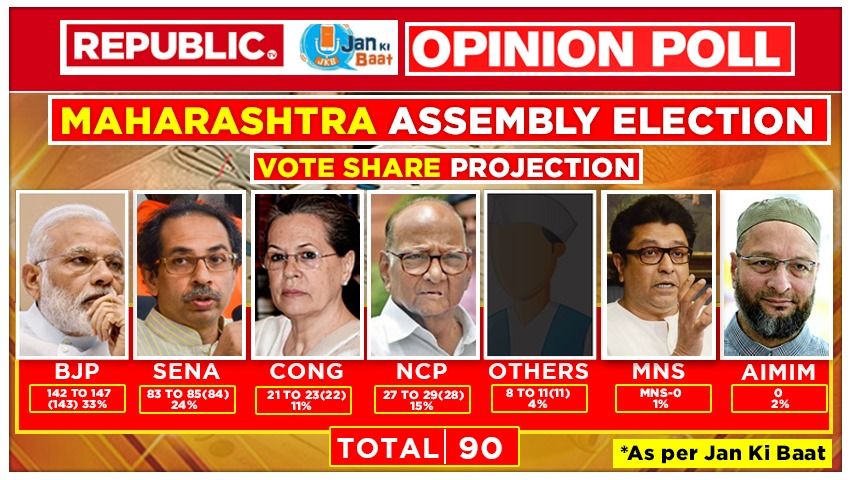