Riteish Deshmukh took to his Twitter handle to write an emotional note on his brothers Amit and Dhiraj winning the electoral seat from Latur, Maharashtra. 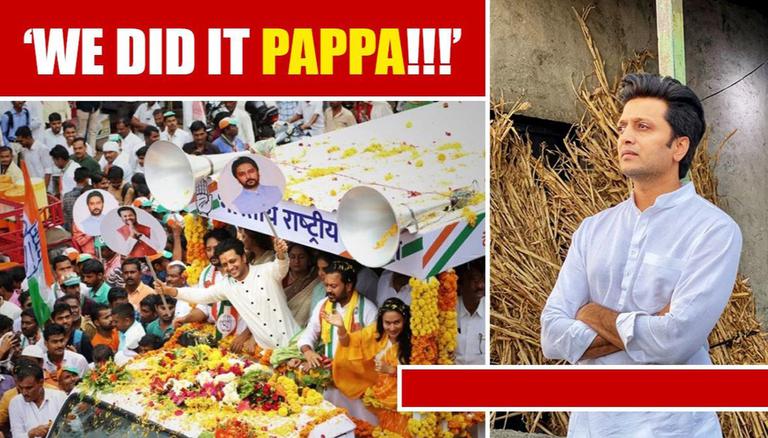 Congress MLA Amit Deshmukh and his younger brother Dhiraj Deshmukh, sons of former chief minister late Vilasrao Deshmukh, won the electoral seat from Latur city and Latur rural respectively, Maharashtra. Congratulating them, Riteish Deshmukh wrote an emotional post addressing to their father, 'We did it Pappa'. He wrote: "Thank you people of Latur for this faith & trust."

Thank you people of Latur for this faith & trust. pic.twitter.com/pOGFsmoEJU

Former Maharashtra CM Vilasrao Deshmukh's son Amit Deshmukh was re-elected for the third time from the Latur city constituency. He won the seat by 52.34% votes against Shailesh Govindkumar Lahoti of the BJP.  Meanwhile, Dhiraj Vilasrao Deshmukh, who contested the state elections for the first time also won by 67.59% votes, according to the Election Commission. 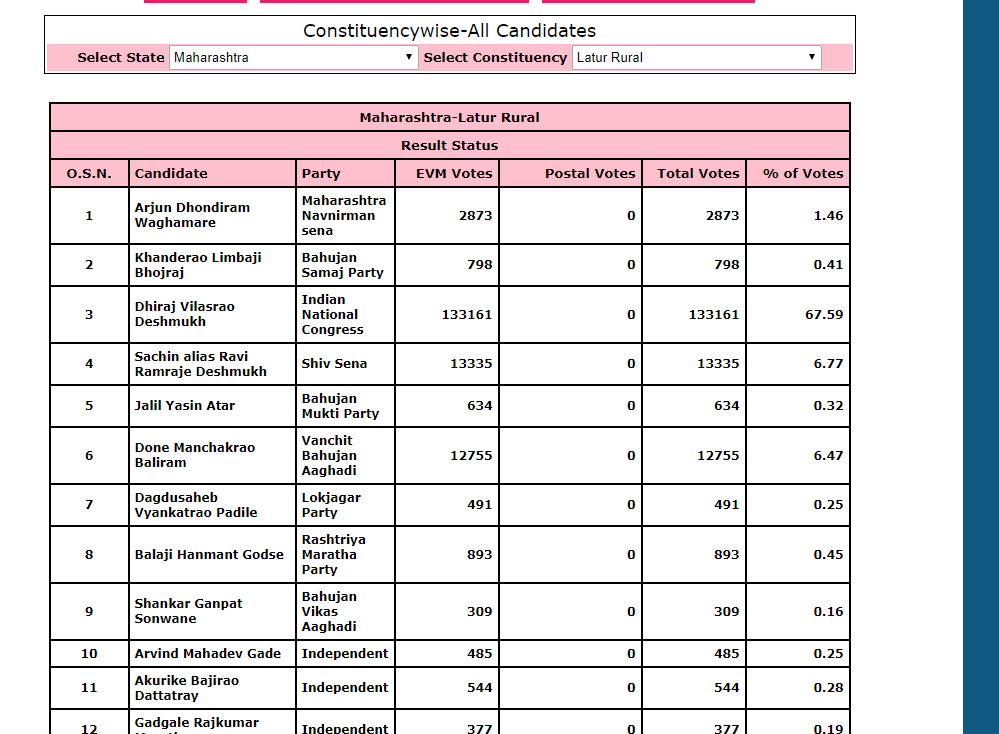 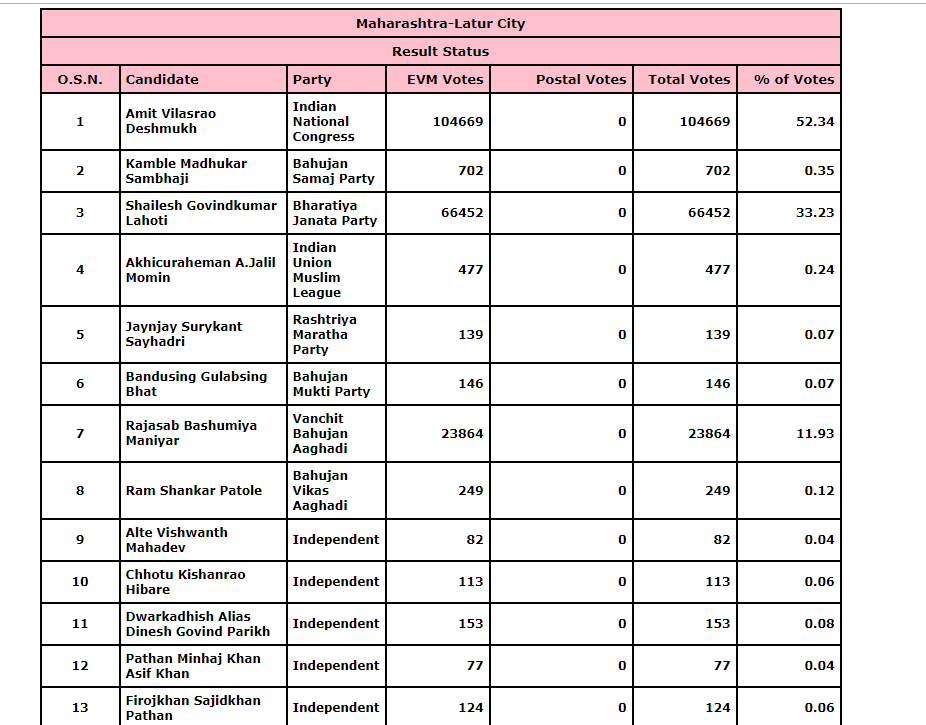 Riteish Deshmukh and Genelia cast their vote in Latur, Maharashtra

During the 2009 and 2014 Maharashtra Assembly elections, Amit Vilasrao Deshmukh of INC has been winning constantly from the seat. in 2014 he won the seat by defeating the BJP candidate by a margin of 49465 votes which was 24.31% of the total votes polled in the constituency. Congress had a vote share of 58.81% in 2014 in the seat.

In the saffron alliance, BJP contested on 150 seats, and Shiv Sena fought on 124 seats in Maharashtra. Alliance partners of BJP fielded 14 candidates on the party's lotus symbol. Meanwhile, the Congress contested the polls in alliance with the NCP. Both parties contested on 125 seats each in the 288-member Assembly and its allies on the remaining 38 seats.

The opposition tried to corner the BJP government on the handling of the economy with Congress leader Rahul Gandhi blaming the ruling party for the economic slowdown, unemployment, highlighting issues like "failure" of demonetisation and GST rollout. The BJP, on the other hand, is seeking a second straight term under Chief Minister Devendra Fadnavis in Maharashtra.