The year which began on a high with kicking off vaccination program, turned horrific with rise of Delta variant, passed 100 crore jabs and gears for Omicron 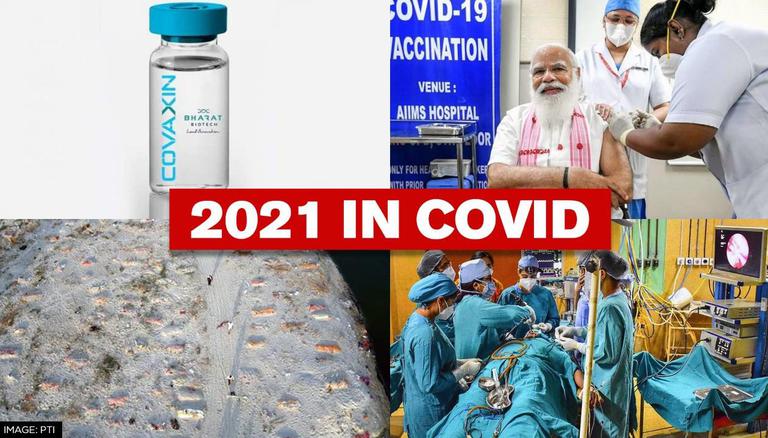 India passed through a traumatic and rollercoaster of a year as it battled the second wave of COVID while administering over 140 crore vaccine doses in 2021. The year which began on a high with the Centre's approval for two vaccines - Covishield & Covaxin, turned horrific with the onslaught of Delta variant. As the peak receded, India's vaccination picked up - soon crossing the 100 crore mark and now gearing to rollout booster doses.

Here are the top 10 events in COVID:

On January 3, the Drug Controller General of India (DCGI) announced that the vaccines of Serum Institue of India (Covishield) and Bharat Biotech (Covaxin) were granted permission for restricted use in an emergency situation. Covishield - a Recombinant Chimpanzee Adenovirus vector vaccine - clocked an efficacy of 70.42% and Covaxin - a Whole Virion Inactivated Corona Virus Vaccine - was found to be safe as per the data available till date. COVAXIN was given a different approval i.e 'clinical trial mode' - where all COVAXIN recipients will be tracked, monitored as if they’re in trial. Vaccine politics ensued as many Opposition MPs questioned the hasty approval for Covaxin without knowing its efficacy; the Centre assured that safety data was verified by experts.

On 16 January, Manish Kumar, a sanitation worker in Delhi, became the first person to receive the COVID-19 vaccine in India after PM Modi flagged off the nationwide vaccination drive in the presence of Union Health Minister Dr Harsh Vardhan at AIIMS Delhi. In the first phase of vaccination, the drive commenced in 3351 locations, aiming to inoculate 3 lakh health workers in the 'world's biggest vaccine programme'. Simultaneously, India began its 'Vaccine Maitri' programme delivering around 45.6 million doses of Covishield and Covaxin to 45 countries.

READ | From Ranbir Kapoor to Dia Mirza, this is how Bollywood celebrated Christmas | See pics India kicked off its second phase on March 1, with PM Modi taking the first shot in Delhi. The second phase  is dedicated to those above 60 years of age and those above 45 years with co-morbidities - registered on CO-WIN website and walk-ins at some hospitals. Price for jabs were also capped at Rs 250 at private hospitals and free in government centres - with the Centre bearing the cost of the inoculation. Covid cases began to rise with Kerala and Maharashtra accounting for 77% of total Covid-19 active cases in the country. 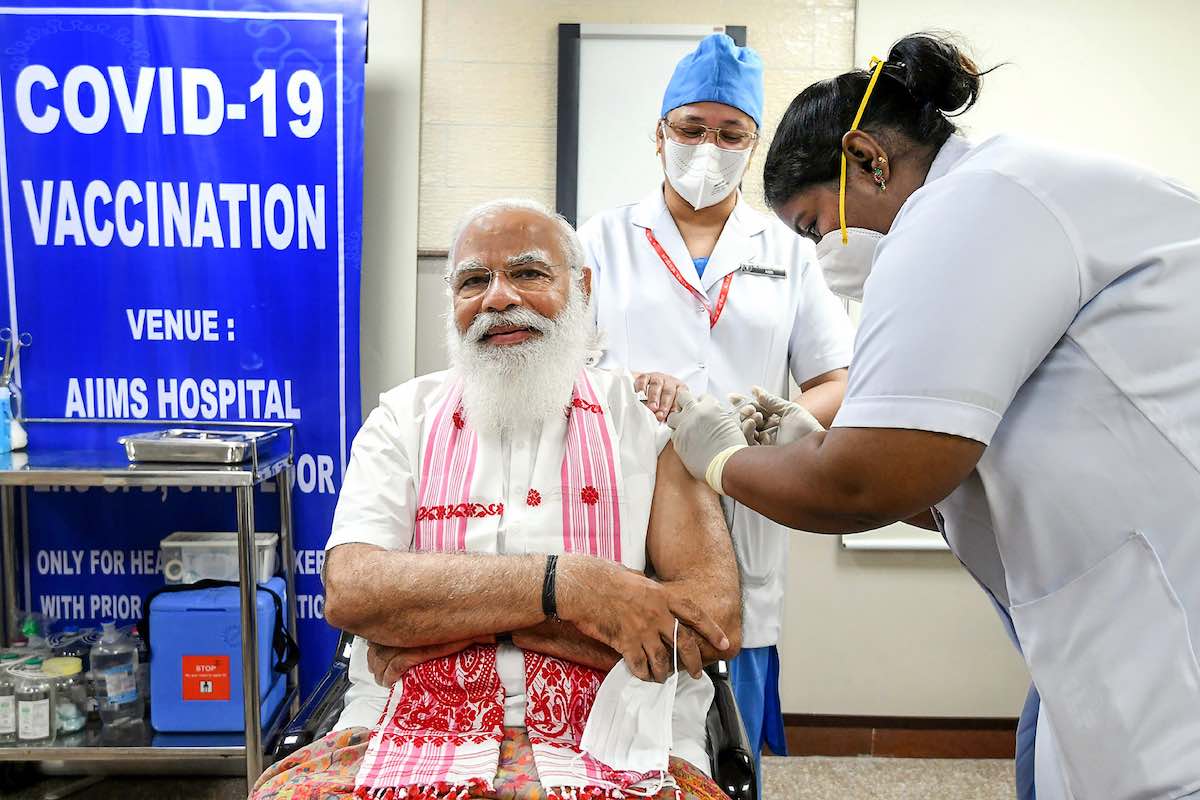 In a nightmarish scenario, the deadly second COVID wave hits India in April. With the onset of Delta variant (B.1.617), India saw its biggest surge in cases - witnessing oxygen shortage, bed shortage, dead bodies floating in the Ganges, crematorium shortage and a rise in fatalities. B.1.617 variant & its lineage B.1.617.2 were primarily responsible for surge in cases with high transmissibility of 50% more than Alpha variant (B.1.1.7). The second wave was highlighted wost by - Kumbh Mela, Oxygen crisis, Bodies in Ganga.

The Maha Kumbh Mela which lasted from 11 April-14 April saw 48.51 lakh people gather in Haridwar for the two royal baths (Shahi Snan) held on the occasion of Somwati Amavasya and Mesh Sankranti. With over 2600 people testing positive for COVID, most saints were seen openly violating COVID norms like wearing face masks and social distancing as they crowded to take a dip in the river. As multiple experts raised alarm, PM Modi appealed saints to cut short Kumbh Mela to aid in the country's battle against COVID-19. Heeding to his call, most Akhadas agreed to a 'symbolic snan' for the third royal bath, sending most seers home and immersing the idols, marking the end of 'Maha Kumbh'. On April 27, a 'scaled down' third royal bath was held where devotees yet again flouted COVID norms, but fewer in number. 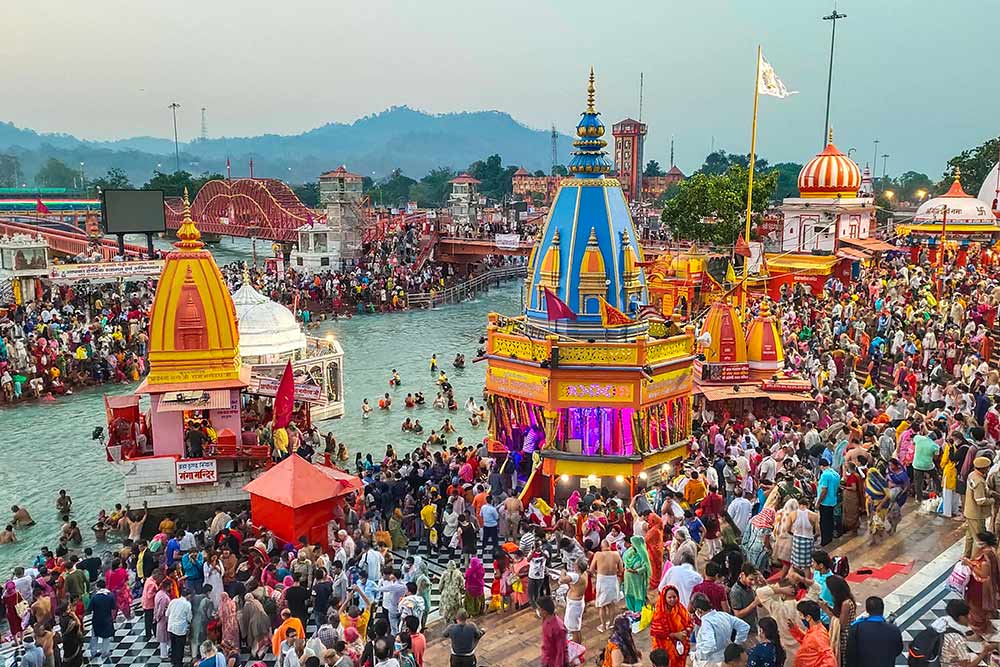 India grappled with acute oxygen supply with Delhi being hit the worst - several hospitals moved the High Court seeking oxygen supply. Visuals from most cities showed lines of distressed relatives grappling to arrange for hospital beds, oxygen cylinders and cremation space as India's COVID deaths skyrocketed to 4522 per day in May. Desperate calls for beds, oxygen, remdesivir were made on Twitter and multiple hospitals moved High Courts seeking oxygen supply for patients.

While the Centre and Delhi govt blamed each other for the ongoing oxygen crisis in the national capital, Railways started 'Oxygen Express'  to transport liquid oxygen to the states via green corridors. Delhi, which increased its demand to 900 MT oxygen per day was allotted only 480 MT by Centre. SC then ordered the Centre to maintain a daily supply of 700 MT to Delhi and constituted an 11-member panel to decide on oxygen allocation to states. Centre has stated that it has no data on deaths due to lack of oxygen during the second wave. Amid the COVID rise, most states reimposed strict lockdowns, curfews and banned all gatherings. 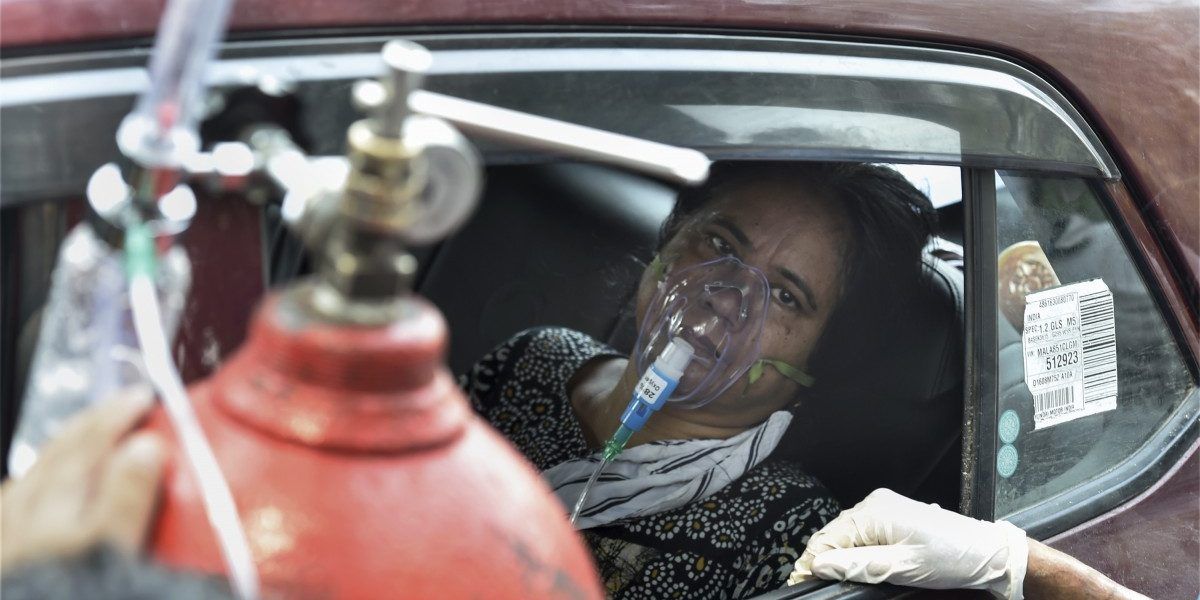 In the second week of May, 40 decomposed bodies surfaced on the banks of Ganga in Bihar raising alarm amongst local citizens and later piled up on Mahadeva Ghat's bank at Chausa town. After being identified to be of COVID-19 patients, the state govt began burial of these bodies. A day later, several bloated and decomposing dead bodies surfaced on the banks of river Ganga in Uttar Pradesh's Ghazipur. Soon enough, hundreds of dead bodies were found buried in the sand near river Ganga in Uttar Pradesh's Unnao. Visuals across the Ganga banks showed over 2000 bodies buried on river banks as the nation lamented the indignity of those deceased.

At the same time, BJP, Trinamool and the Congress-Left alliance were entangled in a battle for Bengal. Top leaders like PM Narendra Modi, Home Minister Amit Shah, JP Nadda, Mamata Banerjee, Abhishek Banerjee, Rahul Gandhi and Adhir Ranjan Choudhury were holding massive rallies and roadshows across the state, with crowds flouting social distancing guidelines, not wearing masks, cheering as the nation battles a second COVID-19 wave. With experts expressing concern over the lack of any social distancing in these rallies, PM Modi, Mamata Banerjee, Rahul Gandhi and others cancelled all its big rallies ahead of the seventh phase of elections.

Amid the rise of the Delta variant, Centre liberalised its vaccination strategy allowing all adults over the age of 18 to get the vaccination from May 1. Centre empowered states to procure additional vaccine doses directly from the manufacturers, as well as open up vaccination to any category of people above the age of 18 for the same. The Centre's vaccination drive continued as before, providing free vaccination for essential and priority populations as defined earlier i.e HCWs, FLWs and population above 45 years. This confusion led to massive vaccine shortages as states were unable to procure vaccines on their own to innoculate children.

Moreover, the Centre also revised the interval between the two doses of Serum Institute of India (SII)'s vaccine - COVISHIELD to 4-8 weeks instead of 4-6 weeks, while COVAXIN was left unchanged. As state CMs demanded free vaccines, the Centre took over procurement - announcing free vaccines for all those above 18 years from June 21. 75% of vaccines procured by the Centre was passed to states while the remaining 25% would be available for private players, with a cap on the service charge. 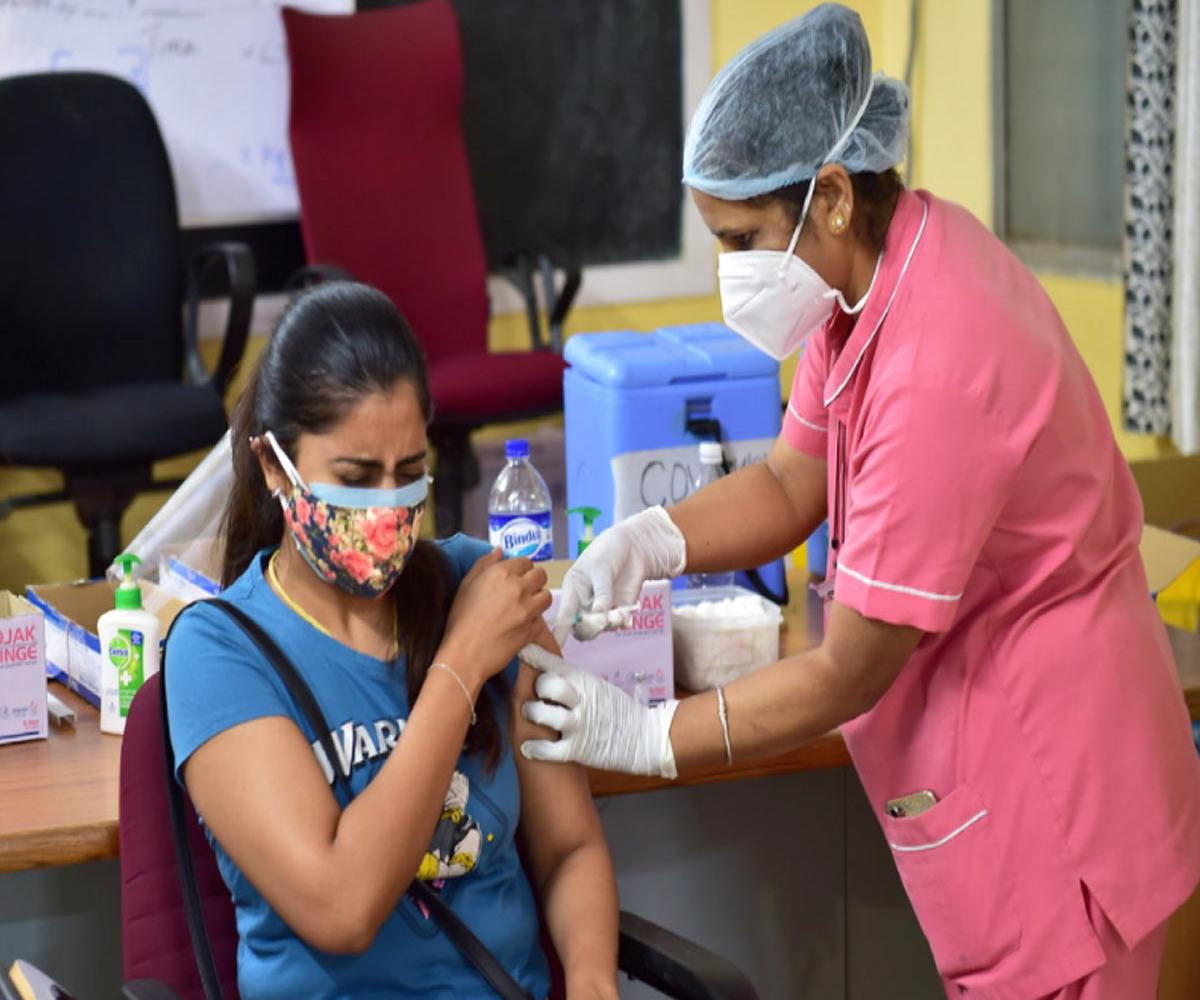 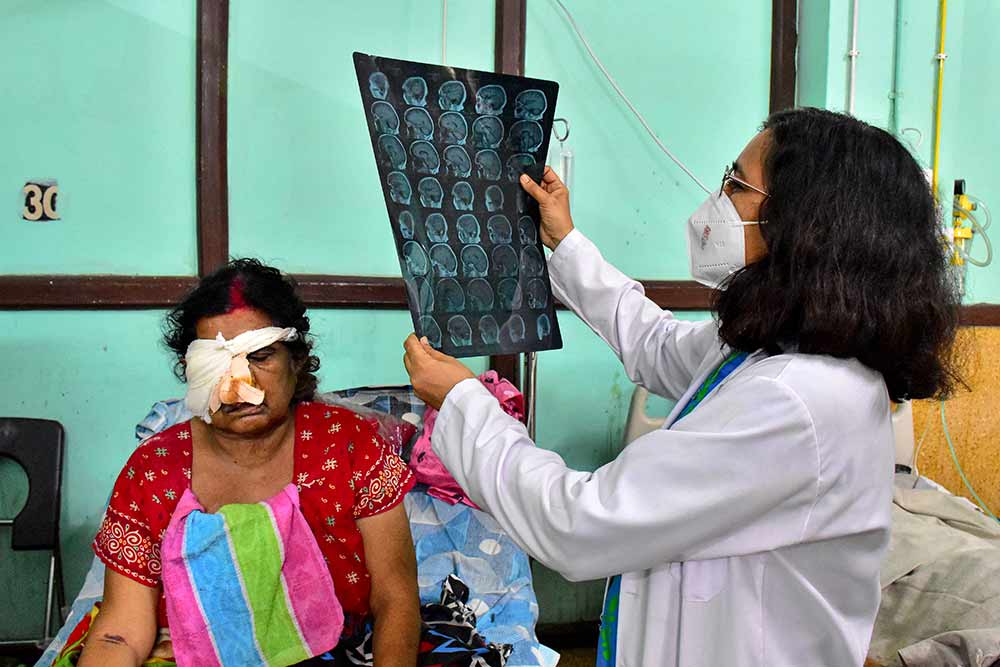 In August, DCGI approved Zydus Cadila's ZyCoV-D vaccine for children aged above 12 years old. ZyCoV-D is the world's first DNA vaccine based on plasmid DNA - a small, circular and extrachromosomal bacterial DNA. ZyCoV-D is a three-dose vaccine injected at an interval of 28 days each and comes with a spring-powered device, making it needle-free. However, Zydus Cadila and the Centre got locked in price negotiations as it was priced at Rs 1900. Finally, Zydus Cadila relented and agreed to supply one crore doses of ZyCoV-D to the Centre at Rs 265 per dose. 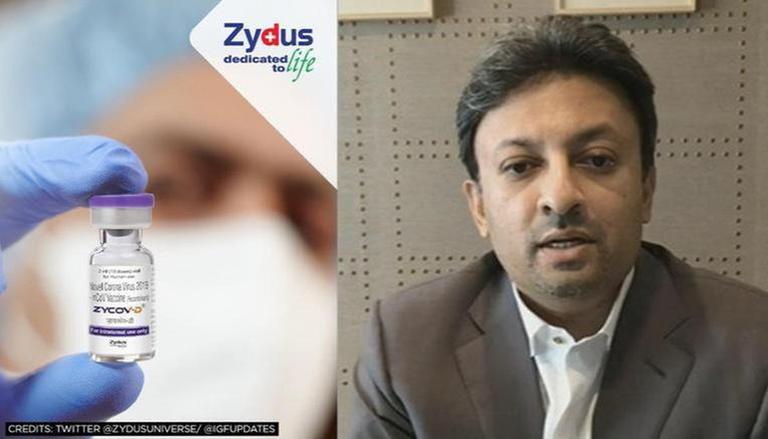 On October 21, India clocked a billion vaccine doses as PM Modi visited Delhi's Ram Manohar Lohia Hospital along with Union Health Minister Mansukh Mandaviya to mark the occassion. Centre kicked off multiple celebrations to mark this occasion - expanding its awareness campaign via announcements at airplanes, ships, metros, and at railway stations, light up 100 landmarks of India with the tricolour and displayed the largest khadi tricolour at the Red Fort. As of date, India has administered 141,57,08,220 doses of which 57,81,55,200 have received two doses. 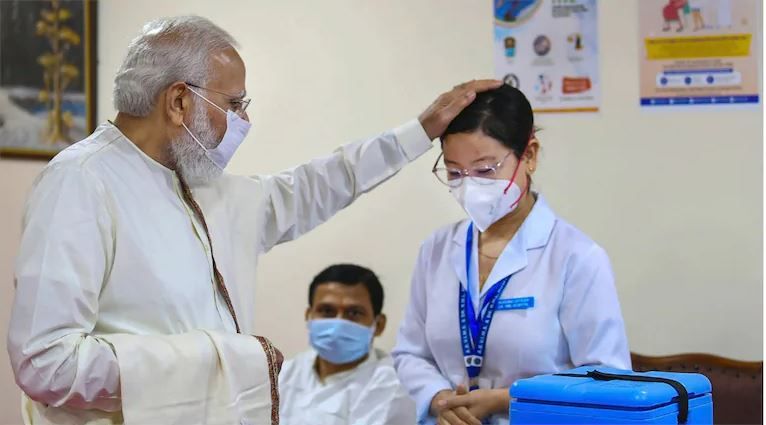 In October, Covaxin's phase-3 trials showed that the vaccine clocked an overall efficacy of 77.8%. Covaxin is 93.4% efficacious against severe symptomatic cases, 78% effective against mild and moderate cases and 63% effective on asymptomatic cases. The vaccine has also shown 65.2% efficacy against the Delta variant of COVID-19 with the vaccine being well tolerated with no clinically or statistically significant differences in serious adverse events. Immediately in November, WHO finally listed Covaxin in its Emergency Use Listing (EUL).

Moreover, in December, the Serum Institue of India-produced Covovax received emergency use approval from the World Health Organisation. Covovax has shown an overall efficacy rate of 89.7% - with  96.4% against severe to mild cases and  86.3% efficacy rate against the Alpha variant. Covovax is a two-dose COVID vaccine and is stable at 2 to 8°C refrigerated temperatures. DCGI has sought more data from the Serum Institute of India over its application seeking the emergency use authorization for Covovax. 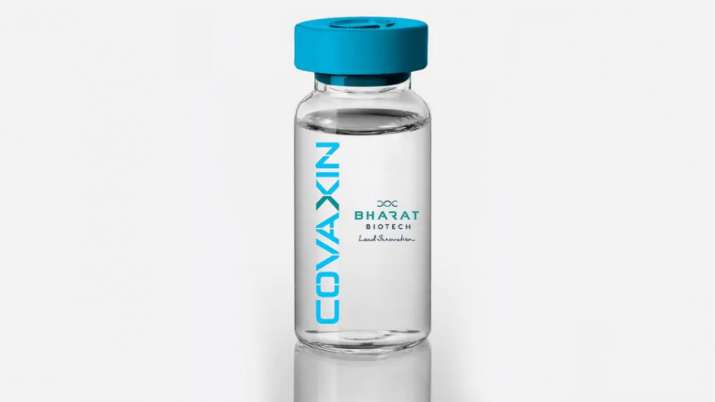 As South Africa informed the world of the rise of a new variant (Omicron), India reported its first cases on December 2 - when two individuals tested positive for the Omicron variant of COVID-19 in Karnataka. Soon enough, cases have risen to 422 - Maharashtra (108), Delhi (79), Gujarat (43), Telangana (41), Kerala (38) etc. Out of 422 cases, 130 have been discharged. As per the medical journal of South Africa, Omicron only causes mild fever, but the transmission rate is higher than other variants. Centre has informed that the variant is five-six times more transmissible than the Delta variant, urging states to “activate” war rooms, keep analysing trends and micro-containment. India has mandated testing and quarantining of foreign returnees from 'at-risk' nations where Omicron cases have been detected. 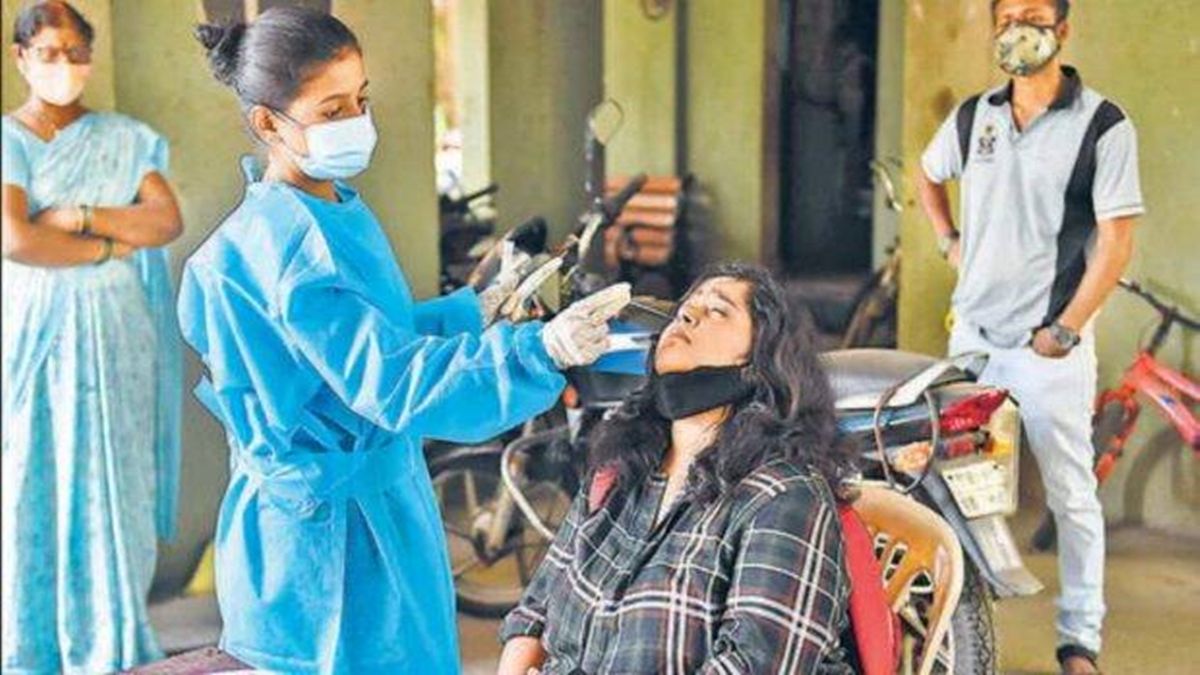 On December 25, the DCGI approved Bharat Biotech's COVID-19 vaccine Covaxin (BBV152) for kids between 12 -18 years of age for emergency use. Moreover, PM Modi announced that kids aged 15-18 will start getting vaccine jabs from January 3. Meanwhile, healthcare, frontline workers and those who are above 60 years and have comorbidities will be eligible for a 'precautionary dose' from January 21. The centre is also mulling to give a nod to Bharat Biotech's nasal vaccine and roll out ZyCoV-D soon. 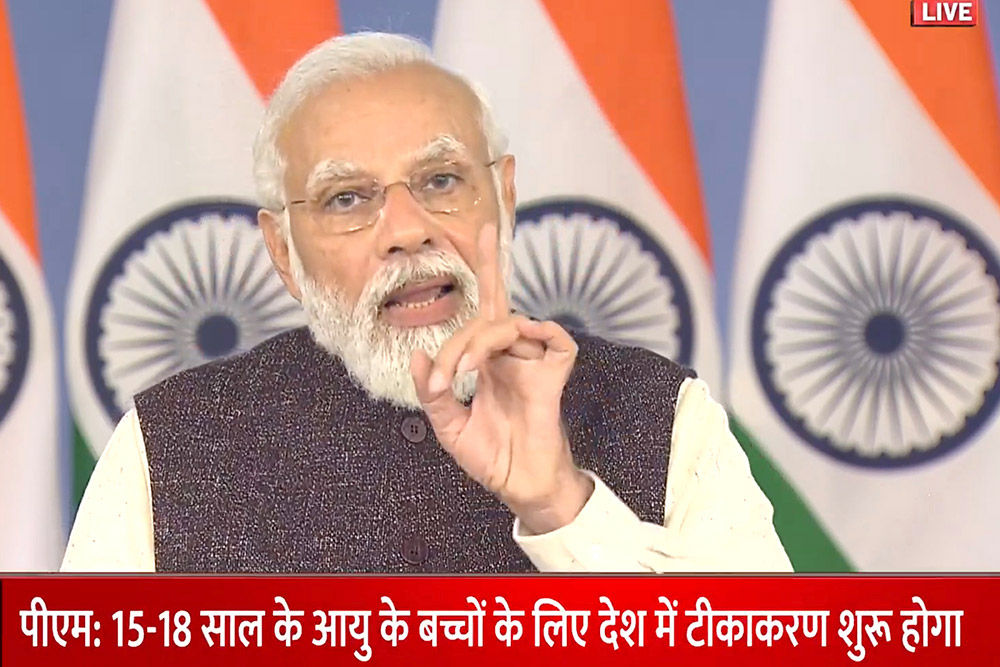