AIIMS Delhi To Start Second Dose Trial Of COVAXIN On 2-6 Year-olds By Next Week: Sources 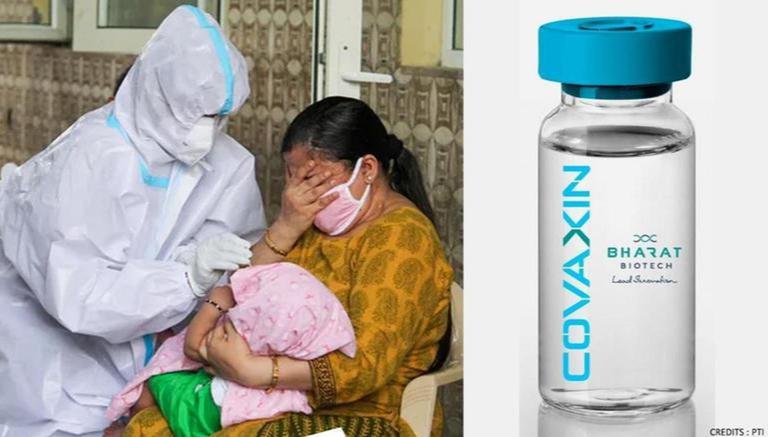 
In a key development, sources on Thursday informed that the All India Institute of Medical Sciences (AIIMS) is all set to start the second dose trial of COVAXIN in 2-6 year-olds by next week. For those aged 6-12 years, the second dose of COVAXIN trial has already been administered, added sources at AIIMS, New Delhi, which is one of the centres for trials of the vaccine for those below 18 years.

On May 12, the Drugs Controller General of India (DCGI) approved the phase 2/3 clinical study of Bharat Biotech's COVAXIN in children aged two to eighteen years. The trial is divided into three sections, each with 175 volunteers aged 12-18, 6-12, and 2-6 years. The vaccine, as part of the trial, is being administered intramuscularly in two doses on days 0 and 28 of the experiment. While the first dose trial for 2-6 years has been completed, the trial of the second dose in the said age group is expected to begin next week. After the completion of the trial of the second dose of vaccine, an interim report is expected by the end of August.

COVAXIN- All you need to know

Developed by Hyderabad-based Bharat Biotech, Covaxin is based on an inactivated whole SARS-CoV-2 virion. A virus's disease-producing capacity is inactivated in this method. It is a safe vaccine with mild to moderate symptoms, and as per the phase-3 trial data, has overall efficacy of 77.8 percent. Besides, it is 93.4% efficacious against severe symptomatic cases, 78% effective against mild and moderate cases and 63% effective on asymptomatic cases. The vaccine has also shown 65.2% efficacy against the Delta variant of COVID-19 with the vaccine being well tolerated with no clinically or statistically significant differences in serious adverse events.

COVAXIN was granted permission for restricted use in an emergency situation by the DGCI on January 3. Several politicians back then had questioned why Phase 3 trials protocol has been modified for the Bharat Biotech vaccine candidate, urging Health Minister Harshvardhan to clarify the same. Meanwhile, Tharoor stated that the DCGI 'approval was premature and could be dangerous', opining that its use should be avoided till full trials are over. Several others have questioned the vaccines due to 'lack of trust' in the Modi government. Arvind Kejriwal had asked for its composition.

A report by the National Adverse Event Following Immunization (NDEFI) Committee to the Ministry of Health & Family Welfare, however, revealed that "There were no potential thromboembolic events reported following administration of Covaxin vaccine."