In a copy of FIR accessed by Republic TV, Aishwarya has alleged that on December 15 when she went to have a word with her mother-in-law Rabri Devi regarding Tej Pratap distributing defamatory posters about her father Chandrika Rai in Patna University. 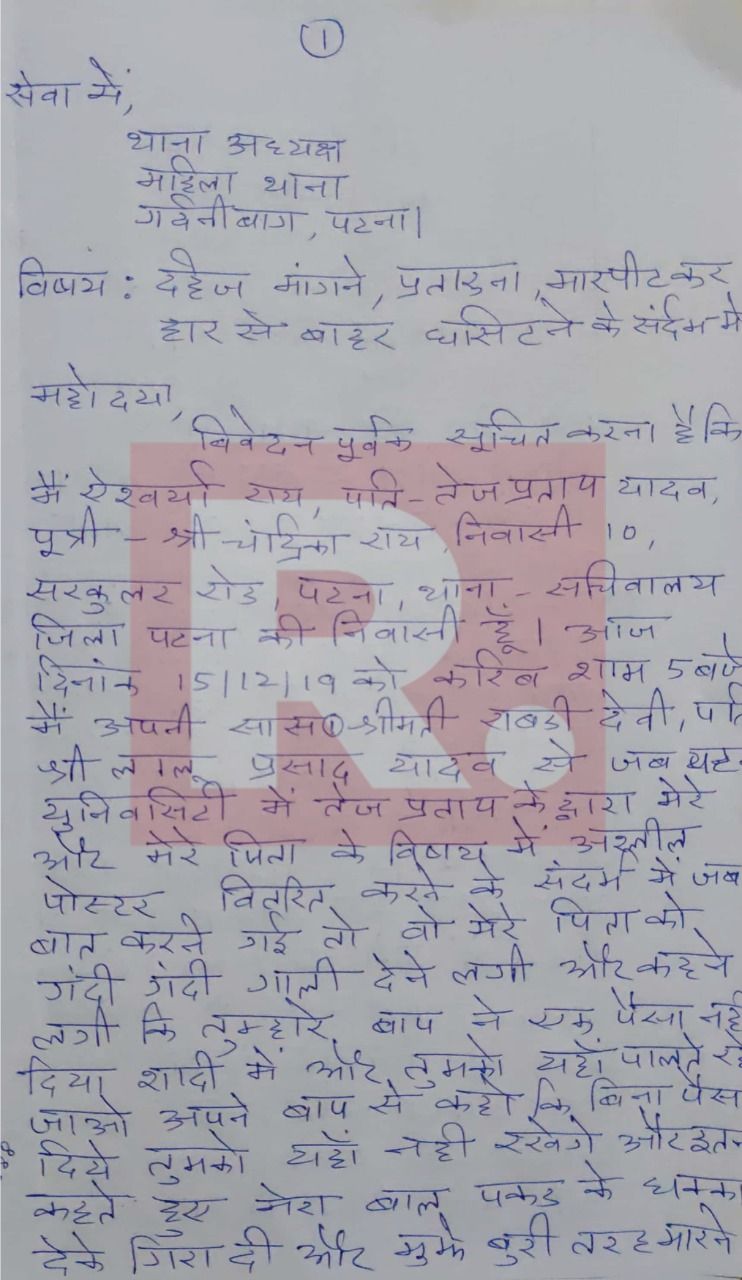 Aishwarya also further stated that when she told Rabri Devi about the incident regarding her father, her mother0in-law started abusing her father, and started taunting her for dowry. She also alleged that her mother-in-law stated that she cannot let her live in the house without her bringing in any money. Aishwarya has also alleged Rabri Devi of dragging her out of the house by her hair, with the help of female security guards and locking the main gate. Adding to her statement Aishwarya said, " From the beginning itself, my mother-in-law, husband Tej Pratap and sister in law Misa Bharti used to harass me for dowry. They also kept taunting me by saying, 'your father should have at least given a car to his son-in-law as a wedding gift.' 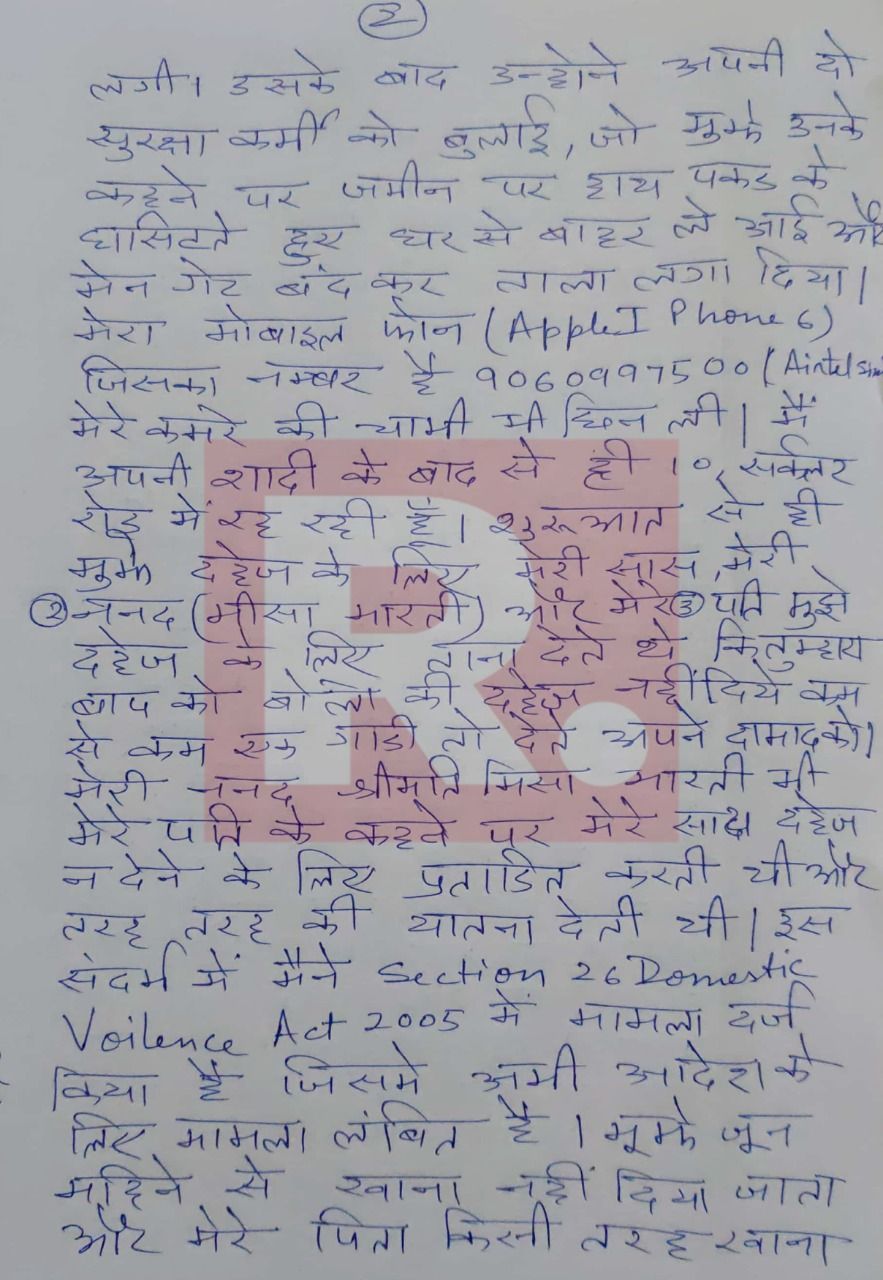 The FIR by Lalu's daughter-in-law further reads," I (Aishwarya) have already lodged a case against them under section 26, of domestic violence act 2005, for which the case is pending in court. Since June 2019, I am not being provided with food. My father has been sending food to me. I have been thrown out of the house, without my belongings." 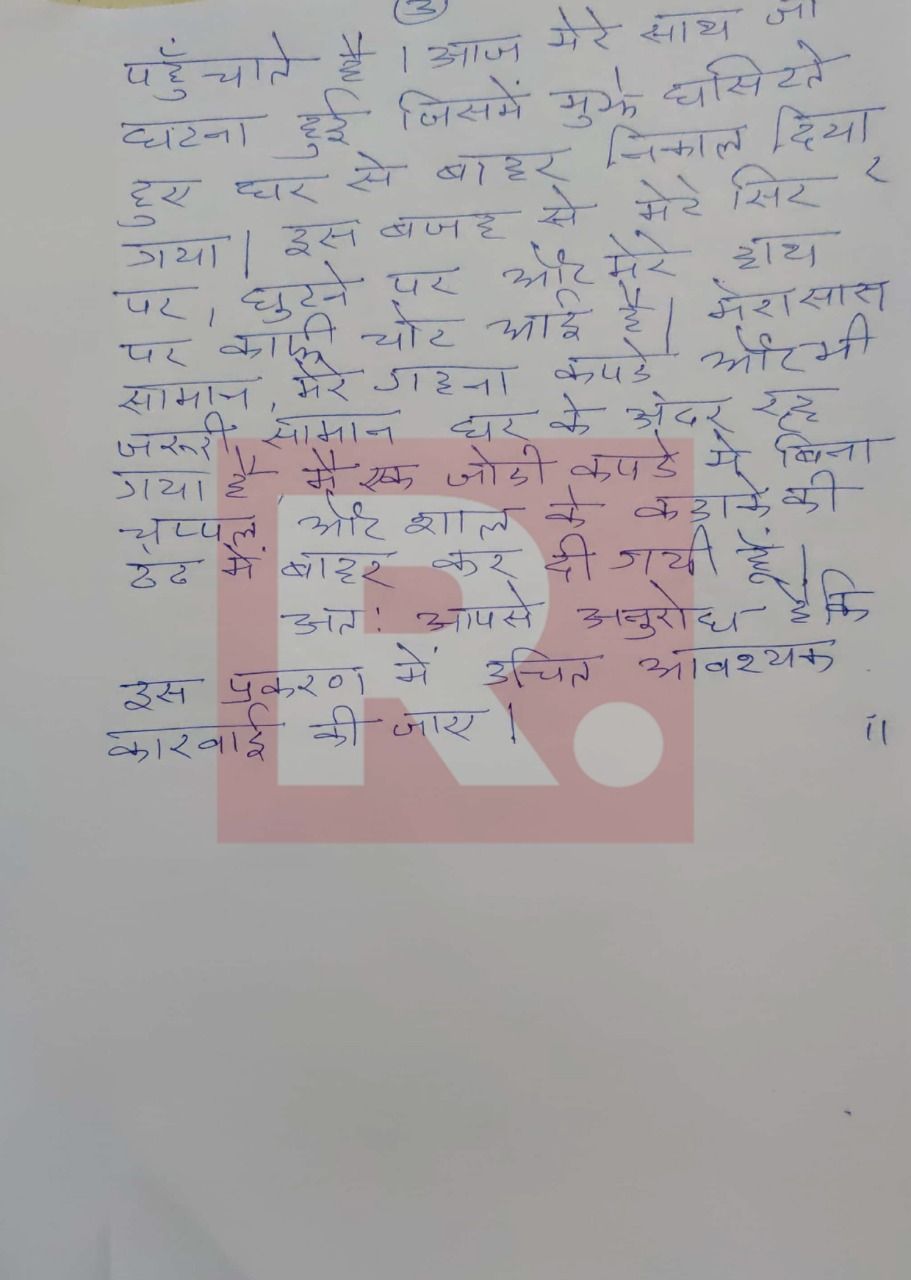 READ | Tej Pratap's wife Aishwarya accuses Rabri Devi of 'beating, throwing her out of the house'

RJD MLA Shakti Yadav, who claims to be an eyewitness of the whole incident, said that "I was talking to Rabri Devi Ji, regarding Jharkhand elections, and I saw Aishwarya came to her in an agitated mood and used abusive language. She also pulled up a burning stick, from the bonfire to assault Rabri Devi. Her conduct was not good. I don't know about what is the basic issue for differences, but the matter between Aishwarya and her husband is in court ".

Aishwarya's case has been lodged under section 498A/323/34 of the IPC and E3/4. Tej Pratap and Aishwarya were married on May 12, 2018.  The marriage has remained in controversy for the last one year, after Tej Pratap filed for divorce in the Patna civil court, alleging harassment by his wife. After this, Tej Pratap left Rabri Devis Residence,10 circular road, while Aishwarya continued to live with her in-laws.

Earlier in June, Aishwarya also filed a case of domestic violence against Rabri, Tej Pratap in the Patna civil court. The case is in the final stages and is up for hearing on December 17.