On Wednesday morning, Goa welcomed the first charter tourists of the season, as a flight from Almaty, Kazakhstan, landed with roughly 170 passengers. 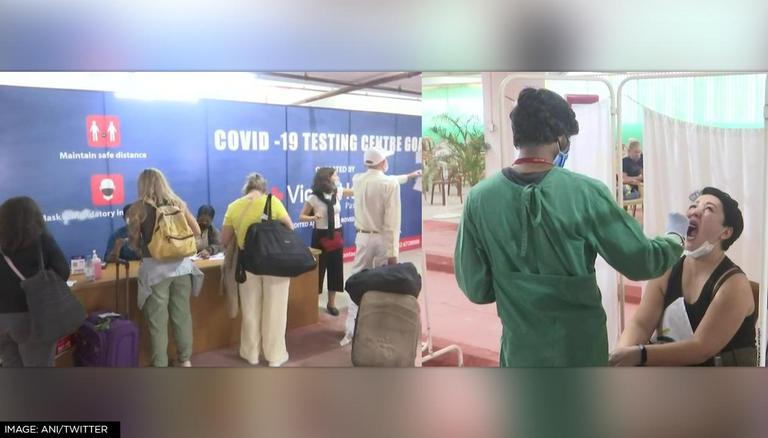 
In the latest development, on Wednesday morning, Goa welcomed the first charter tourists of the season, as a flight from Almaty, Kazakhstan, landed with roughly 170 passengers. The Air Asthana flight landed at Dabolim international airport at 7 a.m. on December 15, according to Caper Travels, which arranged the charter trip from Kazakhstan. The second flight will arrive on Thursday, December 16, and the third flight will arrive on Saturday, December 18.

Goa: The first chartered flight of this tourist season landed this morning at Goa International Airport. The flight, that arrived from Kazakhstan, carried 159 passengers including an infant.

Passengers were tested for #COVID19 upon their arrival. pic.twitter.com/dJQFoCI8ki

Before boarding the aeroplane and upon arrival, all passengers will be tested for COVID-19. Unless they test positive upon arrival, there will be no quarantine. The airline will be operating for the first time in Goa's history, and the agency will have two Air Asthana flights flying every week on Wednesday, Thursday, and Saturday till the end of March.

However, the first chartered flight of the season was scheduled to arrive in Goa from the UK on December 13, ending a nearly year-long slowdown in international tourism since the COVID-19 outbreak, a senior official had told PTI. Starting in December, four chartered aircraft will travel to Goa from the UK, two each from Gatwick and Manchester Airports, according to Nilesh Shah, head of the Travel and Tourism Association of Goa (TTAG).

Following the viral outbreak last year, chartered flight operations were halted, and the 2019-20 season was also cancelled as a result of the pandemic, according to Shah. The tourism business was anticipating a positive response from the Russian market, but he warned that because of the COVID-19 outbreak in their country, arrivals could be delayed.

Goa used to receive over 1,000 chartered flights during the tourist season, which runs from October to April. If at least half of the chartered flights arrive in the coastal state this tourist season, the tourism business will rebound, Shah said, adding that the present prohibition on regular flights from overseas is also impacting the industry. In the wake of the new Omicron variant's spread to 61 nations, Goa's tourism industry is hoping that international visitors would help the state's economy recover from the COVID-19 pandemic.