Union Home Minister Amit Shah has lauded one-time waiver to increase the age limit for Agnipath scheme to 23 years saying that it will benefit the youth. 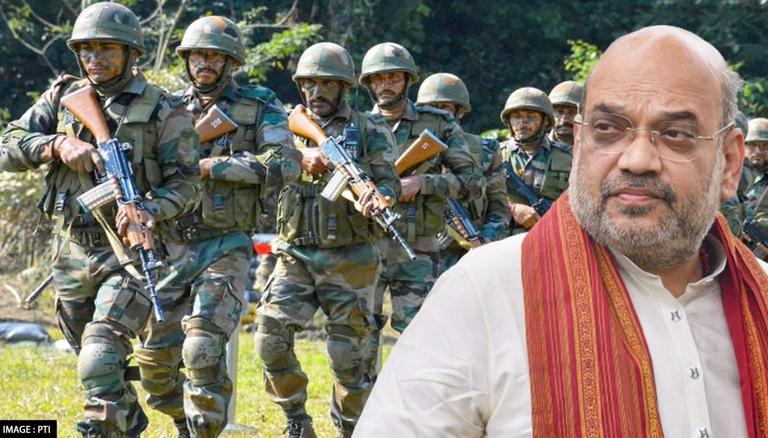 He further said, "This decision will benefit a large number of youth and move towards service to the country and their bright future through the Agneepath scheme. I thank @narendramodi ji for this."

Cognizant of the fact that it had not been possible to undertake the recruitment in forces during the last two years, the Central government announced the grant of a one-time waiver in the age limit for the Agnipath scheme on Thursday, June 16, 2022. The Bharatiya Janata Party-led government at the Centre has increased the upper age limit from 21 years to 23 years. The lower age limit is set at 17.5 years.

READ | Tejashwi Yadav expresses uncertainty over 'Agnipath' scheme; 'How will nation be safe...?'

Under the Agnipath recruitment scheme, Agniveers would be recruited only for four-year tenures in all the cadre - Army, Air force, Navy. Under this scheme, almost 46,000 youth will be recruited in 2022 and the number of recruits will go up by 5,000 every year. Soldiers will be getting a monthly salary of around Rs 30,000-40,000. The recruitment is scheduled to begin in 90 days and beneficiaries will also be entitled to awards, medals, and insurance

Under the scheme, the first four years will not be taken into consideration for fixing the final pensionary benefits After 4 years, 25% will be retained or re-enlisted in the regular cadre based on merit, willingness, and medical fitness. The remaining 75% will be eligible for ‘Seva Nidhi’ packages of Rs 11-12 lakhs and will be provided skill certificates and bank loans for their second career.