The meet will be headed by Union Home Minister Amit Shah in the presence of CMs of states including AP, Kerala, Telangana, Tamil Nadu, Karnataka, & Puducherry. 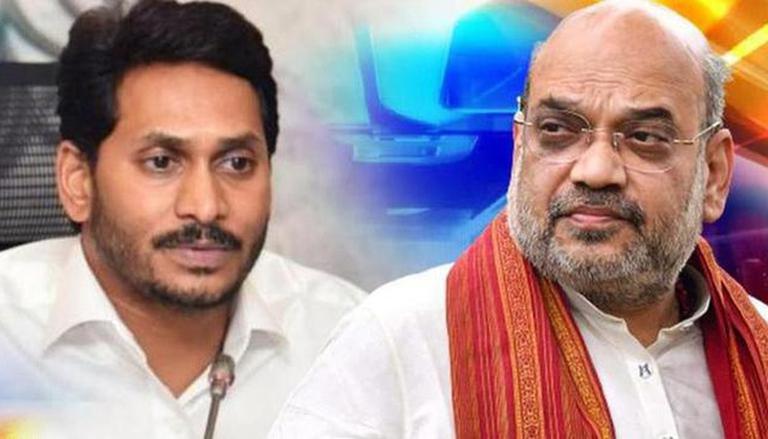 
Andhra Pradesh will put forth a slew of issues including the demand for special status to the state, at the Southern Zonal Council (SZC) Conference scheduled to be held in Tirupati on November 14. Issues on pending dues from the Centre and neighbouring states among others will also be discussed at the conference.

The conference which will be headed by Union Home Minister Amit Shah will witness the presence of Chief Ministers of South Indian states including Andhra Pradesh, Kerala, Telangana, Tamil Nadu, Karnataka, and Puducherry.

Lieutenant Governors of Puducherry, Andaman and Nicobar Islands and the Administrator of Lakshadweep will also be marking their presence at the day-long conference.

Pertinently, ahead of the conference, Andra Pradesh Chief Minister YS Jagan Mohan Reddy along with top officials and ministers held a preparatory meeting on November 3. The delegation discussed the issues to be raised by the state at the conference.

READ | RJD slams Nitish Kumar for not demanding special status, the 'Right of people of Bihar'

A release from the Andhra Pradesh Chief Minister's Office maintained that all issues listed in the AP Reorganisation Act, 2015, that remained unresolved so far will be top on the state's agenda at the SZC event.

The Andhra Pradesh CM has directed concerned officials to highlight key issues concerning the state that need to be addressed and has asked them to be fully prepared for the zonal council meet to answer inquiries by other states related to Andhra Pradesh.

Pending payments, division of assets between states & other issues to be raised

As per reports, Andhra Pradesh will also solicit the release of pending payments concerned with the Telugu Ganga Project, which supplies drinking water to Chennai city from Tamil Nadu.

Other contentious issues with neighbouring state Telangana like payment of Rs 6,300 crore electricity charges, division of assets between the two states post-bifurcation, freezing of fixed deposit accounts, and civil supplies dues will also be raised.

Reports suggest that the state will be expressing its discontent over the "irrational" PSD rice allocation system of the Central government and will also be seeking the Centre's move to bring the Jurala irrigation project under the Krishna River Management Board's discretion.

The release maintained that the Central government will be appealed to clear the pending revenue deficit grant and the Polavaram project cost. It said that the Centre's proposal related to the interlinking of rivers will also be discussed at the conference.

The last meeting of the zonal council scheduled to be held in Tirupati on March 4, was called off owing to Home Minister Amit Shah's failure to attend the meet.