Annamalai Replies To DMK's 'How A Man Who Owns Only 4 Goats Wears A ₹5 Lakh Watch?' Query

'I will wear the watch as long as I live,' said BJP's K Annamalai, after his collector’s edition Rafale watch became the topic of discussion on Sunday. 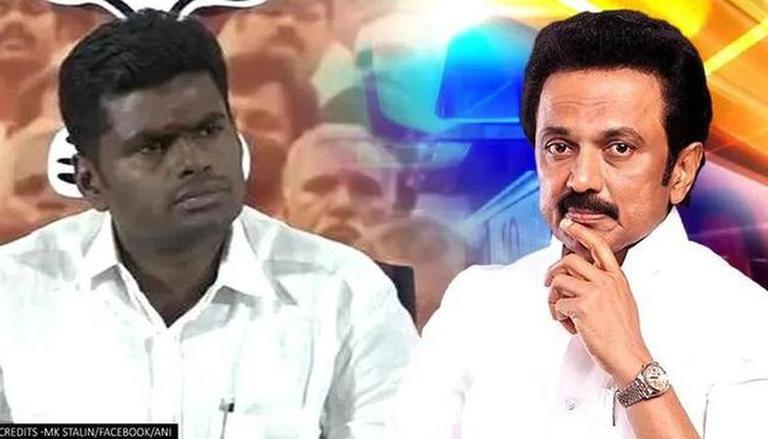 
'I will wear the watch as long as I live,' said the chief of the Tamil Nadu unit of the Bharatiya Janata Party, K Annamalai, after his collector’s edition Rafale watch became the topic of discussion on Sunday.

Tamil Nadu's Minister for Electricity, and Prohibition and Excise, Senthil Balaji, in a series of tweets on Saturday, had highlighted how Annamalai was the owner of one of the 500 wristwatches made by Rafale under its collector's edition, each of which costs Rs 5,00,000. Slamming Annamalai's 'have only four goats as property' claim, Balaji challenged Annamalai to make public the receipt of the watch.

Replying to Balaji, Annamalai in a press briefing, said, “The watch I’m wearing was made when India ordered aircraft from Rafale. It is made of parts from the aircraft. There are only 500 such watches. It is a collector’s edition called the Rafale special edition. I did not get an opportunity to fly the Rafale aircraft, so as a nationalist I’m wearing the watch."

Annamalai 'ready to fight over corruption'

In a series of tweets thereafter, the Tamil Nadu BJP chief accepted DMK's challenge to 'fight over corruption', and pledged to furnish the details of his Rafale watch, which was purchased in May 2021, along with its bill. "All of my lifetime Income Tax statements, photocopies of my 10 years of all of my bank accounts (every single income I had received will be shown), all my earnings as an IPS officer from Aug 2011 & till I resigned, details of all of the immovable properties I own that is more than 1 Lakh Including the no of sheep & cows I have - will be released on the day I’ll be starting to travel across by foot in Tamil Nadu to meet our people who adore our Hon PM Thiru @narendramodi avl - which will be very soon," Annamalai wrote on Twitter.

Further, Annamalai said that in the unlikely situation of anyone finding even 1 paisa of property more than what he declares anywhere in the world, then, he will give all his property to the government. "Now I leave it to my TN brothers & sisters to decide whether they want to seek this from the @arivalayam party leaders as well," he concluded as saying.

Since @arivalayam wants to fight on the issue of corruption with me, I’m more than ready to do that.

The details of my Rafale watch, which was purchased in May 2021, along with its bill (before I became TN BJP President), All of my lifetime Income Tax statements, ... (1/5)