In a unique initiative taken up by the Assam government, the Assam Police will now have 'Child-Friendly Police Officers' with new blue uniforms and accessories

In a unique initiative taken up by the Assam government, the Assam Police will now have 'Child-Friendly Police Officers'. Named as the Assam Police Sishu Mitra Program, it is aimed at making a child-friendly environment. The program was launched by Assam Chief Minister Sarbananda Sonowal.  The initiative has been undertaken by 'Utsah', a local NGO working in the field of child welfare along with UNICEF and Assam Police.

Here are photos of some of the uniforms 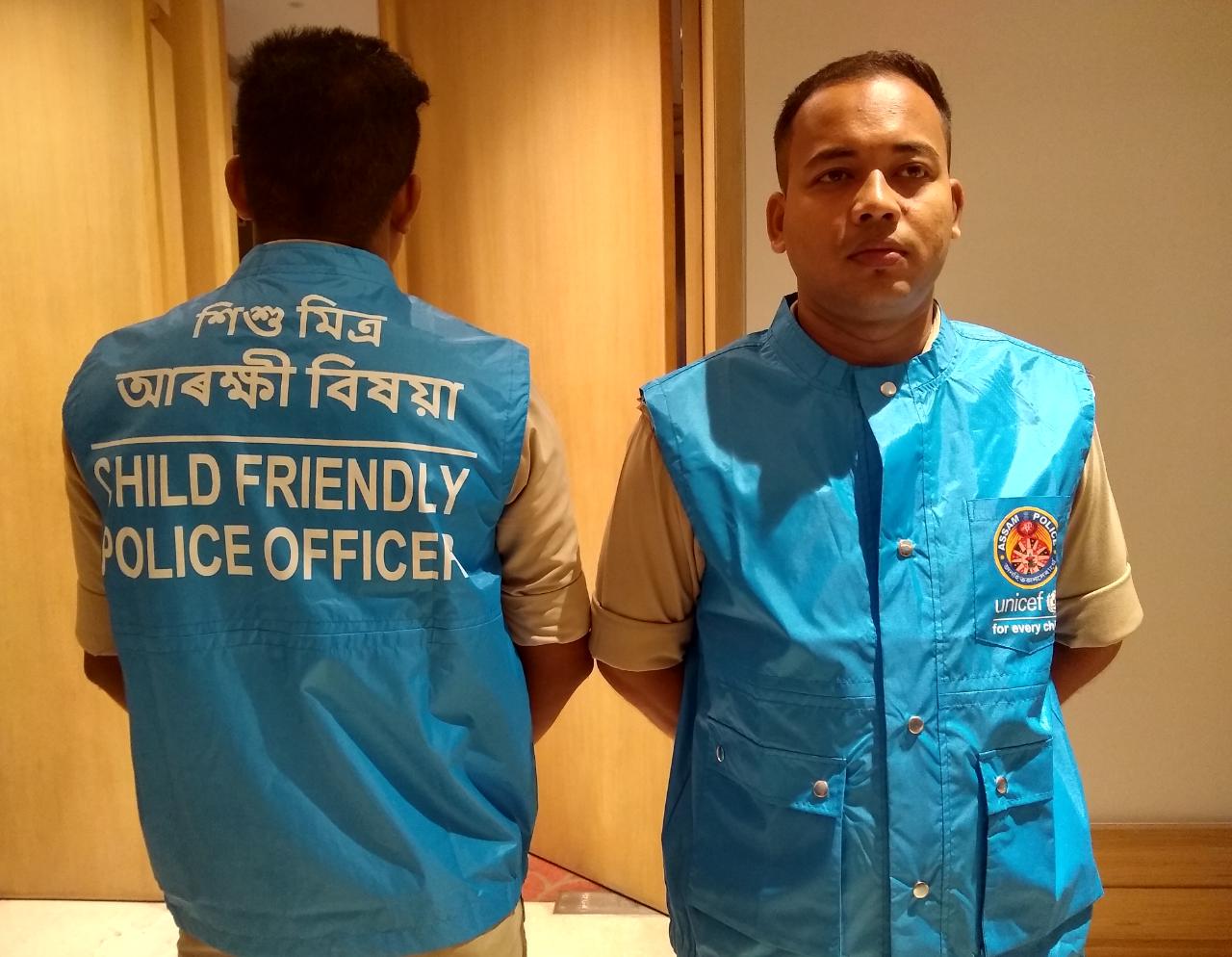 Under the child-friendly initiative of Assam police and Utsah, a special jacket has been designed for the police officers to wear it while dealing with child-related cases. The jacket is of child-friendly light blue colour, with adequate pockets and pen holders. The jacket has been specially designed to hide the belt and the gun. It may be mentioned that as prescribed by Juvenile Law, a police officer should not be in uniform while dealing with a child. \

Chief Minister Sarbananda Sonowal lauding the efforts of the Assam Police, UNICEF and Utsah, said that this unique initiative will set a benchmark across the country. "There's nothing more important to the future of society than the safety of children," Sonowal said. He further added a child-friendly environment should be created in all police stations of Assam. He congratulated the department for the move.

Director-General of Police, Assam, Kuladhar Saikia lauded the efforts and said, "Children are an asset for us. They are teachers, teaching us how to love and care. They are also the first victim in any case, so while handling them, we should be very careful and keep these things in mind." Deepak Kumar, Commissioner of Police, Guwahati also lauded the efforts and said that this unique initiative will help in creating a good image of the police in the mind of a child.

Speaking on this unique initiative, Miguel Das Queah, Founder of Utsah, highlighted the need for awareness in regards to juvenile law among the police and the common people as well. "This initiative was undertaken after a lot of evaluation and brainstorming. We initially discussed it with the UNICEF and they were kind enough to join us in this initiative. Utsah and UNICEF, jointly sent a proposal in this regard to the Assam Police and the response was positive," Miguel said. He further added that this unique program will help not only the police in dealing with a child, but will also change the image of police among the children of the State. The Assam Police Sishu Mitra Program is the first of its kind initiative in the country.