Over the last few days, several deaths have been reported across West Champaran and Gopalganj over the alleged consumption of spurious liquor. 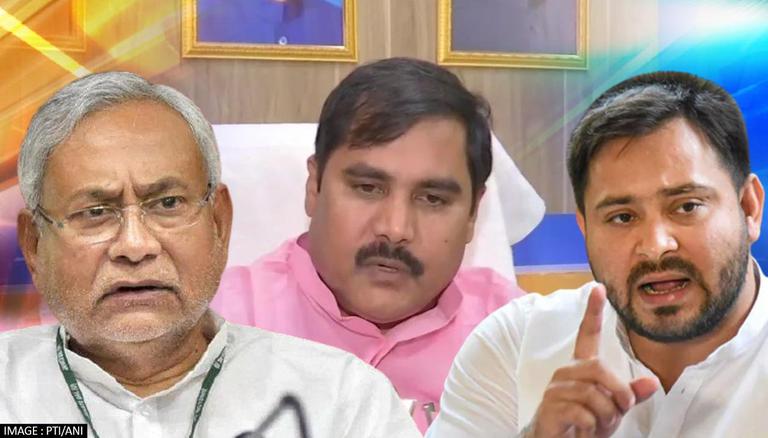 
As spurious liquor claimed the lives of several in Bihar, Minister of state Janak Chamar on Thursday called it a ‘conspiracy’. Speaking to the media, the Bihar Minister outlined that the liquor is primarily consumed by the poor, and when action is taken, and raids are conducted, the poor get nabbed. The statement of the Minister comes after Leader of Opposition Tejashwi Yadav claimed that while Nitish Kumar harped over upholding 'prohibition' in the state, his Ministers and police administration had distributed alcohol among the voters in the run-up to the by-elections. Claiming that there was illegal smuggling and a parallel black economy in Bihar, Tejashwi Yadav demanded that the Chief Minister take responsibility for the deaths.

"The weak get nabbed, the weak die. Unfortunate!" Bihar Min Janak Chamar on deaths reported in Bettiah and Gopalganj due to spurious liquor," said Janak Chamar in retaliation.

Over the last few days, several deaths have been reported across West Champaran and Gopalganj over the alleged consumption of spurious liquor. Sources have informed Republic Media Network that upon consuming the alcohol, people complained of intense stomach aches and lost their lives within a few hours at their homes or at hospitals. In the wake of the scare, several have been taken under medical observation at hospitals. Police have been conducting raids at various places and arrests in relation to the alleged distribution of bad liquor have also been made.

The Panchayat Superintendent of West Champaran told local media reporters, "Prima facie, these deaths look to have occurred following the consumption of poisonous substances. However, the exact cause of the death could only be known after the post mortem reports are provided."

"Two persons died while they were undergoing treatment while two others died when they were being taken to hospital. The cause of the deaths can be known only after post mortem reports arrive," he said to a local news agency.