BJP MP Arvind Sharma said his comments were not directed to any person, but to ‘anti-social’ elements that attempt to create unrest in the society. 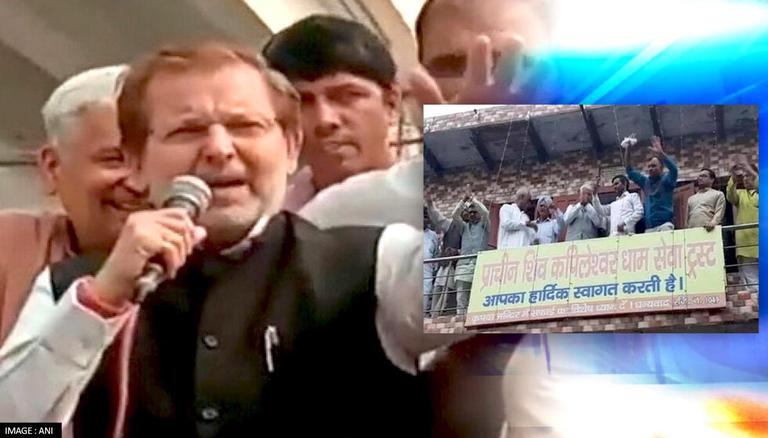 
Defending his remarks against Congress protestors who had gheraoed BJP leaders in Haryana’s Rohtak on Friday, BJP MP Arvind Sharma said that his comments were not directed to any person, but to 'anti-social' elements that attempt to create unrest in the society.

Arvind Sharma had landed in controversy on Saturday for his disputed remarks against Congress workers who allegedly issued threats to former Haryana minister Manish Grover over his comments against protesting farmers. Grover and some other BJP leaders were even gheraoed by angry farmers and held hostage for hours inside a temple complex in Rohtak's Kiloi as villagers staged a protest outside it on Friday.

Justifying his remarks against protestors, Sharma stated that they behaved cruelly with Manish Grover, and forced him to apologize for his remarks. They also threatened him against entering the village again.

"Who will tolerate such a Talibani behaviour? The next day, we took out a procession in retaliation to the protestors’ remarks. During the protest, we found out that many Congress workers threatened to attack Manish Grover. These workers were associated with officer bearers in the party.

When I heard this, I was enraged. So without taking anyone's name specifically, I lashed out anti-social elements, saying that such things won't be tolerated," the BJP MP for Rohtak told ANI.

On Friday, enraged farmers had held up Manish Grover and several other BJP leaders inside a temple in Kiloi village for nearly eight hours. It was only after Grover folded his hands in apology that they were allowed to leave.

After escaping the situation, Grover denied offering an apology, claiming that he was asked to "wave at everyone". The former minister also said that he would visit the temple whenever he wanted.

Other leaders held hostage inside the temple were minister Ravindra Raju, Rohtak Mayor Manmohan Goyal, and party leader Satish Nandal. The farmers had asked the villagers to surround the temple from all sides.