The BJP dubbed Pakistani Foreign Minister Bilawal Bhutto's personal comments against Prime Minister Narendra Modi as "highly shameful and derogatory" and said it will hold nationwide protests against them on Saturday. 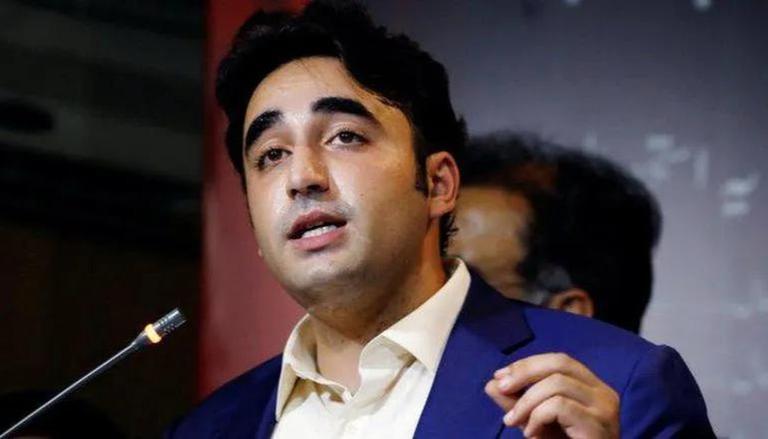 
The BJP dubbed Pakistani Foreign Minister Bilawal Bhutto's personal comments against Prime Minister Narendra Modi as "highly shameful and derogatory" and said it will hold nationwide protests against them on Saturday.

"His remarks are highly derogatory, defamatory and full of cowardice and has been given just to remain in power and save the (Pak) government," the BJP said on Friday and reminded the neighbouring country that the Modi government's rescue mission for students during the Ukraine-Russia war also evacuated its citizens.

"The kind of language Bhutto has used is extremely reprehensible which does not reflect the true spirit of statesmanship and also crosses the limit of decency in public life. Does he even have the stature to comment about our Hon'ble Prime Minister Narendra Modi ji who is a true statesman and a highly respected global leader," the BJP said.

The Pakistani leader's comments are also aimed at misleading the world and divert global attention from his country's collapsing economy, lawlessness and anarchy, besides simmering differences in the Pakistani army, its deteriorating global relations and the fact that it has become a major sanctuary for terrorists, the party said in a statement.

The ruling party will hold protests in all the state capitals across the country on December 17 and its members will burn the effigies of Pakistan and its foreign minister, according to the statement.

Bhutto's statement against Modi is "highly condemnable and totally uncalled for", and the "demeaning" statement has further lowered the image of Pakistan globally.

What more can be expected from Pakistan's foreign minister who reflects his and his government's desperation and mental bankruptcy, the BJP said.

On one hand India under Modi's leadership has left an indelible mark on various global forums and on the other there is Pakistan which has faced ridicule and insult on various international platforms, the statement said.

While India's foreign policy is being appreciated globally, Pakistan is facing backlash from even smaller nations, it added.