BJP's IT Cell head Amit Malviya on Thursday urged Congress leader Rahul Gandhi to experience how people are treated at detention centers in other countries.

BJP's IT cell chief Amit Malviya on Wednesday took to Twitter and slammed Congress leader Rahul Gandhi for spreading lies about detention centers in India. The BJP leader urged the Congress leader to experience for himself how countries treat illegal migrants. Amit Malviya stated that since Rahul Gandhi travels abroad quite often, he should once stay beyond his valid visa permit and experience life in a ‘detention centre’ before being deported back to India.

Since Rahul Gandhi travels abroad quite often. Let him on one of those travels overstay beyond the valid visa permit and experience for himself how he is identified and put in a ‘detention center’ before being deported.

He will then learn how countries handle illegal migrants...

In another tweet, Amit Malviya called out Rahul Gandhi for lying about detention camps during the UPA regime. Malviya posted a picture of a press release issued by the UPA government in 2011 which claimed setting up three 'detention camps’ in Assam and sending 362 illegal migrants there.

Seen this press release from 2011 issued by the Congress govt claiming to have sent 362 illegal migrants to ‘detention camps’ in Assam.

Just because India has rejected you repeatedly, are you hell bent on destroying it with your politics of hate and fear mongering? pic.twitter.com/wc9HPWjBlS

Earlier on Thursday, Congress leader Rahul Gandhi had taken to his official Twitter handle and called out Prime Minister Narendra Modi for being a 'liar'. The Congress leader shared a video from a news agency that spoke about a detention center in the northeastern state of Assam. 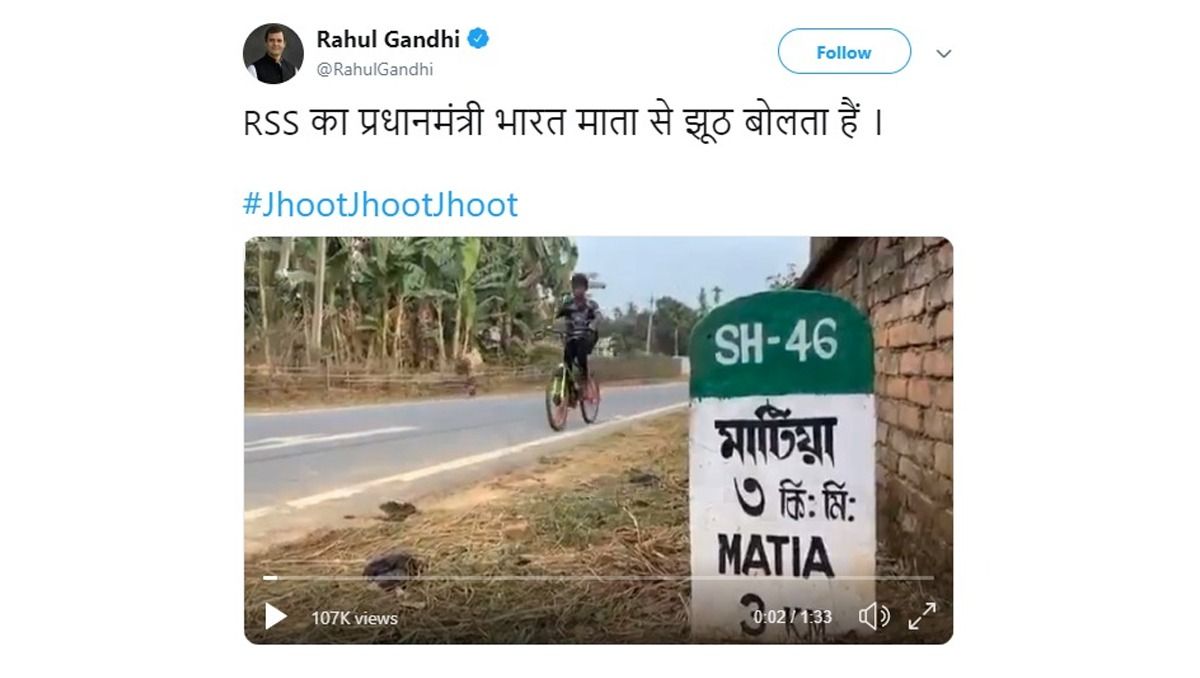 Earlier this month, while speaking at the Aabhar rally at Ramlila Maidan in the national capital, Prime Minister Narendra Modi had denied the existence of any detention centers in India. Requesting the youth of the country to read the Citizenship Amendment Act in detail, he asked them not to believe in any rumors about the detention centers. He contended that such a “lie” was dividing the nation.

I request the youth of the country to read the Act in detail and not to fall prey to the rumors of detention-centers being spread by Urban Naxals and Congress.

It's a lie and is dividing the nation: PM Modi #DilliChaleModiKeSaath