A blast was reported at Punjab's Nawanshehar where an explosive was thrown inside the district police station by some unidentified perpetrators. 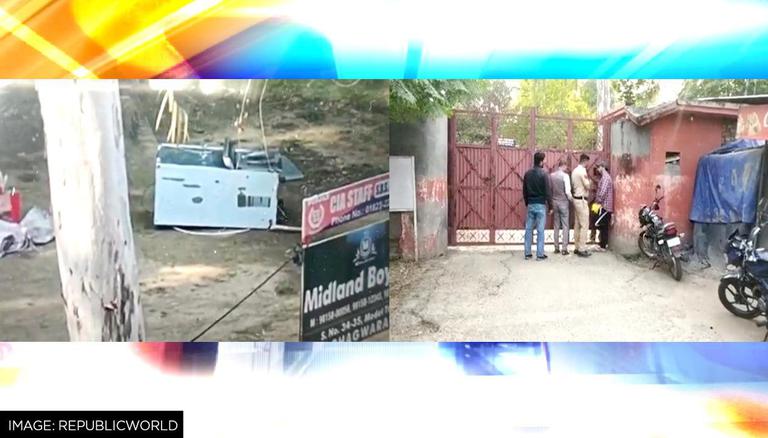 
A major blast was reported on Monday at Punjab's Nawanshehar where an explosive was thrown inside the district police station by some unidentified perpetrators. The blast took place at the Punjab Police's CIA staff office (Crime Investigation Agency) located in a village named Mlahon in Nawanshehar district. The police investigation is currently underway.

Later in the day, further police investigation revealed that it was a low-intensity Chinese Grenade that was thrown at the CIA staff police station.

Notably, Nawanshehar is the hometown of Indian freedom fighter Bhagat Singh. The district is around 167 Kilometers away from the India-Pakistan border.

Meanwhile, Punjab Police on Saturday said that it will start night domination operations to stop cross-border smuggling of arms and ammunition. Punjab DGP Iqbal Preet Singh Sahota has ordered officials to adopt a zero-tolerance policy against drugs, illegal mining and corrupt practices. During the crime review meeting in Jalandhar, Sahota ordered border Senior Superintendents of Police (SSPs) to divide their district into sectors and depute a Gazetted Officer for every sector, who will be personally out on the night domination.

The Punjab Police on Wednesday had recovered an explosive-filled Tiffin box or in an agricultural field in Ferozepur district close to the Indo-Pakistan border. This came following the interrogation of three people arrested in relation to the Jalalabad blast case. On last Monday, Ludhiana Rural police had arrested two people - Jaswant Singh alias Shinda Baba and Balwant Singh- for allegedly providing help to Ranjeet Singh alias Gora, an accused in the Jalalabad blast case which took place on September 15.