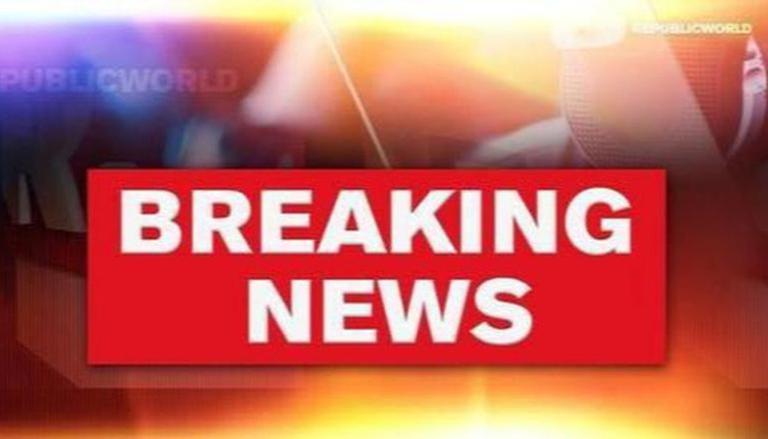 #WATCH | Priests perform 'Maha Aarti' on the bank of Ganga river in Varanasi on the occasion of Dev Deepawali pic.twitter.com/AR0bIsWtwf

Tamil Nadu: 'Mahadeepam’ lit atop the hillock near Sri Subramaniaswamy Temple in Tirupparankundram, Madurai on the occasion of the Karthigai festival.

Tamil Nadu: 'Mahadeepam’ lit atop the hillock near Sri Subramaniaswamy Temple in Tirupparankundram, Madurai on the occasion of the Karthigai festival. pic.twitter.com/B0TXe7zlVf

The Victory of farmers is a major setback to Sangh Parivar's strategy of dividing ppl through communalism and implementing capitalist agendas. This struggle gives people energy to hold on to the dream of a world where equality and brotherhood plays a crucial role: Kerala CM Pinarayi Vijayan

Delhi has recorded zero COVID-19 fatality and 30 fresh cases in the past 24 hours; the Positivity rate currently stands at 0.05%, according to the authorities.

Rajasthan Chief Minister Ashok Gehlot on Friday expressed concern over the fresh surge of COVID-19 cases in several districts of Rajasthan. He said that he will write to PM Narendra Modi urging him to allow a booster dose of the vaccine.

"As was the case when President George W. Bush had the same procedure in 2002 and 2007, and following the process set out in the Constitution, President Biden will transfer power to the Vice President for the brief period of time when he is under anaesthesia," White House press secretary Jen Psaki said in a statement. "The Vice President will work from her office in the West Wing during this time," she added.

Congress MP Deepender Singh Hooda on Friday celebrated the withdrawal of three farm laws with farmers at Tikri on the Delhi-Haryana border.

Jhansi node of UP Defence Industrial Corridor will open new opportunities for MSMEs and small industries, providing new employment opportunities to the youth. This means that the region, which was suffering the plight of migration, will now become an attraction for investment: PM Narendra Modi

The Golden Temple in Amritsar has been illuminated and fireworks displayed on the occasion of Guru Nanak Jayanti.

Punjab | Golden temple in Amritsar illuminated and fireworks displayed on the occasion of #GuruNanakJayanti pic.twitter.com/col0SmJbmr

19:01 IST, November 19th 2021
Rashtra Raksha Samarpan Parv is Jhansi is beginning of new chapter in history of the defence in India: PM Modi

Rashtra Raksha Samarpan Parv is Jhansi is the beginning of a new chapter in the history of defence in India. Foundation stone for a new plant of Bharat Dynamics Limited has been laid here. It will give new recognition to the Jhansi node of UP Defence Corridor: PM Modi in Jhansi

Today, I want to remember Jhansi's son Major Dhyan Chand, who brought recognition for Indian sports around the world. Some time back, our government named the Khel Ratna Awards after Major Dhyan Chand: PM Modi in Jhansi

"Today this land of Jhansi is witnessing the grand nectar festival of freedom. Today a new, strong and powerful India is taking shape on this earth," PM Modi said addressing Rashtra Raksha Samarpan.

18:07 IST, November 19th 2021
Memorial will be constructed to honour the sacrifices of farmers during ‘Sangarsh’: Punjab CM Channi

"Much delayed but I welcome Centre's decision to repeal three black farm laws. A memorial will be constructed to honour the sacrifices of the farmers during the ‘Sangarsh’. I urge PM @narendramodi ji to make MSP a statutory right," Punjab Chief Minister Charanjit Singh Channi tweeted.

Prime Minister Narendra Modi has reached Jhansi Fort. He will launch and dedicate to the nation multiple initiatives of the Defence sector at ‘Rashtra Raksha Samparpan Parv’ in the district. 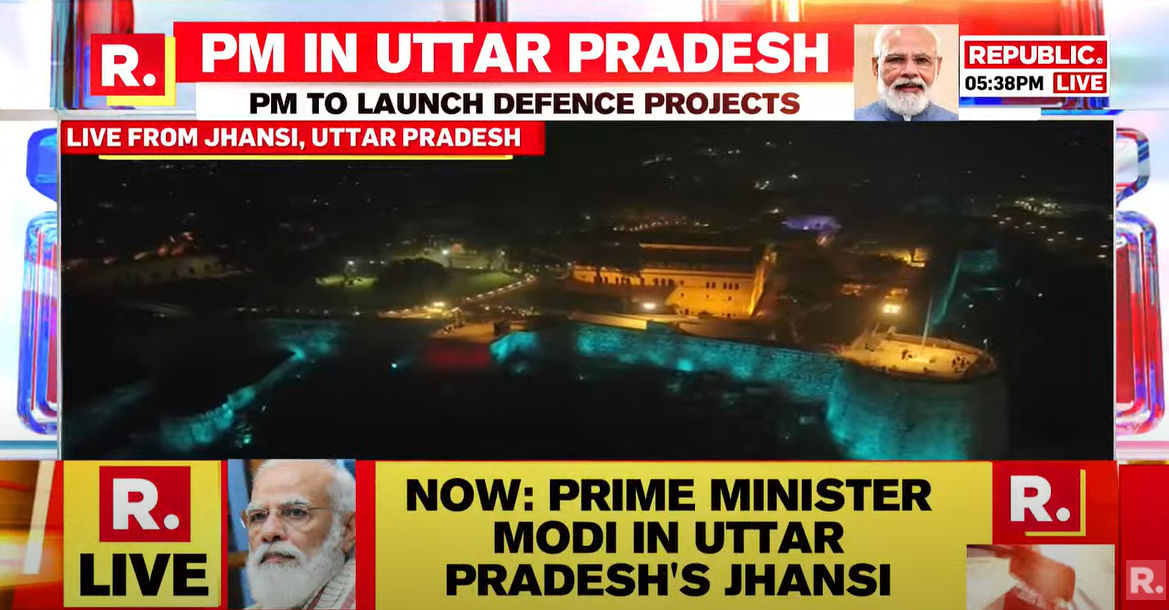 Congress to observe 'Kisan Vijay Diwas' across the country tomorrow "in recognition of consistent and spirited fight of the farmers against the flawed decisions"; asks state units to organise Kisan Vijay Rallies/Kisan Vijay Sabhas 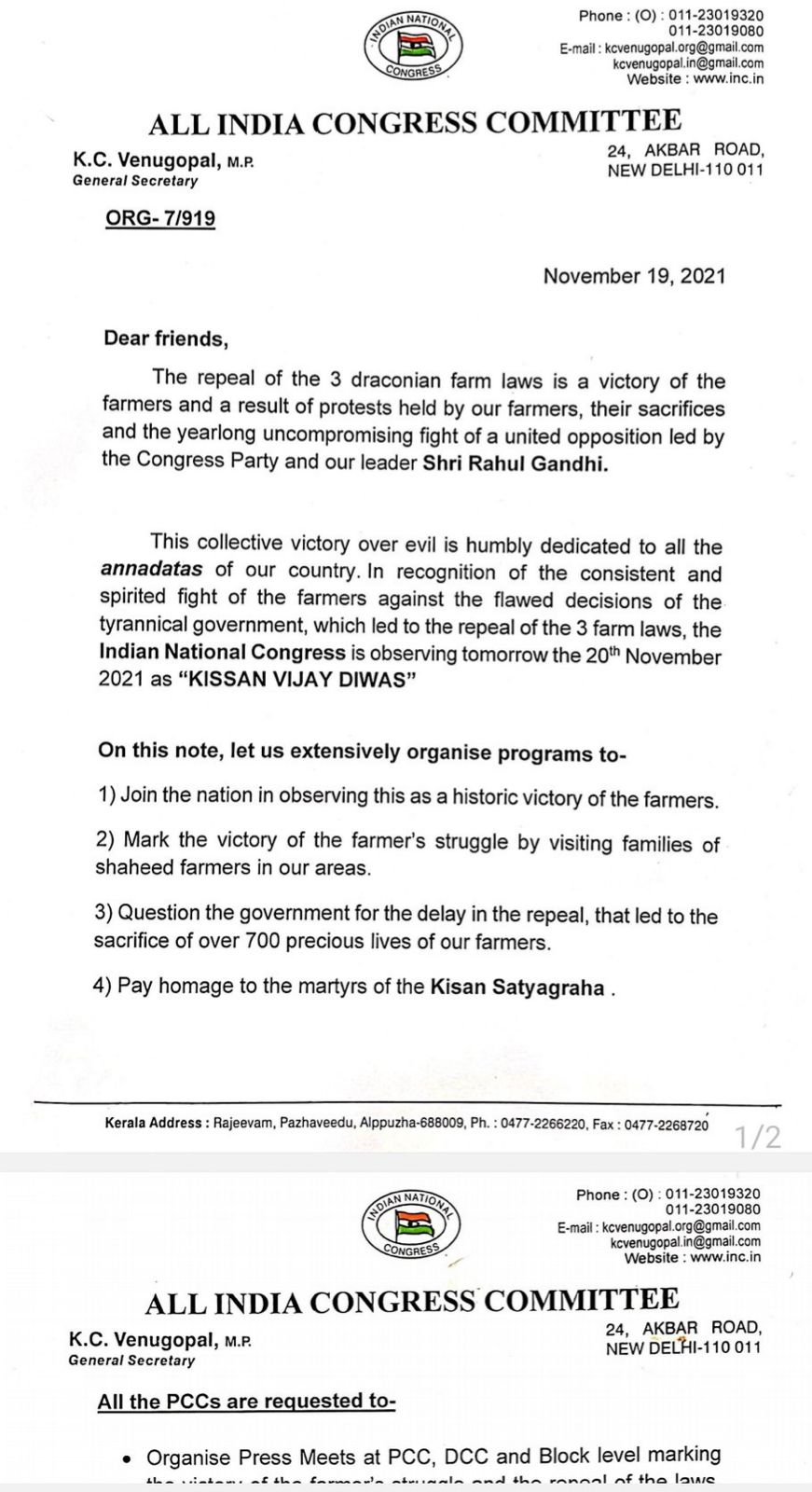 "Farmers can't get benefits until electricity rates are cut and MSP is implemented with a new approach. This (repeal of three farm laws) has been done to woo farmers but the people can't be fooled. They know everything and vote against BJP," RJD chief Lalu Prasad Yadav said, ANI reported.

He asked, "What about the families of the 700-750 farmers who died during the agitation against these black laws? They've withdrawn the laws now that Assembly elections are around the corner. They've lost on this front and they'll face defeat there (in elections) too."

In a democracy, any decision should be taken after talks with every stakeholder and deliberations with the Opposition. I hope the Modi government has at least learned something for the future: Congress Interim President Sonia Gandhi on Farm Laws

"Union government tried to garb the strength of agriculture from Punjab It was a conspiracy of the Union government that is foiled today," Punjab Chief Minister Charanjit Singh Channi after Prime Minister Narendra Modi announced to repeal farm laws in the upcoming session of Parliament.

"MSP is bigger issue than farm laws, it is the lifeline of Indian farmers … If the central govt genuinely wants to fulfil their promise of doubling the farmers income or accepting the C2 formula of Swaminathan report, then they should accede to this demand," Congress Punjab president Navjot Singh Sidhu tweeted.

MSP is bigger issue than farm laws, it is the lifeline of Indian farmers … If the central govt genuinely wants to fulfil their promise of doubling the farmers income or accepting the C2 formula of Swaminathan report, then they should accede to this demand#JittegaKisan

"As Uttar Pradesh, Punjab elections have neared and people in Haryana, Punjab started boycotting BJP, they took this decision to repeal the Farm Laws. We can't forget that due to this govt, farmers were forced to sit on protest for 1 year," NCP chief Sharad Pawar said.

I myself had sought advice from all state agriculture ministers but this govt without discussion implemented the three farm laws: NCP chief Sharad Pawar after the repeal of three farm laws

"As a Union Agriculture Minister for 10 years, I had made this commitment on farm issue which is a state subject, that without taking all stakeholders into confidence, it was not right to bring in any new measure related to farm laws," he added.

Targeting opposition, PM Modi says, "No matter how much trouble these people create, the work of development of UP, development of Bundelkhand is not going to stop."