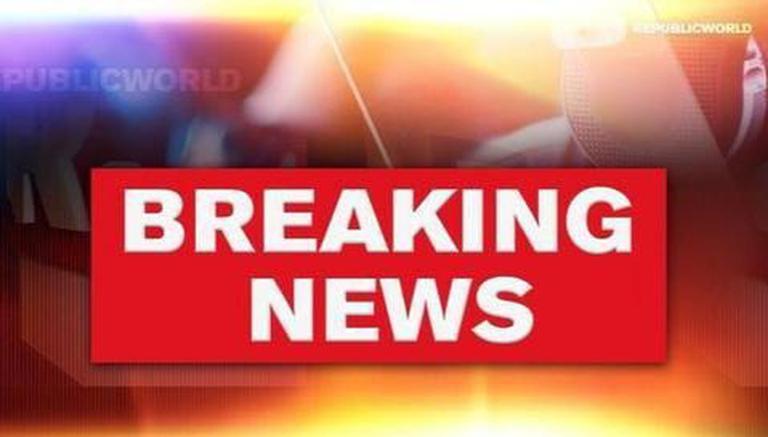 Welcoming PM Modi's announcement of withdrawing the 3 Farm Laws, the Samyukta Kisan Morcha (SKM) submitted 6 conditions in front of the Union government in exchange for putting an end to their protest.

The 6 conditions put forth by the farmers

MS Warkade, zone officer, Jabalpur Forest Park told ANI, "Three people have been arrested in connection with the death of a leopard near Temer Bhita village of Jabalpur".

Accusing BJP over alleged attacks on State Convenor Subal Bhowmik, TMC plans to stage a protest tomorrow. TMC shared images of the attack on Twitter and wrote, "Biplab Kumar Deb has unleashed his terror once again! They haven't even spared our State Convenor Subal Bhowmik. His house was attacked by BJP goons and Tripura Police continues to be silent spectator! Nothing can stop us from continuing our fight to restore democracy!".

Rashtriya Swayamsevak Sangh chief Mohan Bhagwat at an event said, "In these 75 years, we have not progressed as much as we should have. If we follow the path of taking the country forward, we will move forward, if we do not follow that path, we will not move forward".

More than 15 TMC MPs will reach Delhi tonight. They have sought an appointment with the Union Home Minister Amit Shah over the alleged police brutality in Tripura. The MPs will sit on a dharna from tomorrow morning in the national capital.

A new FIR has been registered against Riyaz Bhati, who along with former Mumbai police commissioner Param Bir Singh is absconding in an extortion case, at Versova police station in Mumbai.

Union Minister Jitendra Singh stated, "Retrieving Pakistan-occupied Jammu and Kashmir (PoJK) is next on the agenda". The MoS PMO said. "Retrieving PoJK is not only a political and national agenda but also a responsibility towards the respect for human rights because our brethren in PoJK are living in inhuman conditions and have been mercilessly denied even basic amenities like healthcare and education".

The Border Security Force (BSF) seized 6.060 kg of the suspected heroin from Abohar in Punjab's Fazilka district near the Indo-Pakistan border. According to BSF, narcotics is worth around Rs 30 crore in the international market.

Former Punjab Chief Minister Captain Amarinder Singh said that he will be contesting from his stronghold Patiala. Outlining that his family has been living in Patiala for over 400 years now, Amarinder Singh added that he is not going to leave the Punjab district because of Navjot Singh Sidhu.

Prime Minister Narendra Modi on November 20-21 attended 56th DGsP/IGsP Conference in Lucknow. The conference was attended by 62 DGsP/IGsP of States/UTs and DGs of CAPFs/CPOs. More than 400 officers of various ranks attended the conference virtually from IB offices across the country.

Union Health Minister Mansukh Mandaviya will hold a meeting on Monday, November 22, to review the progress of COVID-19 vaccination in North-Eastern states Manipur, Meghalaya, Nagaland as well as Puducherry, as per the official sources. The meeting is conducted in a bid to address the worrying first dose coverage in the aforementioned areas, which is less than 70%, as per the Ministry of Health.

The Income Tax Department raided more than 20 premises of a Gujarat-based group engaged in the manufacturing of chemicals and the development of the real estate. The officials seized more than Rs 2.5 crore in cash and jewellery worth Rs 1 crore during the raid.

The Directorate of Education informed that all schools in Delhi will remain closed for physical classes till further orders while online education will continue.

Trinamool Congress Youth President Saayoni Ghosh has been arrested by Tripura Police on an attempt to murder charges after three hours of interrogation. The police informed that a video went viral on social media where Saayoni was seen 'Khela hobe Biplab babu" at an election rally of the Chief Minister in the Ashram Chowmuhani area on Saturday.

While TMC alleged that the Tripura police reached the hotel Saayoni Ghosh was staying and called her for interrogation at the station. And after a few minutes of interrogation, over 25 workers of BJP attacked TMC workers in the police station wearing helmets and holding sticks.

The Uttar Pradesh ATS (Anti-Terrorist Squad)  arrested two Rohingyas who were involved in facilitating illegal human trafficking from Bangladesh and Myanmar into India and sending them to European, Gulf and Southeast Asian countries after making their forged Indian passports.

Zahida Khan and Rajendra Gudda have been sworn in as ministers of state in the Rajasthan Government.

Govind Ram Meghwal and Shakuntala Rawat took oath as Cabinet ministers in Rajasthan Govt. Also, Brijendra Singh Ola and Murari Lal Meena were sworn in as ministers of state in the Cabinet.

Hemaram Choudhary takes oath as a Cabinet minister in the Rajasthan Government at Raj Bhavan, Jaipur.

Rajasthan CM Ashok Gehlot at the Congress party's office in Jaipur said, "The contribution to the governance of those who could not be inducted in the Cabinet is no less than those who have been made ministers today".

Having already acquired around 30 Rafale fight planes from France, the Indian Air Force would begin upgrading its fleet of French-origin fighters from January 2022, with India's particular enhancements.

Rajasthan Chief Minister Ashok Gehlot and Congress in-charge for the state Ajay Maken arrived at the party's office in Jaipur, ahead of the state cabinet reshuffle. The new cabinet ministers will take oath at 4 p.m.

The Uttar Pradesh Anti-Terrorism Squad (ATS) on Sunday has two Rohingya members, belonging to Kolkata, West Bengal. They were arrested for allegedly making fake documents of Bangladeshis and Rohingyas and aiding their illegal entry into India. As per officials, the fake documents used to illegally bring citizens of Bangladesh and Myanmar to India

Lucknow | Our party has decided to contest elections on 100 seats. We're in talks with 1-2 more parties & time will tell if we form an alliance or not. We're in a position to win the elections: AIMIM Chief Asaduddin Owaisi, on UP Assembly Elections pic.twitter.com/Am6r2Y8Wj1

J&K: PDP chief Mehbooba Mufti and her party workers marched in protest from her residence to Governor's House in Srinagar, over Hyderpora encounter. "They'll have to return the bodies & give a compensation. LG will have to apologize. There should be a judicial probe," she says. 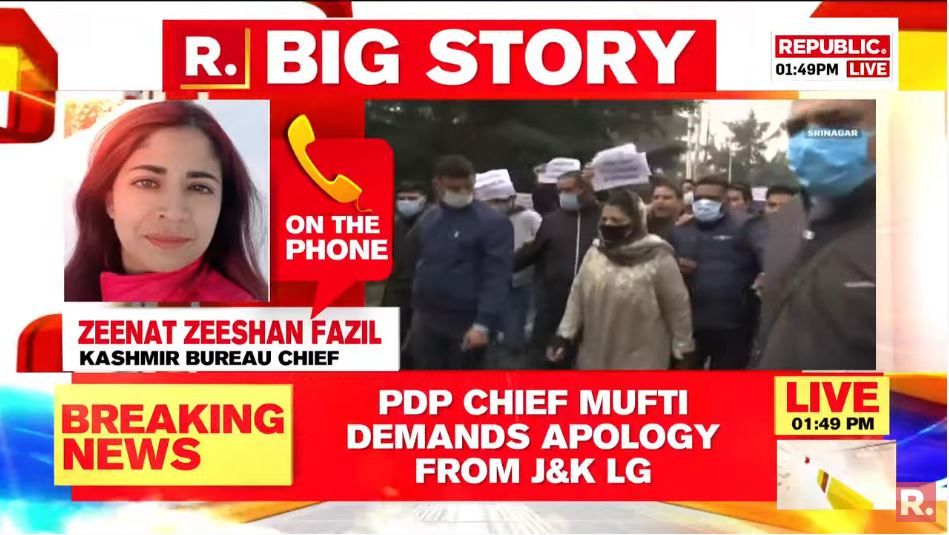