Public entry for the evening ceremony along the India-Pak border in Attari was resumed by BSF on September 15 last year after remaining shut during lockdown. 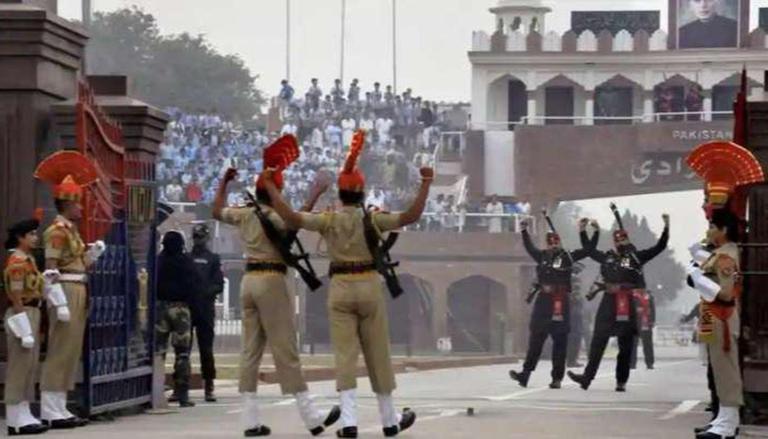 
Amid concern over the rise in COVID-19 cases, the Border Security Force (BSF) on Wednesday informed that the public entry to the daily flag-lowering retreat ceremony along the India-Pakistan border in Attari will be stopped. The BSF in a statement said that the action will be practised with “immediate effect”. Earlier, the ceremony was suspended for over a year since the first COVID induced lockdown on March 7, 2020.

The public entry for the evening ceremony along the India-Pakistan border in Attari was resumed on September 15 last year after remaining suspended due to the coronavirus pandemic. Now, the entry of public is once again being stopped in order to curb the fresh spread of infection. The event, which is held about 26 km from Amritsar city at Attari joint check post opposite Wagah of Pakistan, is a daily event that attracts large groups of people including tourists.

“In view of the COVID-19 situation in the country and latest guidelines issued from the office of the District Magistrate, Amritsar… dated 04.01.2022 vide which restrictions have been enforced for the civil public, BSF authorities have reviewed the situation and taken a decision to stop the entry of civil public coming to witness the retreat ceremony at JCP Attari with immediate effect,” the BSF said in a press release.

What happens at the Attari-Wagah beating retreat?

The ceremony at the Attari-Wagah border starts with a blustering parade by the soldiers from both sides and ends up in the perfectly coordinated lowering of the two nations' flags. It is called the beating retreat border ceremony on the international level. One Infantryman or Jawan stands at attention on each side of the gate. As the sun sets, the iron gates at the border are opened and the two flags are lowered simultaneously.

The flags are folded and the ceremony ends with a retreat that involves a brusque handshake between soldiers from either side, followed by the closing of the gates again. The spectacle of the ceremony attracts many visitors from both sides of the border, as well as international tourists. The border gates are then shut for the night. The soldiers of this ceremony are specially appointed and trained for this auspicious ceremony. Wagah Border Beating Retreat Ceremony is considered one of the most spectacular events of India showing the symbol of rivalry & brotherhood.