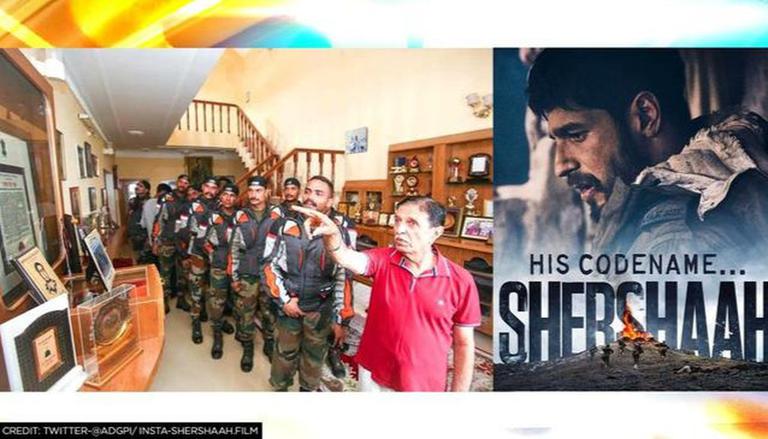 
Shershaah has been one of the most talked-about films this year. Not just has the movie gone on to be widely watched and achieve rave reviews, but it has also made more audiences aware of Kargil war hero Captain Vikram Batra's heroics in the Kargil war.

Today, September 9, marks the 47th birth anniversary of Captain Vikram Batra who achieved martyrdom in July 1999 in Kargil. Here's looking at the soldier's house, which has become a symbolic venue since his sacrifice.

Sidharth had even shared a handwritten letter that the soldier had written to his family. The actor penned an emotional message after paying tributes to the late soldier.

Not just Sidharth, but even the Indian Army soldiers had visited Capt Batra's house. The first floor of the soldier's residence has been converted into a museum and consists of many of his possessions like his camera, clothes, diary, and medals. To commemorate 20 years of Kargil Vijay Diwas, a Motorcycle Expedition was completed by the 13th Battalion of Jammu and Kashmir Rifles. The team had visited the venue and even posed with the late soldier's motorcycle.

Shershaah, directed by Vishnuvardhan, also stars Kiara Advani, Shiv Pandit, Sahil Vaid, among others. The movie has reportedly gone on to be the most-watched film on Amazon Prime within a month of its release.

He had also extended his gratitude to fans for the love that the movie has been receiving.

"You all deserve more than just a Thank You. Sending a big virtual hug♥️
I am so grateful and touched by the endless love and support that has been pouring in for #Shershaah," Sidharth had written on his Instagram page.