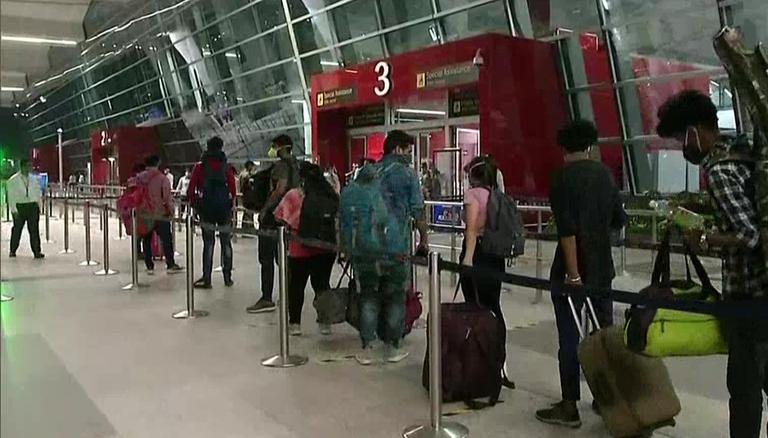 
The Central government on Friday announced that all international travellers flying to India will have to undergo seven days of mandatory home quarantine starting 11 January 2022. The official notification by the Centre informed that the travellers from 'at-risk' countries will need to follow additional measures on arrival in the country, which also includes post-arrival testing. These passengers will be tested for COVID-19 at the airport before being quarantined and will have to take an RT-PCR test on the 8th day of their arrival. As of now, 19 countries have been put into the 'at-risk' category.

The list of the 'at-risk' countries is being updated regularly based on the prevalent epidemiological situation of COVID-19 in these countries including circulation of Variants of Concern.

The Centre has also ordered submission of a self-declaration form for all passengers on the online Air Suvidha portal before their scheduled travel date, including the last 14 days travel details. In addition to this, a negative RT-PCR test conducted within 72 hrs prior to their journey has been made mandatory.

Guidelines for passengers flying in from ‘at-risk’ countries

“The contacts of such positive cases should be kept under home quarantine monitored strictly by the concerned State Government as per laid down protocol”, the notification read.

Guidelines for passengers from countries other than ‘at-risk’ ones

Those arriving via sea ports have been directed to follow the same protocols and submit the self-declaration form to the concerned authorities of the Government of India following their arrival. Besides, children under 5 years of age have been exempted from both pre- and post-arrival testing, however, tests will be conducted if they are found symptomatic for COVID-19 on arrival or during the home quarantine period.

Guidelines for travellers before boarding flights

Guidelines for travellers during their travel