On the last day of Food Processing Week, the Centre inaugurated a food processing unit in Madhya Pradesh as part of the Pradhan Mantri Kisan SAMPADA Yojana. 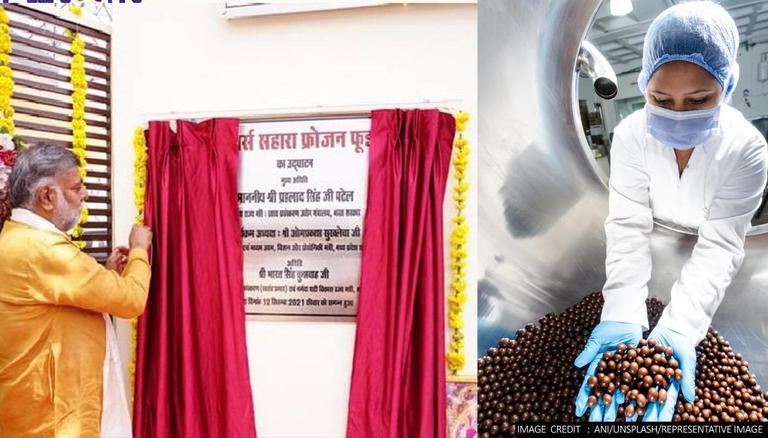 
On the last day of the commemoration of Food Processing Week, the Centre launched a food processing unit in Madhya Pradesh under the Pradhan Mantri Kisan SAMPADA Yojana.

The 'Azadi Ka Amrit Mahotsav' is being held by the Indian government to commemorate 75 years of freedom. The Ministry of Food Processing Industries is marking Food Processing Week from September 6 to 12 and is hosting a variety of activities as part of the occasion.

According to a release from the Ministry of Food Processing Industries, the Union Minister of State for Food Processing Industries, Prahlad Singh Patel, inaugurated the Food Processing Unit of M/s Sahara Frozen Foods in Morena, Madhya Pradesh, under the Cold Chain scheme of the Central sector scheme - Pradhan Mantri Kisan SAMPADA Yojana. Prahlad Singh Patel, who spoke at the event, said that the processing centre will benefit everyone in the community. He also stated that the Ministry always prioritises local farmers and regional products and that it is working diligently to expand India's food processing sector to its full potential.

The Sahara Frozen Foods factory was built at a cost of Rs 21.09 crores, with a grant in help from the Ministry of Finance of Rs 10 crores. About 700 people will be employed directly and indirectly by the facility, and about 1,000 farmers in the CPC and PPC catchment areas would profit. In addition to the aforementioned initiatives, the Pradhan Mantri Formalisation of Micro Food Processing Enterprises (PMFME) scheme has disbursed Rs. 5.41 crore in Seed Capital to Community Based Organizations for 1498 self-help groups (SHG) members in Maharashtra.

The Azadi Ka Amrit Mahotsav is a nationwide campaign that will emphasise citizen participation and will culminate in a 'Janandolan' in which little changes at the local level build up to huge national benefits. To commemorate the monumental occasion, there will be a series of initiatives for a revived Aatmanirbhar Bharat in all Departments and Ministries. In the following themes, how do you envisage the India of tomorrow, the India that will combine the best of tradition with the most modern, global outlook: Governance, Development, Technology, Reform, Progress & Policy, Other.