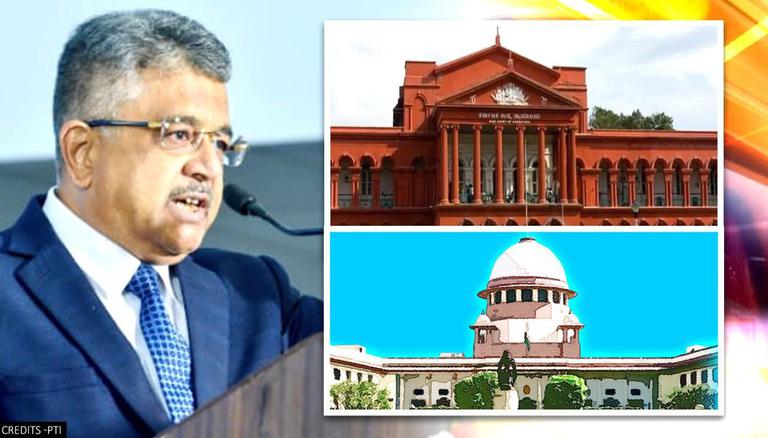 
In the latest development, the Centre has moved Supreme Court over the Karnataka HC's order on enhancing the supply of liquid medical oxygen to the state from the existing 965 MT to 1200 MT and has sought a stay on the directions issued by a division bench comprising of Chief Justice Abhay Oka and Justice Aravind Kumar. In a Special Leave Petition filed before the SC, the Centre argued that the directions passed by the Karnataka HC could lead to 'mismanagement of resources and create a  chaotic environment in an already overburdened system' and pointed out that the Centre was working day and night as it grappled with the COVID-19 crisis. Further, the Centre's plea claimed that time had not been accorded by the HC for the Union Govt to justify the Oxygen amount allocated to Karnataka and noted that the petitioner had no alternate remedy.

The Centre sought a stay on the operation, implementation and effect of the impugned order dated May 5 and to stay the proceedings concerning the revised allocation plan for the supply of Liquid Medical Oxygen to Karnataka. A Supreme Court bench headed by Justice D Y Chandrachud was told by Solicitor General Tushar Mehta that the state of Karnataka is being supplied 965 MT LMO presently and the order needed to be stayed urgently. The bench, also comprising Justice M R Shah, said it will have to look at the paper book before issuing any order.

The Karnataka High Court has asked the Centre to immediately increase the cap on allocation of liquid medical oxygen (LMO) to Karnataka to 1200 MT per day amid the crisis. The bench of Chief Justice Abhay Oka and Justice Aravind Kumar directed the Centre after analysing the pandemic situation in Karnataka. "We direct the Government of India to increase the cap on supply of oxygen to the state to upto 1200 MT per day from the sanctioned allocation of 965 MT," said Chief Justice Abhay Oka and Justice Aravind Kumar.

As per the Karnataka Government's order the requirement that the state has made out and has not been refuted by the Centre is a minimum of 1162 MT per day and a maximum of 1792 MT per day, as on May 5.

In addition, the Karnataka High Court has also asked the state government to submit a representation to the Centre stating a projected estimate of oxygen for the next one week. Moreover, it also stated that the representation should be considered within four days.

Karnataka on Wednesday reported the single largest day spike in both COVID-19 cases and fatalities since the start of the pandemic, with 50,112 infections and 346 deaths. This took the total caseload to nearly 17.5 lakh and the fatalities to 16,884.In addition, 26,841 people were discharged on Wednesday. The state has recorded 17,41,046 positive cases so far which includes 16,884 deaths and 12,36,854 discharges, the health department's bulletin said. Active cases in the state stand at 4,87,288.