After the Nainital HC lifted the ban on Chardham Yatra, the Uttarkhand government on Saturday made it mandatory for pilgrims to possess neg COVID report. 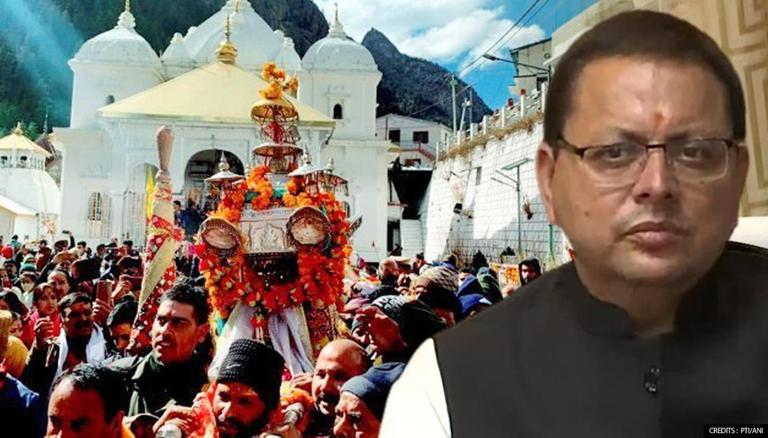 
After the Nainital High Court (HC) lifted the ban on Chardham Yatra, the Uttarkhand government on Saturday made it mandatory for pilgrims to possess a COVID negative report if they had no proof of 100% inoculation. The HC, while lifting the ban on Thursday, had maintained that only 100% inoculated tourists will be allowed to attend the annual pilgrimage. It is important to note that on June 28, the HC had ordered a stay on the Chardham Yatra citing the lack of health facilities, shortage of doctors and adequate preparations to control COVID.

State Culture Secretary, Harichandra Semwal, had issued the SOPs for the yatra on Friday and said that adherence to SOP's would be essential for the safe conduct of Char Dham Yatra. The Uttarakhand government, while allowing the stay on the Char Dham Yatra, issued certain Standard Operating Procedures (SOPs). The SOPs suggested that all tourists who would be flocking Uttarakhand in the upcoming days must make it certain to carry a COVID-negative test report if they could not show proof of 100% vaccination.

According to the SOPs, registration and e-pass will also be made mandatory for the visit of the four pilgrimages. As per the SOPs related to worship at the Char Dham Yatra, only three devotees at a time will be allowed to worship. The issued SOPs have strictly maintained that bathing in the pools of the Char Dham Yatra will not be allowed. The Uttarakhand government has decided to scrutinise the arrangements related to the Char Dham journey and has said that police checkpoints will be set up in the travel routes.

Uttarakhand Chief Minister Pushkar Singh Dhami, after administering COVID-19 vaccine doses to the maximum number of people in the state on Prime Minister Narendra Modi's birthday, has now set a target to vaccinate the state's entire population by December 15.

Notably, as a part of the vaccination campaign launched by BJP workers to mark PM Modi's 71st birthday, people were seen getting their vaccine jabs on an extensive scale throughout the country. Subjecting on the same, UK CM Dhami said that the state government was looking forward to vaccinating the entire population with their first doses by the end of September and the second dose by December 15. The CM maintained that 92% of the population had already been inoculated with the first COVID vaccine dose.