Around 45% of children were found incapable of identifying double digits in the survey, and approximately 25% could not recognise the numbers. 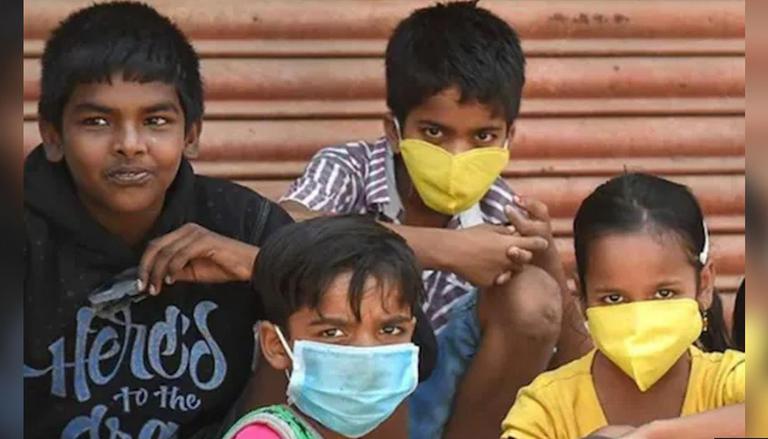 
It has been discovered that many children living in shelter homes in South and South West Delhi cannot identify double digits numerics. Around 45% of children were found incapable of identifying double digits, and approximately 25% could not recognise the numbers. The revelations came out in a survey conducted by DCPCR, Delhi Commission for Protection of Child Rights (DCPCR), in South and South-West Delhi shelter homes.

The report shows that around18 per cent of the children in these Delhi child care centres couldn't recognise the Hindi alphabet, and 37.5 per cent couldn't read Hindi stories correctly.

The survey also found that these children's math skills are considerably lower, with only 55% of them understanding double digits. However, this is not the case in all child care facilities.

While speaking to ANI, DCPCR Chairman Anurag Kundu on the degraded condition of the children of Child Care Homes, said that "we are constantly working to improve the education level of these children and that is why this survey was done so that their current status and level of education can be found and then work accordingly."

The survey was conducted in over 30 shelter homes, where more than 400 children aged 6- 18 years participated. A majority of those surveyed were between the 12-18 age groups. There are about 100 child care homes across Delhi. The onus of educating and taking care of these homeless, orphan children falls on the Delhi government, and the recent survey starkly reflects the government’s work.

Arvind Kejriwal led AAP’s Delhi government has several times boasted about the state’s robust education system and growing infrastructure. Imparting free and quality education has always been considered AAP’s top priority; however, the report's findings are in contrast to the government’s claims.

The schools have remained shut in the national capital, even as other states have decided to resume physical classes amid the dip in the cases. On July 23, Delhi Chief Minister Arvind Kejriwal said that the Delhi government is keeping an eye on the COVID situation and will learn from the experience of other states before opening the gates of schools in the national capital.

Will observe other states before opening Delhi schools: CM

CM Kejriwal stressed that ideally, schools should open only after vaccination has been done and most of the population is protected. He said, “The only ideal situation would be to open schools after vaccination. Our government will observe the experiences of other states where schools are opening for some days and then decide later. Parents are worried about their children's safety." With COVID-19 figures settling down, several states, including Gujarat, Andhra Pradesh, Maharashtra, Himachal Pradesh, Haryana, Tamil Nadu and Odisha have reversed the shutdown of schools and other educational institutes after several months of being closed.