Punjab Chief Minister Bhagwant Mann on Saturday exhorted people to start a mass movement to use "Punjabi language" in signboards on private and public buildings across the state. 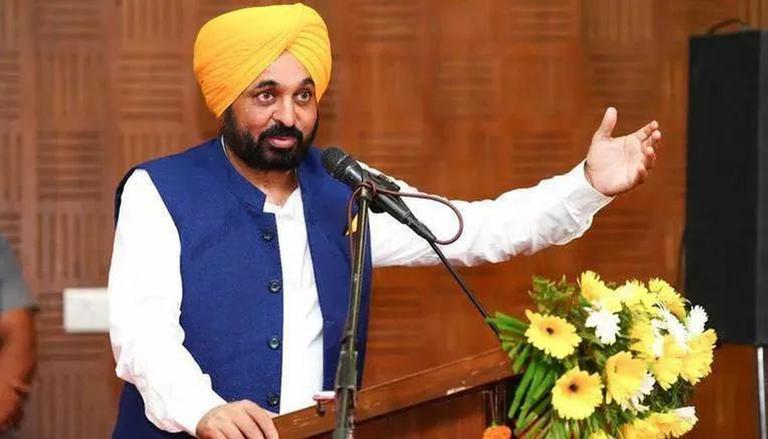 
Punjab Chief Minister Bhagwant Mann on Saturday exhorted people to start a mass movement to use "Punjabi language" in signboards on private and public buildings across the state.

He also reiterated his government's commitment to promoting Punjabi language and culture.

Addressing a state-level event to mark Punjabi Language Month at Guru Nanak Dev University here, the chief minister cited the examples of Maharashtra and Tamil Nadu where people showed respect to their mother tongue by using their native language in signboards of shops and commercial establishments.

He said the time had come for Punjabis to come forward and adopt this "noble practice".

Mann exhorted people to make sure that all signboards prominently displayed Punjabi with other languages as a mark of respect to the mother tongue.

People should ensure that signboards in Punjabi are put up before International Mother Language Day on February 21, Mann said as he underscored the need to make this a mass movement.

He said wise Punjabis would adopt this approach before February 21 while the remaining ones would be made to toe the government line after that.

The chief minister also called upon the Punjabi community in India and across the world to promote Punjabi language and culture.

It is a fact that no one can survive by detaching themselves from their rich culture and mother tongue, said Mann.

He pointed out that while English was universally accepted across the world as a link language, it should not be promoted at the cost and status of one's mother tongue.

The chief minister called for this trend to be reversed as it was undeniable that people could communicate and express themselves only in their mother tongue.

"Due to mental slavery, we still believe in superiority of English whereas the fact is that Punjabi is the best language for every one of us," he added.

"Many countries abroad are using Punjabi language but we are somehow shying away from using it. No language is a symbol of intelligence but unfortunately we are continuously ignoring our own mother tongue just to pursue English," the AAP leader added.

Citing the example of France, the chief minister said the French preferred to converse in their mother tongue as a mark of respect, adding that Punjabis should also make their native language an integral part of their lives.

He added that every Punjabi should feel proud of their glorious cultural heritage.

Punjab is the land of great gurus, saints, seers and martyrs, he said, adding that it had been a torchbearer for mankind for ages. He went on to add that Punjabis had carved a niche for themselves across the globe by their hard work and dedication.

READ | Look at Haryana, UP before saying anything about Punjab law & order: Bhagwant Mann to BJP

Punjabi is a treasure trove of literature, songs, poems and other material, he said, adding that the time had come to preserve this wealth and perpetuate it.

"We must feel proud of our language, culture and traditions," he said, adding that universities and colleges must come forward for the cause.