'Agnipath' is the new recruitment scheme for soldiers in the Army, Navy & Air Force, on a short-term contractual basis. Women will also be part of the scheme. 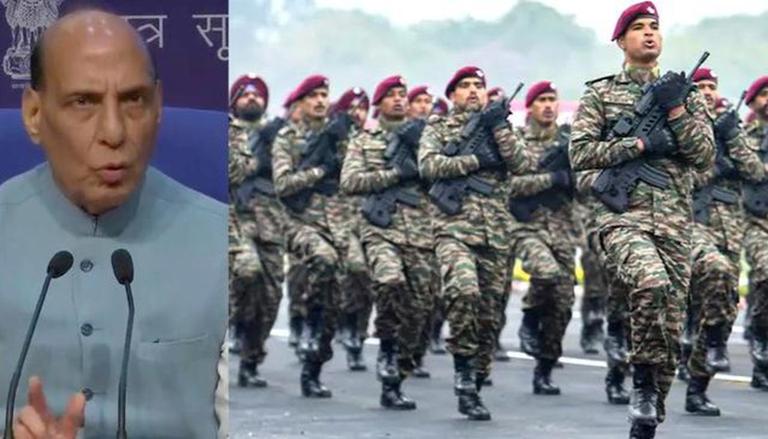 'Agnipath' is the new recruitment scheme for soldiers in the Army, the Navy and the Air Force, mostly on a short-term contractual basis and the soldiers recruited under this scheme will be called "Agniveers."

Addressing a press conference, Army Chief General Manoj Pande said, ''Agnipath scheme aims to make the Army a future-ready fighting force capable of meeting multiple challenges across the full spectrum of conflict and it will increase the technical threshold of the Army by recruiting 'Agniveers' through ITI's and other tech-institutes."

General Manoj Pande also stated that the Agniveers will be assimilated and integrated into the Army in every way as the government will institute a fair, transparent and scientific method in screening the candidate. "There won't be any compromise on the skillset of Agniveers. We will deploy Agniveers on borders," COAS Manoj Pande added.

Indian Navy Chief Admiral R Hari Kumar said, "As far as Navy is concerned, Agniveers will provide a steady and continuous infusion of unbridled vitality, enthusiasm and new-age abilities of youth. Women too will be included in the Agnipath scheme of the Indian Navy."

On June 14, Union Defence Minister Rajnath Singh approved the Agnipath scheme, under which youngsters will be given the opportunity to serve in the regular Armed Forces cadre. The aim behind this move is to drastically reduce the ballooning wage bills and the defence pension bill, which has been a major worry for the government for many years.

Explained: How will the Agnipath scheme work?

Agnipath is a pan-India short-term service youth recruitment scheme for the Armed Forces. Agniveers will be employed for four years and rigorous military training will be imparted to them.

The age group for eligibility under the scheme is 17.5 to 21 years. The starting annual package will be Rs 4.76 lakh, which can be increased to 6.92 lakh by the end of service.

Under the scheme, most Indian soldiers will leave the service in just four years. Of the 45,000 to 50,000 recruited annually, only 25 per cent will be allowed to continue for another 15 years under permanent commission.  'Agniveers' will be paid a one-time 'SevaNidhi' package of Rs 11.71 Lakh, which will be exempt from Income Tax.