The clean-up campaign has received more than 6,000 volunteers from 24 States and UTs of India registered. The Union Minister shared a video on Twitter. 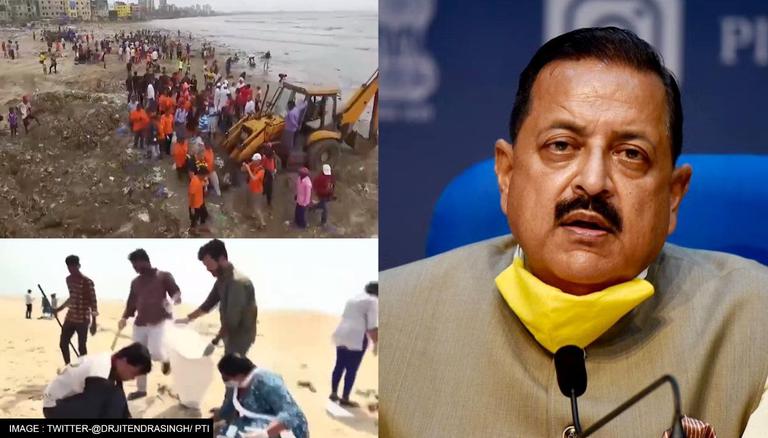 
India has undertaken a massive 75-day-long coastal cleanup campaign. The cleanliness campaign is named Swachch Sagar, Surakshit Sagar. The decision was made following a conference, which was chaired by Union Minister Jitendra Singh.

VIDEO: From school students to senior citizens, more than 6,000 volunteers from 24 States and UTs of India have so far registered for the first of it's kind 75-day Coastal Cleanup Campaign #SwachhSagarSurakshitSagar. pic.twitter.com/V5lmiq7uQf

Earlier, Union Minister Jitendra Singh spoke on the uniqueness of India's coastal clean-up drive. He told that it will be the first of its kind and longest-running coastal cleanup campaign, with the highest number of people partaking in it. Further, he emphasised the participation of common people and suggested spreading the message to the people through various environmental and climate change departments in universities, colleges, and other institutions.

The event commenced on July 3, 2022, and will continue till September 17, 2022. The motive of the drive has been to remove at least 1,500 tonnes of garbage from the sea coast, which will not only provide great relief to marine life but also to the people living in coastal areas.

Regarding the same, Jitendra Singh also previewed the logo and tag line for the day and other thematic aspects related to it in the meeting and further directed the officials involved in a blitzkrieg of pre-event activities in the run-up to the main event.