Congress Fails To Attract People For Anti-BJP Protest In London

The Congress Party's call to the Indian diaspora to join a protest against the Indian government in London, UK, appears to have failed to attract people

The Congress Party's call to the Indian diaspora to join a protest against the Indian government appears to have failed to attract support. From the video accessed by Republic Media, there were a handful of people who turned up for the event. The party had launched a social media campaign for the protest, but could not gather the support of the Indian community living in the United Kingdom.

READ | 'My Name Is Not Rahul Savarkar", Says Rahul Gandhi Refusing To Apologise For Rape Remark

Indian National Congress had appealed people to gather outside the Indian High Commission in London to protest against the current government. The gathering was a part of a series of protests that the Congress Party had planned for raising awareness against the performance of the Bhartiya Janta Party government. As a part of their initiative, they had launched an online campaign to attract people from all over the UK. Messages were spread through Twitter and Facebook and people were informed about the event.

Appealing to the people of England, Congress hoped to get a good show outside the Indian High Commission in London. However, despite a fierce campaign by the Overseas Friends of Congress, people distanced themselves from the protest. The Indian diaspora which is in millions in the United Kingdom didn't turn up on Congress' call. 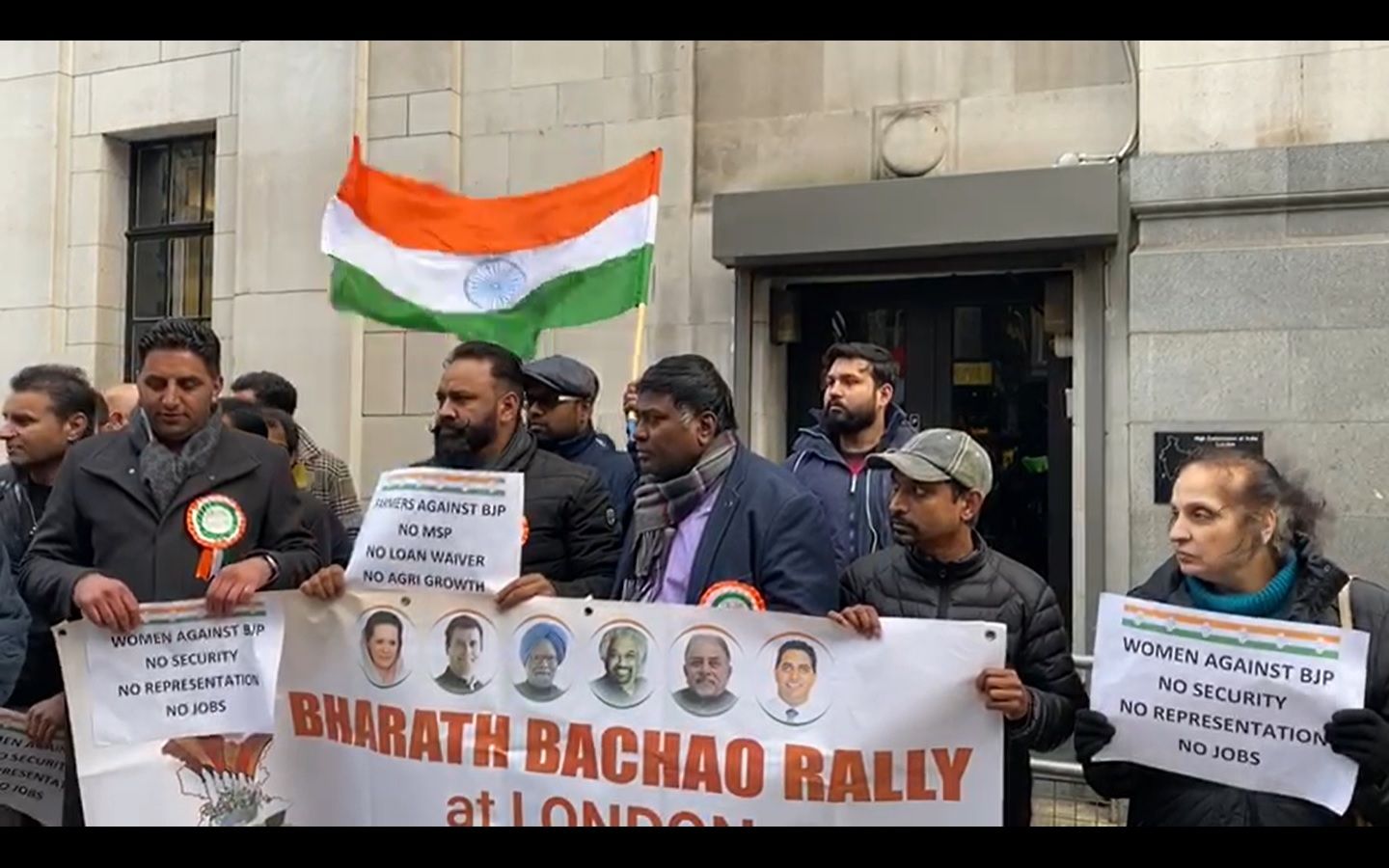 Dubbed as 'Bharat Bachao' (Save India) this event was to highlight what the Congress Party called the 'crisis and rise in unemployment in India'. The party claims that the economy of India is in tatters and more and more people are losing jobs under this regime. They blame the current government's 'flawed economic policies' for the slump in the growth. Hitting out at the current government, the party said that people need to be made aware of how the government was 'destroying their lives'.

The online campaign for the protest also claimed that law and order has deteriorated under the current dispensation. Congress leader Rahul Gandhi is already under fire for his “rape in India” remark which he refused to apologise for. The party also claimed that Prime Minister Modi's government was for the rich and not for the poor. They accused the government of working for the corporate and not for the “distressed farmers.”