Covaxin Approved By DCGI For Phase 2/3 Trials On 2-18 Year-olds; 1st Vaccine For Children

Bharat Biotech's COVAXIN on Thursday, has been given the Drugs Controller General of India (DCGI)'s nod as per Subject Expert Committee (SEC)'s recommendation. 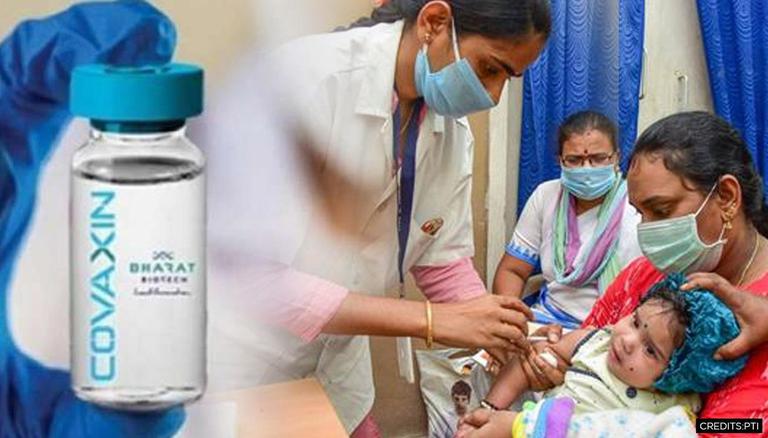 
Boosting India's vaccine crunch, Bharat Biotech's COVAXIN on Thursday, has been given the Drugs Controller General of India (DCGI)'s nod as per Subject Expert Committee (SEC)'s recommendation. The trial will take place on 525 subjects at various sites, including AIIMS, Delhi, AIIMS, Patna and Meditrina Institute of Medical Sciences, Nagpur with two doses administered in an interval of 28 days. The indigenous vaccine trials, which was recommended by the SEC of the Central Drugs Standard Control Organisation (CDSCO). will be the first such vaccine in India that would cater to inoculating children. 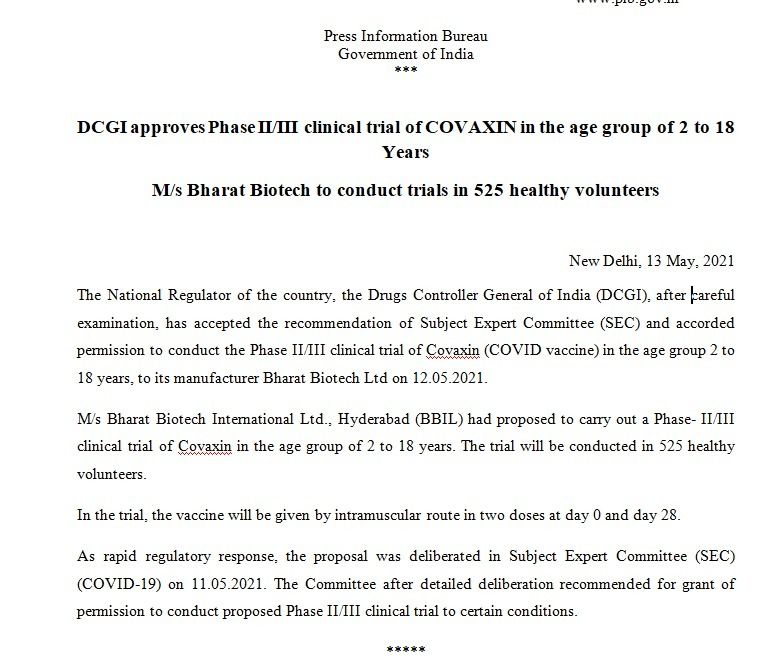 Recently in conversation with Republic Media Network Editor-in-chief Arnab Goswami, BBL founder Dr. Krishna Ella spoke about Covaxin's phase-1 trials on kids. He said, "We just got permission from Drugs Controller General to conduct trials on 2-18 years. It might take 3-4 months to complete the trials." Apart from Covaxin, Pfizer's vaccine has already been approved for children between 12 to 15 years of age.

Talking about inoculating children, he said, "Many countries want our vaccine (COVAXIN), including the US. The reason is that this is the only vaccine that can be given to children. The safety pattern is so good that it can be given from a two-year-old child to an 18-year-old as well. Many children carry the virus and they don't show symptoms. They meet their grandparents and infect them. I think young age kids should be vaccinated at the earliest."

In March, Bharat Biotech said that its COVID-19 vaccine - Covaxin - a Whole Virion Inactivated Corona Virus Vaccine - has shown an interim clinical efficacy of 81% in its Phase 3 trials. The phase 3 trials involved 25,800 subjects and is the largest ever trial conducted in India. COVAXIN has been granted permission for restricted use in an emergency situation by the DGCI in January 3. Union Health Minister Dr. Harsh Vardhan explained that COVAXIN is more likely to work against newer variants like N501Y Variant (UK variant) and the recent double mutation (Indian variant). The participants enrolled were between the age of 18-98 years old including 2,433 over the age of 60 and 4,500 with comorbidities.

After Subject Expert Committee (SEC)'s nod to COVAXIN several politicians had questioned why Phase 3 trials protocol have been modified for the Bharat Biotech vaccine candidate, urging Health Minister Harshvardhan to clarify on the same. Meanwhile, Tharoor stated that the DCGI 'approval was premature and could be dangerous', opining that its use should be avoided till full trials are over. Several others have questioned the vaccines due to 'lack of trust' on Modi govt. Recently, as the vaccination drive picked up, direct supply of Covaxin to 14 states has commenced.