After the first positive case of COVID-19 was reported on Tuesday evening in Assam, four more cases have been confirmed to be positive today.

After the first positive case of COVID-19 was reported on Tuesday evening in Assam, four more cases have been confirmed to be positive today. This information has been revealed by Assam Health Minister Dr. Himanta Biswa Sarma in a press conference held in the COVID-19 Control Room at the National Health Mission office in Guwahati.

All the cases have a connection to the Tablighi Jamaat in Nizamuddin, Delhi.

Read: 'Was This The Nizamuddin Congregation?': Hansal Mehta Questions BJP Govt Amid COVID-19

The first case was reported from Karimganj, where one Mohammad Jamaluddin was tested positive. He is undergoing treatment at the Silchar Medical College Hospital. His travel history has revealed that he went to Delhi on March 5 and reached Delhi on March 6 where he attended the Jamaat Conference for three days before returning to Guwahati on March 10. Upon reaching Guwahati, he stayed in Aathgaon Masjid of the city and later left for Badarpur.

The minister also revealed that he showed symptoms from March 18 onwards and on March 29 his sample was collected.

All those who came in contact with him, have also been identified, quarantined and samples have been sent for testing.

Meanwhile, four more cases have been confirmed to be positive.

Addressing the press conference, Dr Himanta Biswa Sarma said, “Four persons tested positive today. The confirmation has come and they are- Md Arshad Ali (19) from Nalbari, Md Hazrat Ali (60), Md Nuruddin (55) and Jonab Ali (46), all three from Jagiroad. We have disclosed the name so that those who were in contact with them can come to us and undergo tests. This is not a disease to shy away and it is for the greater benefit of the public that we are sharing the names.” 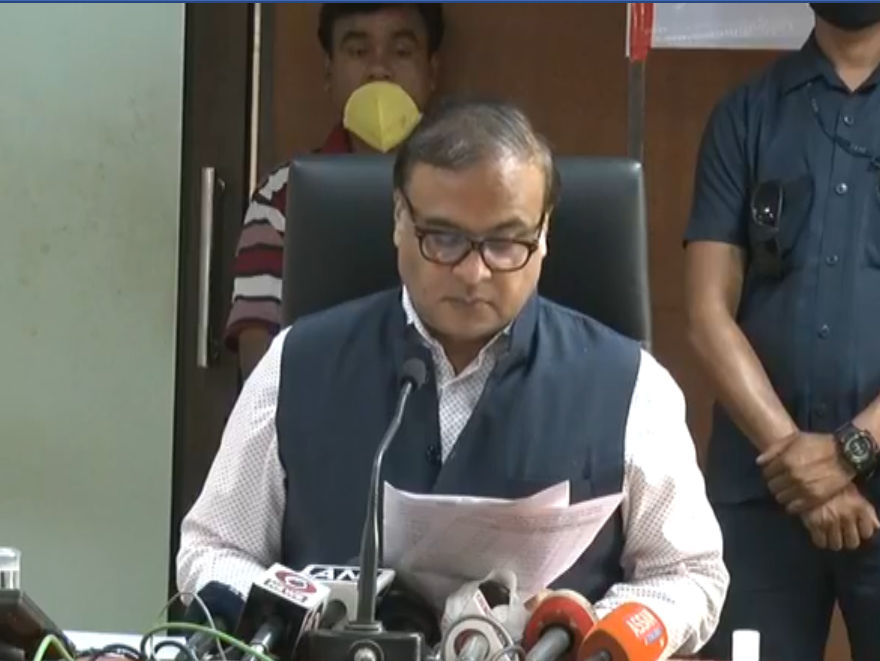 The minister further added that by today evening, the numbers will definitely go up. “The numbers will increase further. It will cross double-digit today as the preliminary reports suggest," he said.

He also added that the infrastructure in the state is ready to meet any emergency situation.

“Those who are still untraceable, I appeal to them, don’t shy away. If you hide it, you will do injustice not only to your family but also to the society,” the minister added.

Read: 10% Of All Of India's Coronavirus Positive Cases Now Have Direct Link To Nizamuddin Event