India recorded 41,649 fresh COVID-19 cases, with 593 deaths due to the infection in the last 24 hours, Union Health Ministry informed on Saturday. 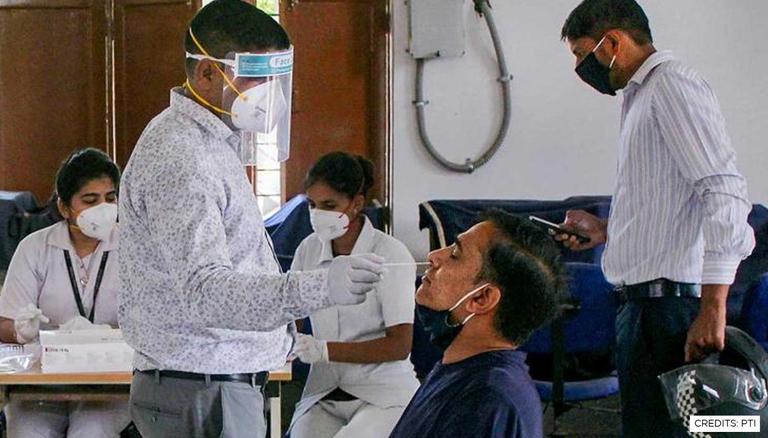 
India reported 41,649 fresh cases of the novel Coronavirus, with 593 deaths due to the infection in the last 24 hours, Union Health Ministry informed on Saturday, July 31. According to the data shared by the ministry, the country witnessed a total of 37,291 recoveries in the span of 24 hours, bringing the total recovery to 3,07,81,263. The recovery rate in the country is at 97.37%.

The ministry added that a total of 46,15,18,479 people have so far been vaccinated across the country. On Friday, almost 52 lakh vaccination doses were provided, according to the report. Though the disease's spread has slowed following a peak of four lakh daily cases in May, it has reignited fears that a third wave is on the way.

READ | Resolve COVID-19 grievances within maximum within 3 days: Govt to all depts

Kerala supplied 20,772 instances to the daily totals in the country. Kerala is home to more than 37% of India's current cases, according to government authorities. On Friday, state Health Minister Veena George remarked, that the situation in Kerala is completely under control.  George stated that the current focus is on vaccines, which the state is rapidly running short of.

In response to an increase in COVID-19 cases in Kerala, a central team arrived in Thiruvananthapuram on Friday. Dr. SK Singh, Director of the National Centre for Disease Control, stated that there are numerous issues, one of which includes the growth in the positivity rate. While instances are dropping across the board, he said the transmission is still going on in Kerala, which they will discuss with the state. Singh stated that the situation is complex and that they will have to wait and watch how things play out.

Maharashtra, the state with the most cases (nearly 62 lakh), reported 6,600 new infections. With 2,068 cases, it was followed by Andhra Pradesh and Tamil Nadu (1,947 cases). The vaccines were given to 14 of the 37 recipients at an old-age home, while the other 23 were immunised at their homes, according to a Brihanmumbai Municipal Corporation (BMC) official as drive launched for bedridden people. The Maharashtra government had previously informed the Bombay High Court that it would begin an experimental COVID-19 home immunisation programme for those who are immobile or bedridden.