The government panel of the NTAGI has made the recommendation to reduce the gap between administering both the second and precautionary doses of COVID vaccine. 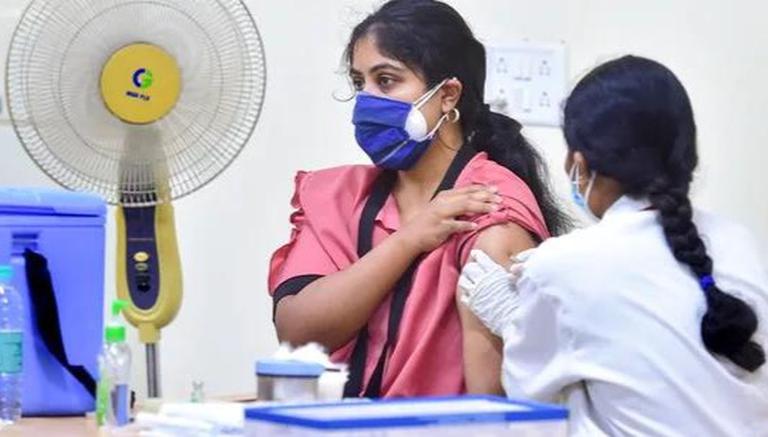 
Members of the Centre's advisory panel National Technical Advisory Group on Immunisation (NTAGI) have finally given way for the reduction of the gap between the second and precautionary doses of COVID-19 vaccine from the present nine months to six months, reported PTI citing official sources. This came after the panel on Thursday held a meeting to review the findings of a study based on vaccine administration.

Regarding the same, therefore the Standing Technical Sub-Committee (STSC) of the NTAGI on Thursday made the recommendation to reduce the gap between the administration of both the second and precaution doses of COVID-19 vaccines. While the recommendation will be first made to the Union Health Ministry, the ministry will later take the final call on the recommendation soon.

During the meeting held on Thursday, the panel reviewed the findings of a study done by the Christian Medical College (CMC) in Vellore on the feasibility of allowing as a precaution dose of COVID vaccine different from the one used for primary vaccination. The panel members also found a lack of uniformity in results upon mixing jabs for booster shots and stated that no recommendation for it can be made as of now. The CMC study was based on Covishield and Covaxin.

Among other issues, the recent underlying threat of monkeypox and the requirement for vaccination were also discussed in the meeting of the panel of NTAGI, the sources further said.

"However, the members were of the view that strong surveillance is what is required as of now. No case of monkeypox has been detected in the country till now," one of the sources told PTI.

While no decision has been taken yet on vaccinating children between the age of 6-12, the panel also reviewed data on Covaxin and Corbevax vaccines for the particular age group and opined that "The members opined that data of COVID burden and mortality among children is not robust enough to take any decision to begin vaccination of those below 12 years."

While a slight spike has been reported in COVID-19 infections in the past few days, Centre's nationwide vaccination drive is being carried out extensively to administer COVID vaccine to 100% population in the country.

On Thursday, as India's cumulative vaccine doses administered so far crossed 195.67 crores, Union Health Minister Mansukh Mandaviya stated that about 89% of the country's adult population have been fully vaccinated while more than 75% of children between age of 12-14 have received their first doses.

Taking to Twitter, he wrote, ''Congratulations India! With the mantra of 'Sabka Saath and Sabka Prayas', India achieves complete vaccination of over 89 percent of its adult population. The world's largest vaccination drive continues to create new benchmarks."