The MoD has confirmed that there was indeed a clash between the forces on December 9 which resulted in minor injuries to troops on both sides. 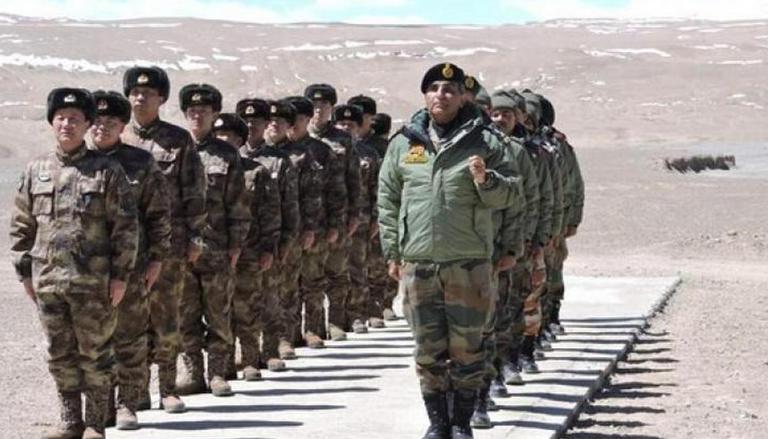 
The Ministry of Defence (MoD) has issued an official statement to reports stating that a clash between the Indian Army and China's People's Liberation Army (PLA) occurred in the Tawang sector in Arunachal Pradesh. The MoD has confirmed that there was indeed a clash between the forces on December 9 which resulted in minor injuries to troops on both sides.

"In certain areas along the LAC in the Tawang Sector in Arunachal Pradesh, there are areas of differing perception, wherein both sides patrol the area upto their claim lines. This has been the trend since 2006," the Defence Ministry's official statement read. "On 9th Dec 2022, PLA troops contacted the LAC in Tawang Sector of Arunachal Pradesh which was contested by Indian troops in a firm and resolute manner. This face-off led to minor injuries to a few personnel from both sides," it further read. 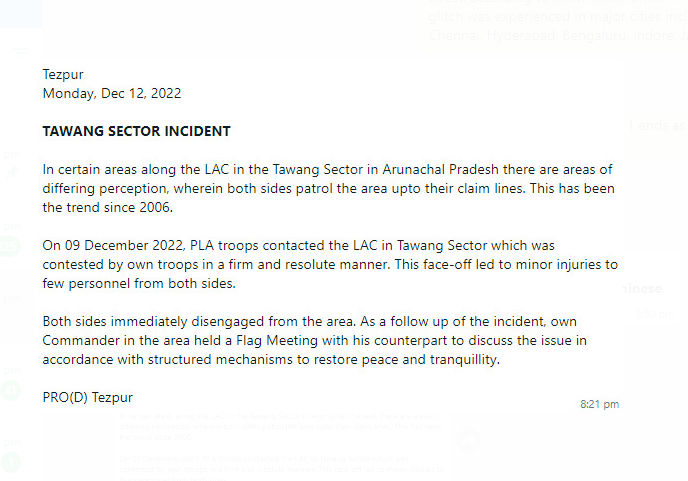 According to the Ministry, "both sides immediately disengaged from the area" and a flag meeting was conducted following the clash with the counterpart "to discuss the issue in accordance with structured mechanisms to restore peace and tranquility."

This is the first major face-off after the Galwan valley clash, which occurred on June 15, 2020, where 20 Indian soldiers were martyred. According to sources close to the Indian Army, hundreds of PLA troops attempted to breach the Line of Actual Control (LAC) in their encroachment bid in Tawang, which was thwarted yet again by Indian forces.

According to the Home Ministry, India shares a total of 3,488 km long border with China, out of which 1,126 km runs along Arunachal Pradesh. The rest of the border areas are in Jammu and Kashmir (1,157 km), Himachal Pradesh (220 km), Uttarakhand (345 km), and Sikkim (220 km). China, however, claims a higher share of Arunachal's land area as the border is not fully demarcated owing to the lack of infrastructure. To redress the issue, the Central government is carrying out the construction of over 70 roads along the aforementioned border areas including Arunachal to facilitate the movement of troops along the Indo-China border.

READ | China to drop travel tracing as it relaxes 'zero-COVID'

China, on the other hand, has also developed advanced infrastructure, part of which is the full electrified bullet train that connects Lhasa and Nyingchi along the Tibetan border close to Arunachal. The 435 km corridor was inaugurated on June 25 last year and the train having a top speed of 160 km is said to have reduced the travel time from Lhasa to Nyingchi from five hours to 3.5 hours.