A 5-member sub-group constituted by the Supreme Court submitted an interim report to SC on Friday, on the oxygen supply audit of Delhi from April 10 to 21 May 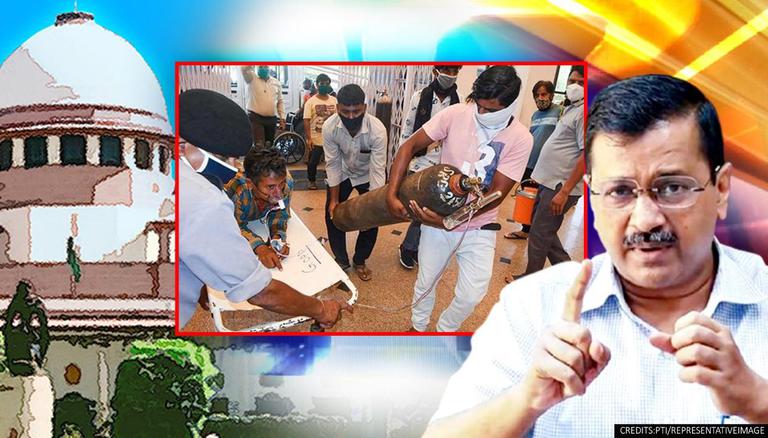 
As India sees a decline in COVID-19 cases, the 5-member sub-group constituted by the Supreme Court submitted an interim report to SC on Friday, on the oxygen supply audit of Delhi from April 10 to 21 May. The committee pointed out discrepancies in the oxygen consumption data calculation, oxygen demand by the Delhi govt throughout the period, affecting the oxygen requirements of other states. The sub-group headed by Dr. Randeep Guleria - AIIMS Director, also consisted of Subodh Yadav - Jt. Secy, Jal Shakti Ministry, Bhupinder Bhalla - Pr. Secy (Home), Dr. Sandeep Budhiraja - Clinical Director, Max Healthcare and Dr. Sanjay Kumar Singh - Controller of Explosives (PESO).

The oxygen audit was started in late April and was based on 24 hours medical oxygen consumption data, collected twice daily by hospital nodal officers. The report notes that on 10 May, Delhi's average daily consumption of Liquid Medical Oxygen (LMO) is 284 to 372 MTs with 122.5 MT in reserve and had inadequate infrastructure for storing 700 MTs of LMO. Rebutting the committee, Delhi govt claimed that the sub-group's data was not consistent with their records and that even 12 hours' stock was insufficient in some cases.

On 13 May, the panel pointed out that 'there is a gross discrepancy (about 4 times) in that the actual oxygen consumption claimed (1140MT) was about 4 times higher than the versus calculated consumption by the formula for bed capacity (289MT)'. It was noted that four hospitals in Delhi i.e. Singhal Hospital, Aruna Asaf Ali Hospital, ESIC Model Hospital, and Liferay Hospital have claimed extremely high oxygen consumption with very few beds. These claims appeared to be erroneous and led to significantly higher oxygen requirement for the entire state of Delhi, stated the report.

Furthermore, the report details that the sub-group had estimated that the oxygen requirement in Delhi ranged from 290 - 400 MT of LMO and recommended an additional 100 MT of quota should be available for Delhi to lift from plants by maximum 4 PM. The sub-group noted that as per the Centre's calculation Delhi's oxygen requirement was 332 MTs and 449.42 MTs, as per Delhi govt's calculation. The total allocation being made to Delhi was 590 MTs, however, this allocated amount was made available only for three days between 4 May till 14 May.

The report states that Delhi had its peak on 2nd May and thereafter, the number of cases were showing a downwards trend with the total consumption was not less than 500 MTs. It was also evident that some hospitals could not differentiate between KL and MT and the same was not examined while projecting 700 MTs, states reports. In a bid to stop this mismanagement, the sub-group recommended an “Oxygen Stewardship Programme” in Delhi Hospitals to optimise the allocation of LMO. 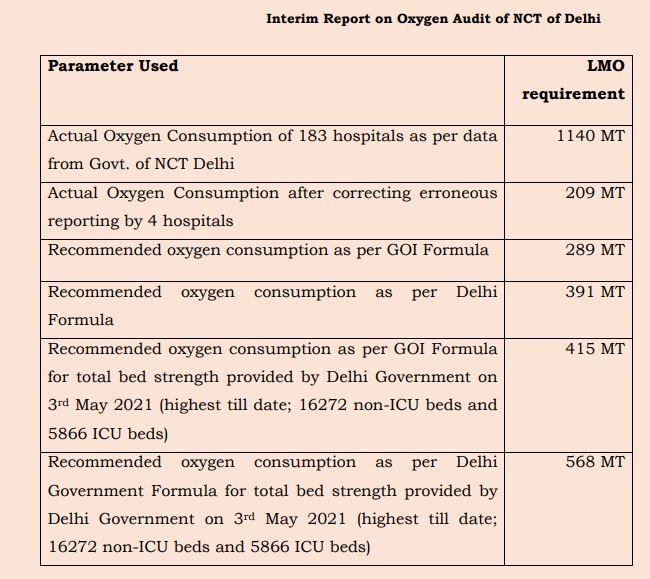 The report concluded that Delhi was receiving excess oxygen, while states like Rajasthan, UP, Haryana, Himachal Pradesh Uttarakhand, Punjab and even Jammu-Kashmir suffered. Inadequate availability of tankers to transport LMO, slow decantation and holding up turnaround time for containers were also pointed out as reasons for oxygen mismanagement. The panel stated that Delhi was neither auditing its usage, nor assessing its realistic demand of oxygen, thereby affecting northern states. 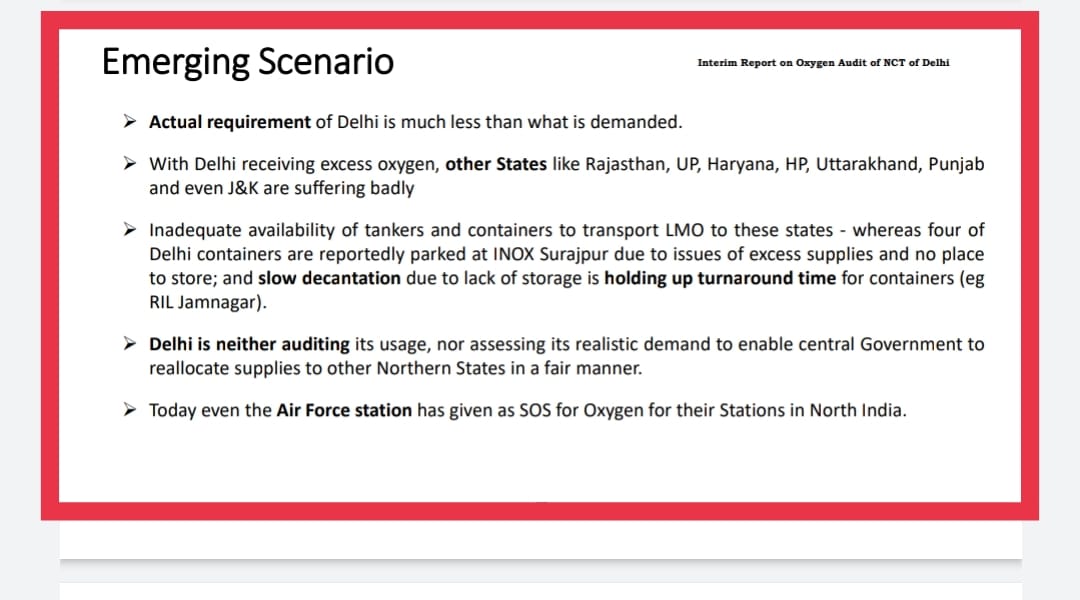 In the second COVID wave, India grappled with acute oxygen supply with Delhi being hit the worst - several hospitals moved the High Court seeking oxygen supply. While the Centre and Delhi govt blamed each other for the ongoing oxygen crisis in the national capital, Railways started 'Oxygen Express'  to transport liquid oxygen to the states via green corridors. Delhi, which increased its demand to 900 MT oxygen per day has been allotted only 480 MT by Centre. SC then ordered the Centre to maintain a daily supply of 700 MT to Delhi and constituted a 11-member panel to decide on oxygen allocation to states.