Delhi: Security has been beefed up in National Capital after a terror alert was issued by intelligence agencies that JeM terrorists have entered Delhi

Security has been beefed up in National Capital after a terror alert was issued by intelligence agencies that terrorists belonging to Jaish-e-Mohammed have entered Delhi with an intention to carry out attacks.

Republic TV has accessed a copy of the Intel input, which reads, “around 5 -6 days back, Abu Usman JeM commander in a meeting with his OGW, held in Apple Orchards near Mir Mohalla, Bandipur disclosed that the people of Kashmir will soon hear the good news of big attack in Jammu and Delhi while claiming that “our brothers have already reached the places.” Abu Usman was carrying a sniper rifle with him while the other three were carrying an AK-47 rifle, pistol and grenades.

Here is the copy of the Intel input: 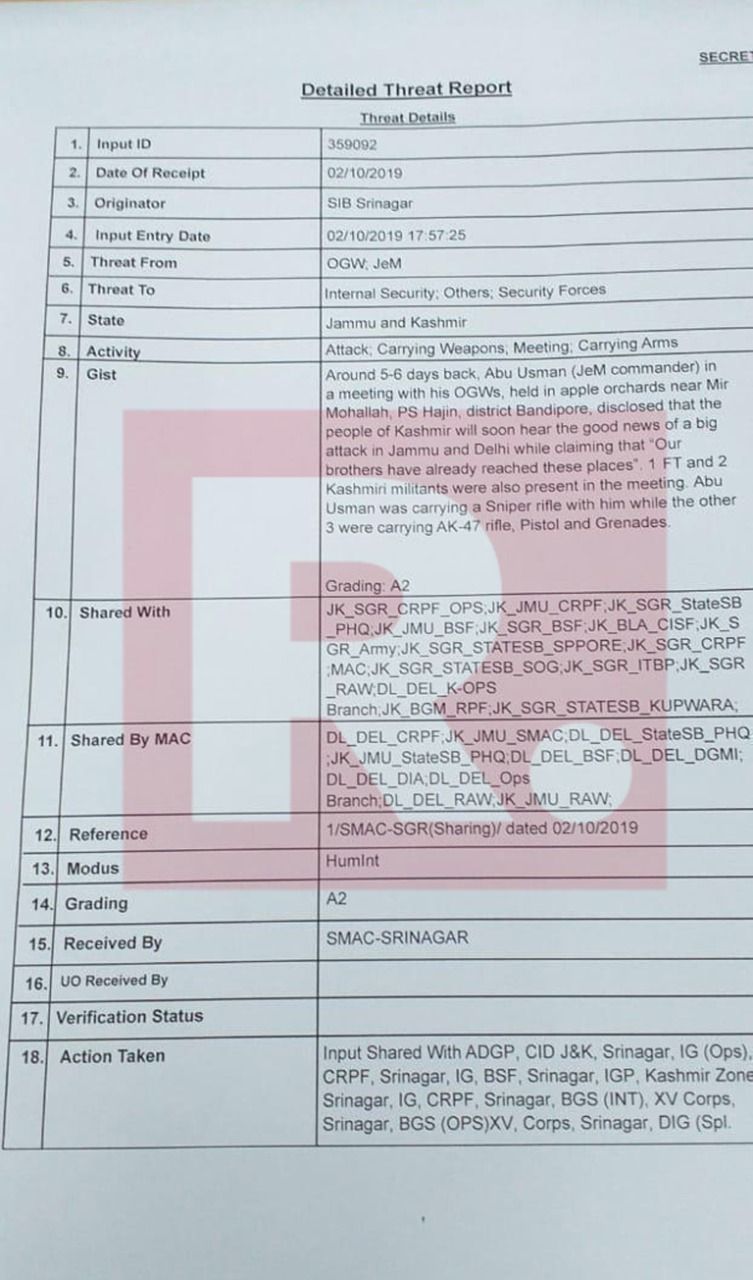 The Delhi police have increased security at vital installations like temples, railways stations, shopping malls, airport and other public places. The Ministry of Home Affairs and Prime Minister Office is keeping a close eye on the developments.