Pollution in river at Palla, where Yamuna enters Delhi, was within the limit at 2 milligrams per litre (mpl) in terms of Biological Oxygen Demand (BOD) in 2014. 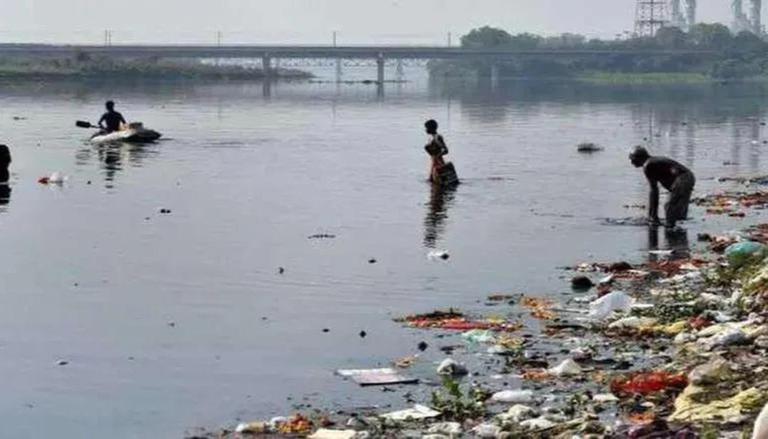 
Pollution levels of river Yamuna have doubled in the last eight years, according to the Delhi Lieutenant Governor's Office, ANI reported citing sources. The pollution in the river at Palla, where Yamuna enters Delhi was within the limit at 2 milligrams per litre (mpl) in terms of Biological Oxygen Demand (BOD) in 2014. The BOD load was 32 mpl when the river leaves the national capital at Okhla Barrage.However, in 2023, the BOD load at Palla stands at 2 mpl but it increasing to a startling 56.

"The year-on-year rise in pollution has been consistent since 2014 with the only exception being 2019, when Haryana released more water into the Yamuna from the Hathnikund Barrage while undertaking the repair of the Yamuna Canal. The same resulted in pollutants getting washed downstream," sources said.

"This deadly increase in pollution is mainly on the account of the AAP government absolutely failing to check pollution from the Najafgarh Drain despite persistent directions and monitoring of the Supreme Court and the National Green Tribunal," the source added.

Of the 35 Sewage Treatment Plants (STPs), only nine comply with the standards of 10:10 for BOD: TSS (Total Soluble Solids), sources said. The national capital generates 768 million gallons a day (MGD) of sewage which is treated at 35 STPs having a capacity of treating 530 MGD.

At a meeting chaired by Delhi L-G VK Saxena on Saturday, these facts emerged during a presentation by Delhi Pollution Control Committee (DCCC), Environment Department and Delhi Jal Board.