Uttam Anand, an Additional District Judge, was knocked down by an autorickshaw in Dhanbad on July 28. The CBI on Saturday, August 7, recreated the crime scene. 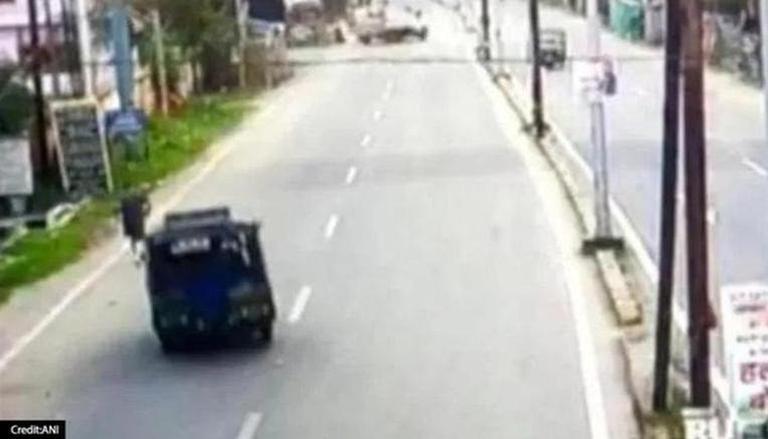 
In a key development in the suspicious death of Additional District Judge Uttam Anand in Dhanbad, the Central Bureau of Investigation (CBI) recreated the crime scene at Randhir Verma Chowk on Saturday, August 7. For the recreation of the crime scene, as per sources, all vehicles parked near the chowk were removed by the local police on the instructions of the CBI. Four teams of CBI had reached Dhanbad on Thursday, August 5, after it lodged an FIR in the case following the Jharkhand High Court's order of transfer of probe.

The filed FIR read: “The case is re-registered in CBI SC-I, New Delhi on 4.8.2021 in pursuance of the notification… dated 30.7.2021 issued by the State Government. Accordingly, investigation of case FIR no. 300/2021 dated 28.7.2021 under section 302 of Dhanbad PS is taken up by re-registering the same as this regular case.” The FIR further outlined that Vijay Kumar Shukla, Additional Superintendent of Police, CBI, is the investigating officer of the case.

Uttam Anand, an Additional District Judge, was knocked down by an autorickshaw in the magistrate colony on July 28. The incident caught on CCTV makes for highly suspicious viewing, in which the vehicle in question appears to swerve towards the judge on a visibly empty road.

The autopsy report of Anand stated that he died of a head injury. He sustained three injuries in form of abrasions and seven internal injuries. All these injuries are antemortem, caused by hard and blunt substances, it added.

The Jharkhand Police, which was earlier probing the case, and for the same, had formed a Special Investigative Team (SIT) had seized the auto which was allegedly used for the crime. It has also arrested two main accused, identified as Lakhan Kumar Verma and Rahul Verma. The duo has confessed to the crime, said Amol Vinukant Homkar, Inspector General (Ops).

Meanwhile, 17 others in the course of searches across 53 hotels in the state have been arrested while 243 old, listed criminals have been detained and interrogated on grounds of suspicion.  Also, one sub-inspector, and one in charge of the Pathardih station who allegedly circulated the CCTV footage in which the auto is seen hitting the deceased Judge has been put under suspension, as per Dhanbad SSP Sanjeev Kumar.