According to Dilip Ghosh, the state unit will speak to the Central leadership, following which changes may be introduced in the West Bengal BJP. 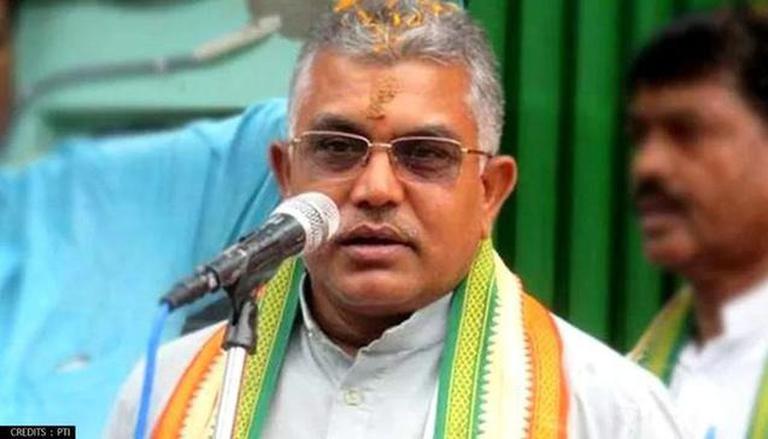 
BJP National Vice President Dilip Ghosh hinted at organisational changes in the West Bengal unit of the party saying that a decision regarding the same might be taken at the National Executive Meeting on November 7. According to Ghosh, the state unit will speak to the Central leadership, following which changes may be introduced in the West Bengal BJP.

BJP's National Executive Meeting will be chaired by party president JP Nadda on Sunday and will have Defence Minister Rajnath Singh, Home Minister Amit Shah, Transport Minister Nitin Gadkari, and Finance Minister Nirmala Sitharaman amongst others in attendance. While PM Modi will be present at the centre in person, several leaders of the top brass are expected to attend virtually.

"Our state unit will speak with the central leadership, there might be some changes after that (in WB unit of the party). For now, we have a national executive meeting, happening after a very long time," Dilip Ghosh said when asked about organisational changes in WB BJP.

In fact, changes have already been introduced in Bengal BJP in the aftermath of the West Bengal Assembly Elections 2021. In September, BJP appointed MP Sukanta Majumdar as the West Bengal BJP President replacing Dilip Ghosh who was made the National Vice President. After his appointment, Ghosh had denied reports of his shift being a 'demotion' and had said, "I have gained more experience so the party has given me a bigger responsibility. I held a meeting with the party national president after the polls and told him about my duties. My mission is now half complete."

Organisational changes in Bengal BJP also assume significance amid the exodus of MLAs to the Trinamool Congress (TMC). On May 2, the TMC swept the state elections bagging 213 seats as opposed to BJP's 77. Shortly after, speculations about BJP Vice President Mukul Roy's political future started doing the rounds after Nandigram MLA Suvendu Adhikari exceeded him to the Leader of the Opposition's post. Ultimately, Roy and his son rejoined TMC in the presence of CM Mamata Banerjee on June 11 sending a political exodus rolling in.

Weeks later, Tanmoy Ghosh who won in Bishnupur on a BJP ticket switched allegiance to TMC on August 30. Biswajit Das and Soumen Roy, the sitting BJP legislators from Bagda and Kaliaganj respectively followed suit. Thereafter, Raiganj MLA Krishna Kalyani joined TMC on October 27. With this, BJP's strength has now been reduced to 70 seats.