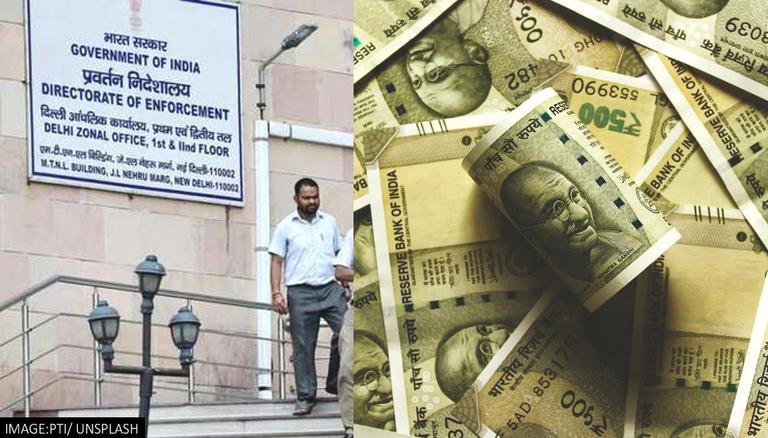 
The Enforcement Directorate on Thursday seized more than Rs 131 crore belonging to Chinese-supervised PC Financial Services Private Limited, which is an NBFC, under the provisions of the Foreign Exchange Management Act, 1991 (FEMA). In the same case, the agency had seized Rs 106.93 crore.

The ED informed that PC Financial Services Private Limited (PCFS), which runs micro-loan application 'Cashbean,' was incorporated in 1995 by Indian nationals and got NBFC (Non-Banking Financial Company) license in 2002 and after RBI approval in 2018, the ownership transferred to a Chinese-controlled company.

"PCFS is a wholly-owned subsidiary (WOS) of Oplay Digital Services, SA de CV, Mexico, which is, in turn, a WOS of M/s Tenspot Pesa Limited, Hong Kong which is owned by M/s Opera Limited (Cayman Islands) and M/s Wisdom Connection I Holding Inc (Cayman Islands), which are ultimately beneficially owned by Chinese National Zhou Yahui," ED said in a statement.

According to ED, the foreign parent companies of the firm that runs Cashbean brought FDI worth Rs 173 crore for lending business and in a short period made foreign 'outward remittance' worth Rs 429.29 crore in guise for payment of software services. The NBFC also showed a higher domestic expenditure of Rs 941 crore.

The probe revealed that most of the payments were made to foreign firms, which are owned by Chinese nationals, who own the Opera Group. "All foreign service providers were chosen by the Chinese owners and the price of the services was also fixed by them," the central agency said.

When Enforcement Directorate asked PCFS management about the expenses, they failed to provide any justification and confessed that all remittances were done to move money out of India and "to park it abroad in the accounts of Group Companies controlled by the Chinese promoter."