Tesla & SpaceX CEO Elon Musk-led super fast internet service Starlink is now available in India for pre-orders at $99 or around ₹7,000. Here's how to pre-book.

Tesla and SpaceX CEO Elon Musk-led super fast internet service Starlink is now available in India for pre-orders at $99 or around ₹7,000. The Starlink internet will be available in India in 2022 through SpaceX satellites that will be launched in the orbit with an aim to provide groundbreaking internet speed at cheaper rates even in remote areas across the globe and benefiting millions of people. The Starlink website has stated, “Starlink is available to a limited number of users per coverage area at this time. Orders will be fulfilled on a first-come, first-served basis.”

Musk’s Starlink internet service is coming to India and has started pre-booking after Tesla confirmed in December 2020 that its electric vehicles will be seen on Indian roads. The Starlink service is operated by Musk’s aerospace company, SpaceX that was founded in 2002. As per the official website, Starlink is targeting its India launch next year. However, the exact time of the launch is not known.

How to pre-book your Starlink connection right now? 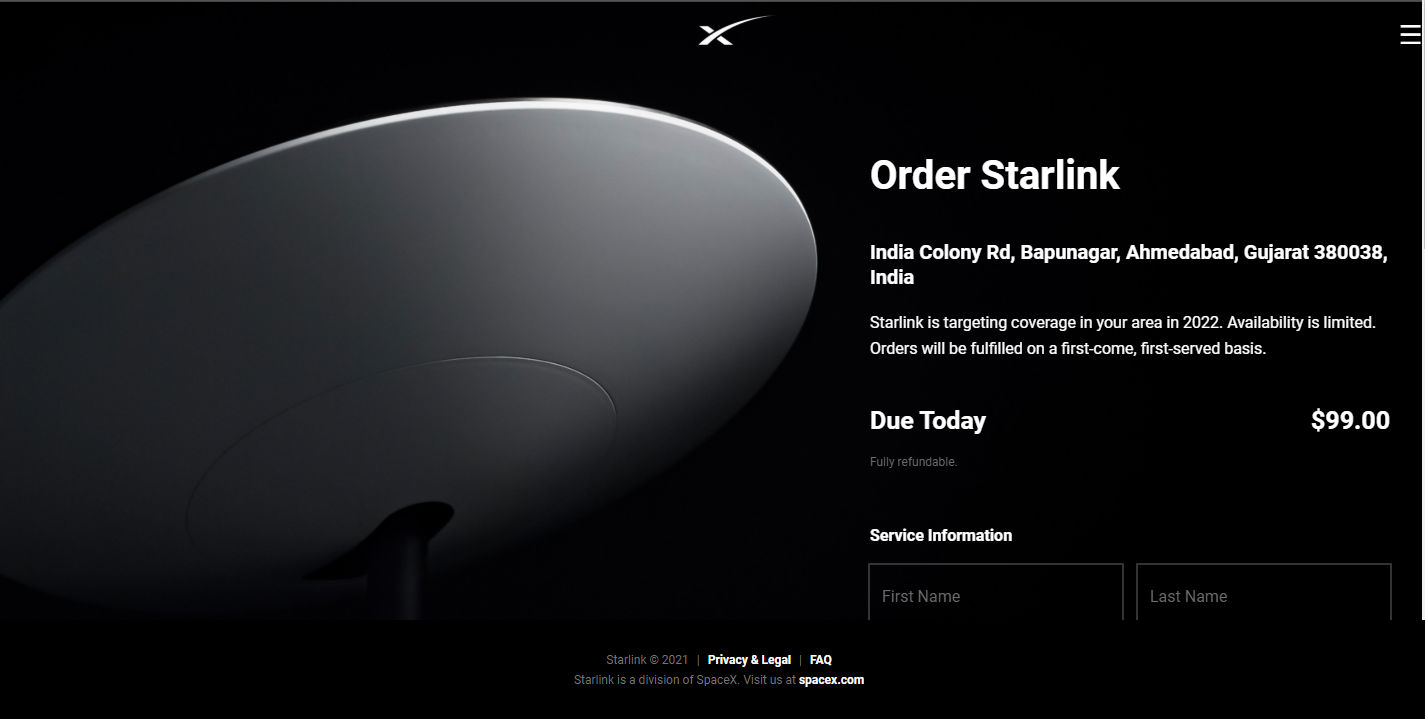 As of September 2020, SpaceX was launching up to 60 satellites in one go to provide near-global service either by late 2021 or 2022. While it is paid in India, dozens of families in rural Texas will be getting SpaceX’s Starlink satellite internet free of cost in 2021. Even though the service is designed for the entire world, SpaceX is testing the service in the northern United States and southern Canada.

Earlier, SpaceX CEO Elon Musk on February 24 revealed that the speed for Starlink’s Low Earth Orbit (LEO) is expected to double to 300Mbps this year. “If any object such as a tree, chimney, pole, etc. interrupts the path of the beam, even briefly, your internet service will be interrupted," SpaceX said on its website.