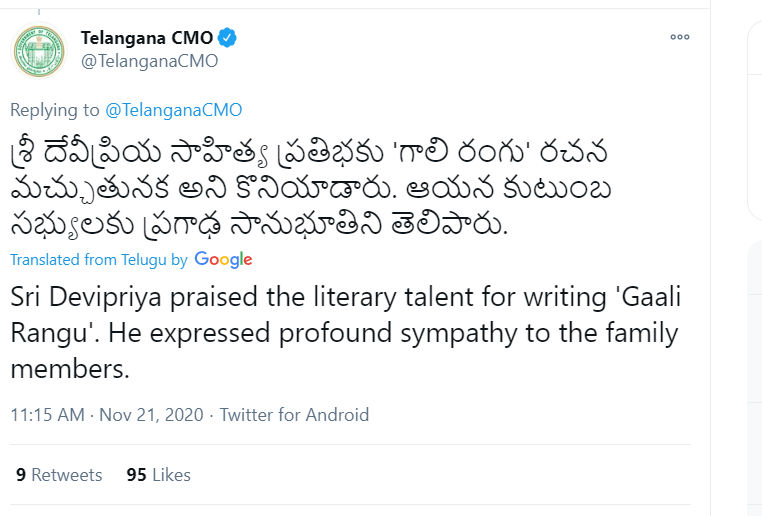 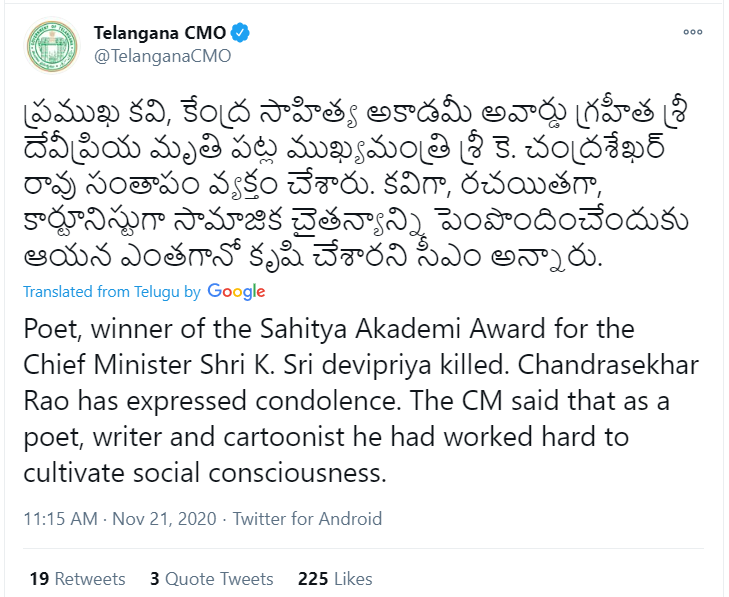 Devi Priya who was 69-years-old when he breathed his last, is survived by two sons. The veteran poet was suffering from severe diabetes and had undergone amputation of his left leg on November 9 because of gangrene. He bagged the Sahitya Akademi Award 2017, for his book Gaali Rangu. His "Running Commentary" on contemporary politics in Udayam Telugu daily was very popular and thought-provoking. Later, he continued the Running Commentary even for a couple of vernacular news channels.

Poetic precision has been among his primary strengths, he toys with the thin line between direct and ornamental poetry. He attributes his love for mythological epics to his poetic evolution. Apart from penning poetry, he has also written several lyrics for Telugu movies. His song Jambhal Bhari Bhai penned for Maa Bhoomi was very popular among all. He authored several books including Gareebi Geetaalu, Amma Chettu Chepa Chiluka, and others.