In a major incident, five coaches of the Kannur - Bengaluru Express derailed in the wee hours of Friday between the Toppuru-Sivadi of Bengaluru Division. 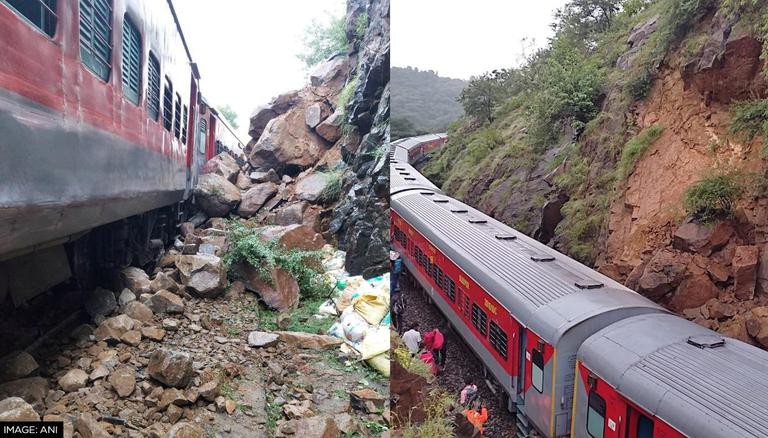 
In a major incident, five coaches of the Kannur - Bengaluru Express derailed in the wee hours of Friday between the Toppuru-Sivadi of Bengaluru Division. According to a statement released by the South Western Railway (SWR), the derailment was caused due to the sudden falling of boulders on the train. The train had departed from Kannur at 6:05 pm on Thursday.

The SWR in its statement informed that coaches B1, B2 (3rd AC), S6, S7, S8, S9, S10 sleeper coaches were derailed. Following the incident, Divisional Railway Manager (DRM) of Bengaluru Shyam Singh rushed to the spot with Divisional team of senior officers and a doctor. In addition, an Accident Relief Train (ART) and Medical Equipment Van was also dispatched around 4:45 am. Moreover, Salem's DRM and his team also proceeded to the spot along with ART from Erode at 5.30 AM.

'All passengers on board are safe': South Western Railway

Meanwhile, the South Western Railway also informed that there have been no casualties in the incident. In its statement, it said that all 2348 pasengers onboard the Kannur - Bengaluru Express were safe and no injuries were reported.

Karnataka | Around 3.50 am today, 5 coaches of Kannur-Bengaluru Express derailed b/w Toppuru-Sivadi of Bengaluru Division,due sudden falling of boulders
on the train.All 2348 passengers on board are safe, no casualty/injury reported:South Western Railway (SWR)

Meanwhile, the train's unaffected rear portion of six coaches and SLR along with the passengers has been cleared towards Toppuru and further to Salem, the SWR added. The authorities have stated that the train will be halted at Toppuru and 15 buses are being arranged there for the convenience of passengers. In addition, five buses, water and light refreshments are being arranged at the accident spot.

The authorities have also opened up a help desk and the situation is being monitored closely by senior officers led by General Manager Sanjeev Kishore Additional General Manager P K Mishra, Principal Chief Engineer SPS Gupta and the Principal Heads of Departments who are present in the headquarters of the Disaster Management Cell at Hubballi.