Owing to low visibility, due to harsh weather and heavy snowfall in the region, several flights have been cancelled on Jan 5, Wednesday. 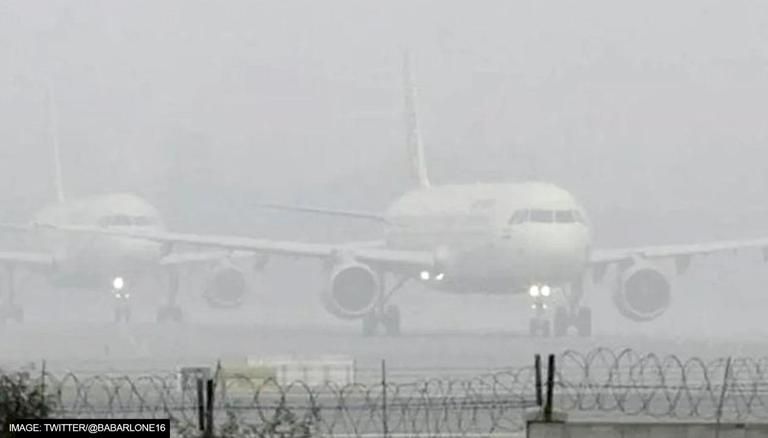 
As the Jammu & Kashmir braces from the harsh winter weather, the travellers are facing a hard time moving out of the Union territory. Owing to low visibility, due to harsh weather and heavy snowfall in the region, several flights have been cancelled on January 5, Wednesday. Chaos occurred at the airports in the Union Territory as people were seen rushing to the airports, despite several cancellations.

As per the latest information, around 42 flights, which were scheduled to take off or land at the Srinagar International Airport were cancelled on Tuesday, January 4 due to immense snowfall in the Union territory. The temperature and visibility dropped sharply on Tuesday in the UT and similar circumstances continued on Wednesday. Many flights were deterred from their scheduled timings at Srinagar airport.

Many flights were delayed and cancelled on Wednesday as well. People were seen rushing to the airport despite many flights getting cancelled. Here’s the list of the flights whose schedule has been altered due to bad weather:

A sense of panic was observed in the passengers over the rising cases of COVID-19 in the country and the rapid Omicron spread.