From 'Maut Ka Saudagar' To 'Neech': Congress Calling Its Own Defeat By Attacking PM Modi?

There are multiple instances when Congress directly attacked PM Modi, however, each time he successfully turned the tables on them and emerged victorious. 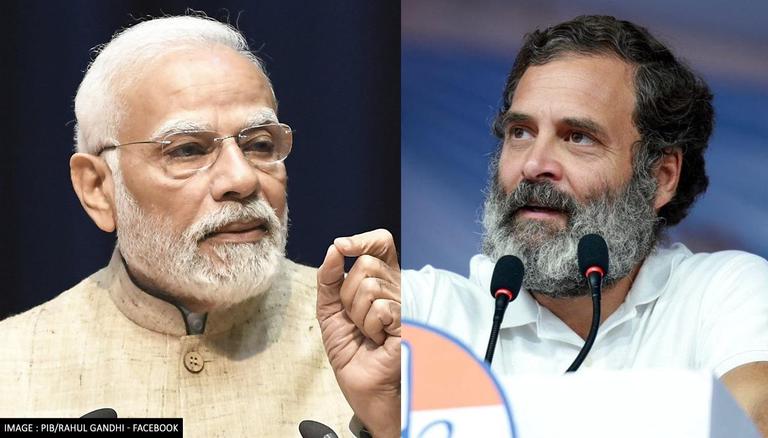 
As the political mercury is rising in Gujarat ahead of the crucial Assembly elections, Congress doesn't seem to be in the mood to let go of its old strategy of making personal comments against Prime Minister Narendra Modi. The derogatory comments of senior Congress leader Madhusudan Mistry on PM Modi's 'aukaat' was just another example of Congress' failed tactic of insulting the Prime Minister in view of the polls.

However, it is pertinent to note that his "Hum Modi ji ko unki aukaat batana chatein hai (We want to let Modi know his aukaat (status)" has backfired on the grand old party with PM Modi using it to saffron party's advantage in the upcoming Gujarat polls. Describing the Opposition’s abuses as a source of nutrition, PM Modi responded saying, "I am a servant of the people, I have no aukaat (status)."

Interestingly, this is not the first time that the Congress party has launched personal attacks on Prime Minister Narendra Modi. Earlier in past as well, especially just a few days ahead of the elections, Congress resolves to such practices and uses terms like 'neech' and 'maut ka saudagar' against PM Modi. However, it has been noticed that this strategy of the Congress simply seems to boomerang on the party itself giving an upper hand to the saffron camp.

Without a doubt, Prime Minister Narendra Modi has mastered the act of taking personal remarks and turning them in his favour ahead of the elections. There are multiple instances when Congress directly attacked PM Modi, however, each time he successfully turned the tables on them and emerged victorious.

Namecalling PM Modi is a failed strategy by Congress which exemplifies how Congress' political consciousness has narrowed down. Despite numerous failures, Congress seems to have taken no lessons from their electoral defeats which came after their derogatory and fierce comments.

Here are a few examples of Congress targeting PM Modi only for him to use it to his own advantage:

Earlier in 2007, when Gujarat was all set to go to polls and the national media predicted that Congress might win the state elections and defeat PM Modi, Sonia Gandhi made a huge mistake and called the BJP's chief ministerial candidate as 'maut ka saudagar'. Notably, the statement was made when Sonia Gandhi was the president of the grand old party and PM Modi was the Chief Minister of Gujarat.

However, using his best oratory skills, then-Chief Minister Narendra Modi used Sonia Gandhi's statement as a weapon against Congress. Referring to the 'maut ka saudagar' comment, PM Modi attacked Congress and said that the party is trying to save those who attacked Parliament. Following this, Congress suffered a massive loss in the state and BJP came to power again in Gujarat.

With no learning from past polls debacles, Congress leader Mani Shankar Aiyar in 2017 launched the 'neech' jibe at PM Modi. This statement on PM Modi later turned out to be a huge mistake for Congress as it helped PM Modi term Congress anti-poor and anti-backward castes.

Weighing in on PM Modi's 'Main Bhi Chowkidaar' campaign, Rahul Gandhi launched an attack on PM Modi on the issue of corruption and asked why all ‘thieves’ have Modi as their surname (in reference to Nirav Modi). The Congress leader also linked the alleged corruption case in the Rafale fighter jets deal to PM Modi and said, 'chowkidar chor hai' (The guard is a thief).

Notably, Rahul Gandhi had to even apologize for his statement after the matter went to the Supreme Court. The apex court later closed the contempt case filed against Rahul Gandhi after he wrongly linked the Rafale case order to his 'chowkidar chor hai' phrase against PM Modi.