Former cricketer and BJP MP from East Delhi Gautam Gambhir was criticised by the Aam Aadmi Party (AAP) for attending the Test match at Indore instead of the high-level meeting on air pollution. The former Indian opener attended the first Test between India and Bangladesh at Indore, Madhya Pradesh on Friday and was slammed by the opposition for skipping an important meeting. Former Indian cricketer and commentator VVS Laxman had earlier shared pictures with Gautam Gambhir as the duo are seen eating 'pohe and jalebi' during the match. The AAP took to Twitter to take a dig at Gautam Gambhir, who has been very vocal about the rising pollution levels in the country's capital, and challenged Gautam Gambhir to stop playing the blame game and attend the meetings. Further, the AAP alleged that strict action should be taken on all the absentees as it amounts to contempt of court.

Instead of sitting in commentary box and enjoying...

The meeting Gambhir didn't attend was of the Parliamentary Standing Committee of Urban Development, which had to be postponed as three commissioners of MCD, Vice-Chairman of DDA, Secretary/Joint Secretary of Environment also did not attend.

Here is the list of members who were to be present: 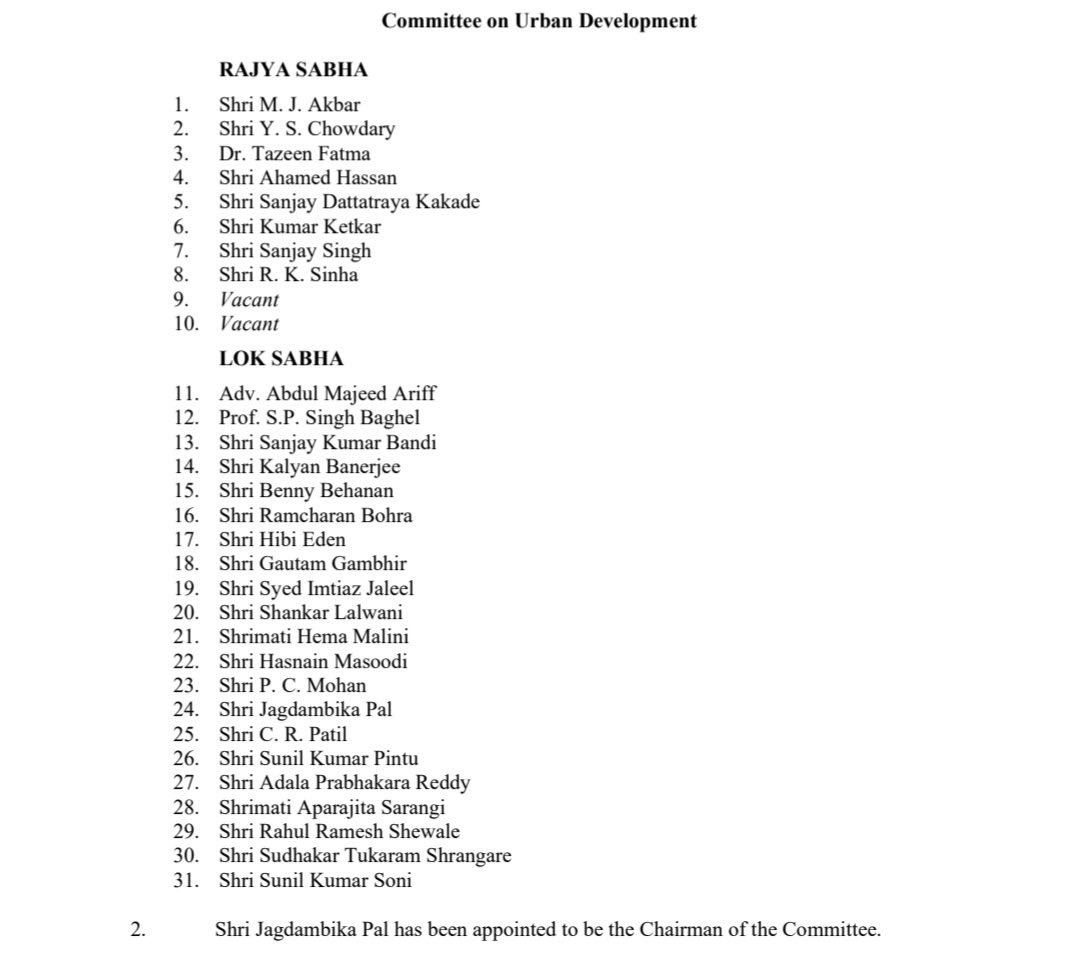 AQI in the 'severe' category

The overall Air Quality Index (AQI) in the national capital on Friday was recorded at 482 which falls under the 'Severe' category with PM10 being 504 and PM2.5 - 332, according to Center-run SAFAR. Further, the AQI recorded near Mathura Road in Delhi was 554 (PM10) at 9:00 am on Friday, while near the Indira Gandhi International (IGI) airport, the AQI stood at 560 (PM10), Chandni Chowk recorded an AQI of 484 (PM10) and 488 ( PM2.5). Residents have been complaining of breathlessness and suffocation during their morning walks. "Pollution has increased in Delhi in the past 2-3 days. It is very important for everyone to maintain fitness in this weather. I am wearing a mask for the very first time as the air has become toxic," said Dr. Ashish Gupta, a resident of Delhi. Meanwhile, another resident of the city, Kartar Singh stressed that people must also help in efforts to deal with the problem, "We should plant more trees and use public transport. If we will not take such steps, it will become worse in the coming years." Moreover, residents of Uttar Pradesh's Ghaziabad and Noida complained of eye irritation and breathlessness due to dust particles in the air. "We go to the park for a run every day. But we are not able to exercise rigorously due to the spike in air pollution. Also, garbage is being burnt here because of which there is a lot of smoke that causes suffocation in the wee hours," said Ayush, a resident of Ghaziabad.