Ahead of Guru Nanak's 550th birth anniversary, the Government of India will be issuing a commemorative coin of Rs. 550 denomination.

Ahead of Guru Nanak's 550th birth anniversary, the Government of India will be issuing a commemorative coin of Rs. 550 denomination.

As per the Gazette notification put out by the government, the coin will have dimensions of 44 mm. The metal composition for the coin shall include 50 % steel, 40 % copper. The rest of the metal comprised will be copper and pewter with 5 % each. Other features include the Lion capitol from the Ashoka Emblem on the front side of the coin bear the words 'satyamave jayate' written under it. The coin shall also have the word 'Bharat' engraved in devnagiri script on the left and the word 'India' on the right.

In addition, the coin shall feature the rupee symbol along with international numerical '550'. The backside of the coin, meanwhile, will have an inscription of Gurudwara Ber Sahib Ji situated in Sultanpur Lodhi, Punjab. The rest of the words will be comprised english and devnagiri scripts which state '550th Utsav of Guru Nanak Dev Ji'. Additionally, the years 1469 and 2019 will also be inscribed further showing the birth year of Guru Nanak and present year. The new commemmerative coin will weigh around 35 grams.

The coin is due to be released by President Ram Nath Kovind on Guru Nanak Jayanti on November 12. The joint decision was taken under the leadership of Majinder Singh Sirsa, President, Delhi Sikh Gururdwara Management Committee (DSGMC) and Akali Dal leader along with the Finance Ministry.

Preparations are in full swing for Prakash Purab or Prakash Utsav as its commonly known. It was also decided that 135th birth anniversary of Tara Singh will also be celebrated on 24th June 2019 at 4 pm at NDMC convention hall. Tara Singh was a religious political leader of Sikhs who was at the helm of guiding sikhs during the partition. Guru Nanak is first of the ten gurus and founder of Sikhism. 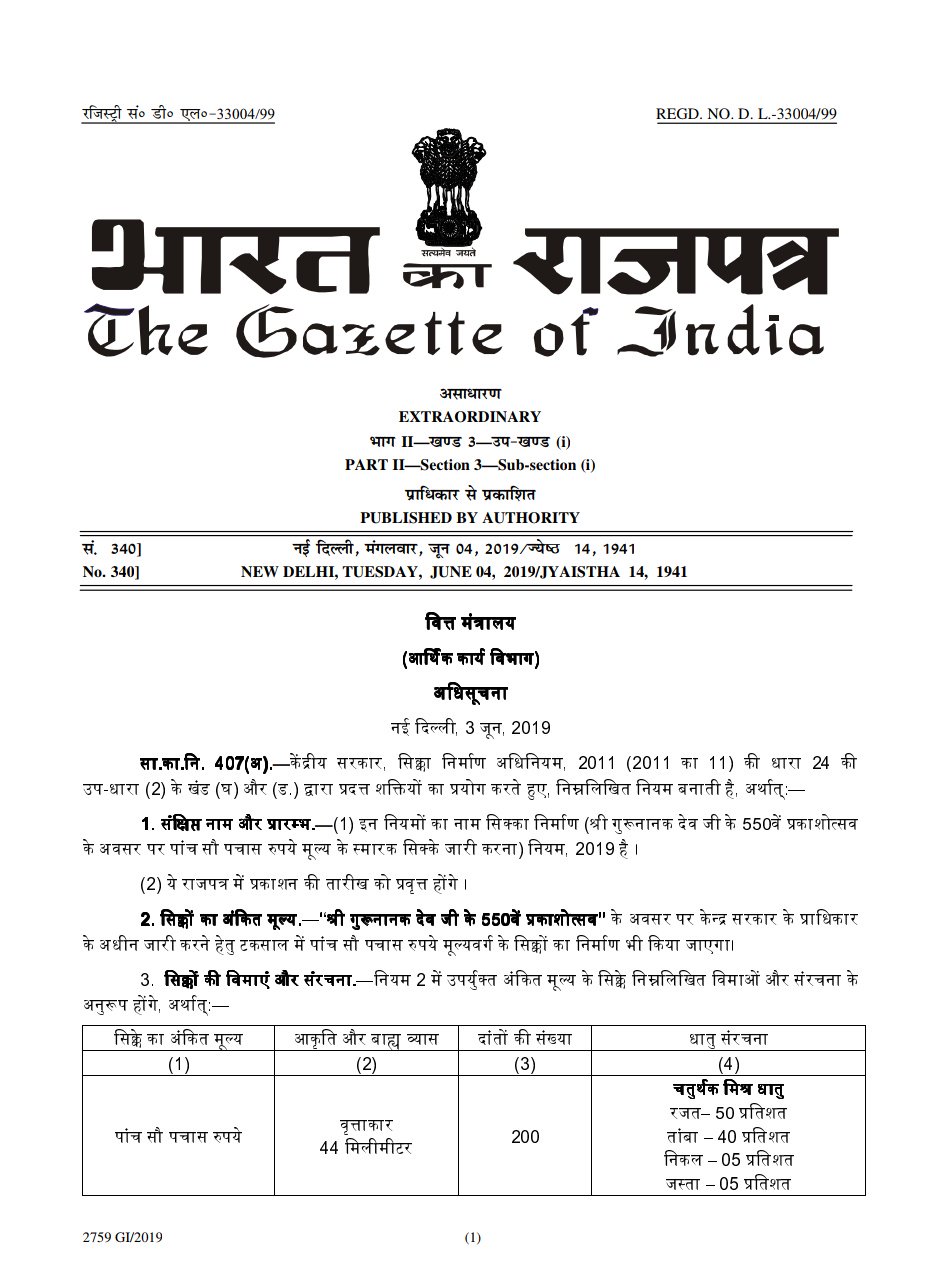 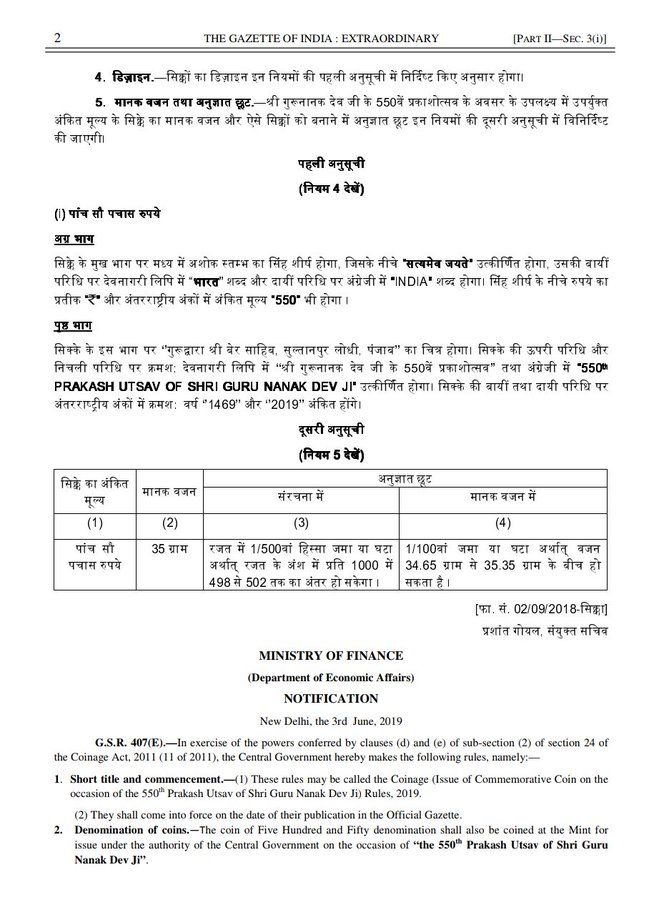 Here is the official press release by the government of India:

Government of India has decided to commemorate 550th Birth Anniversary of Shri Guru Nanak Dev Ji from November, 2018 at national as well as international level in a befitting manner. The Year long Celebration starting Novmber 23rd this year will include a number of commemorative as well as constructive activities will be taken up during the commemoration period.

A number of religious activities like kirtan, katha, prabhat pheri, langar and educational activities such as seminars, workshops, lectures etc. will be organised.  SGPC, Amritsar will be the knowledge partner of the Government of India. Commemorative coin and postage stamp will also be released.

Sultanpur Lodhi will be developed as a heritage city incorporating ‘Pind Babe Nanak Da’. A high powered telescope will be installed in Indian territory to view  Kartarpur Sahib, Pakistan.

Sultanpur Lodhi railway station will be upgraded. A train will run passing through places associated with Guru Nanak Dev Ji.