How Did Aryan Khan Come To Be Aboard Cruise Ship NCB Raided? Here's What His Lawyer Said 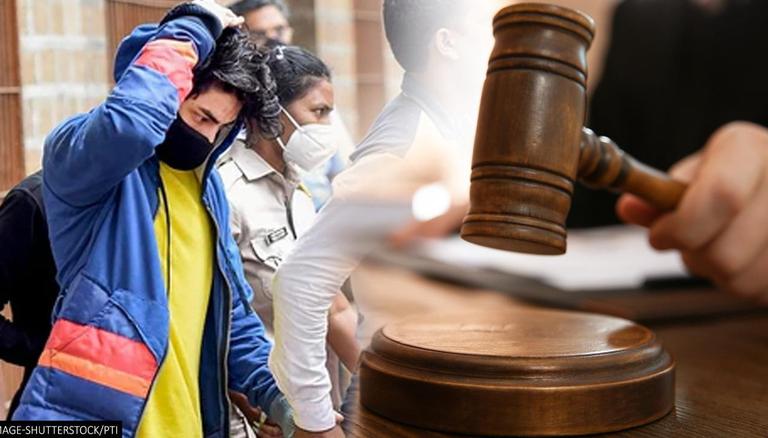 
In a major crackdown on the drugs racket in the city, the Narcotics Control Bureau (NCB) on Sunday formally arrested Aryan Khan, son of Bollywood megastar Shah Rukh Khan, along with 7 others including Munmun Dhamecha and Arbaaz Merchant in relation to a raid conducted by the anti-drugs agency on a premier Mumbai-Goa commercial cruise operated by Cordelia Cruises. The 23-year-old Aryan Khan was represented by advocate Satish Maneshinde in the drugs consumption, possession and purchase case wherein a Mumbai court has on Monday granted NCB three-days remand of Aryan Khan and others, until October 7.

On October 4, during the bail application hearing, the counsel appearing on behalf of Aryan Khan, submitted before the court that Aryan was not associated with the event and had been invited only as a 'special guest'. Maneshinde said that Aryan Khan did not even have a 'boarding pass' and pleaded with the court to grant bail to his client. Maneshinde argued that he was caught by the NCB officials even before he entered the cruise (the site subjected to inspection) and nothing objectionable was found when Aryan Khan's luggage or pockets were searched. Maneshinde vouched before the court that no commercial quantity or anything connected to the Narcotic Drugs and Psychotropic Substances Act (NDPS) was recovered by NCB officials.

Maneshinde argued that the onus of all the illegal substances seized should not be placed on one individual. Upon being asked by the special NCB court about the specification of seized contraband, an NCB officer informed that Arbaaz Merchant had 6 grams of charas while Munmun possessed 5 grams. Another accused in the case, Vikrant Chhokar, was held with 5 grams of Mephedrone (intermediate quantity) and 10 grams of cocaine (intermediate quantity).

Maneshinde said, "I (Aryan Khan) don’t have contacts with the organisers or dealers or any other people. My bag was searched, nothing has been found, no recovery or no commercial quantity or anything connected to NDPS Act."

After the NCB told the court they require custody of the accused to investigate the drug nexus and revealed international transactions had also allegedly been detected from the accused's WhatsApp chats, Maneshinde claimed Aryan Khan's WhatsApp chats were clean and questioned the existance of the 'so-called international drugs nexus' He asserted, "Khan has no supply, no purchase nor in any connection."

"They (NCB) come with a small quantity and say they are going to unearth a conspiracy, they have to show the recovery is made from which individual," Aryan Khan's counsel argued. However, then NCB Zonal Director Sameer Wankhede took the box, the court asked him whether custody of the accused was required, to which he replied 'Yes.' Wankhede added that Aryan Khan had been arrested for drug consumption.

Notably, while citing another of his clients - Rhea Chakraborty's High Court judgement - Maneshinde pleaded with the court to consider Khan's bail application, however, ASG Anil Singh said that the argument should be on NCB remand custody and not on bail plea. Maneshinde said that that the probe would be based on the cooperation of all sides and therefore Khan should be granted judicial custody. However, the ASG countered that it was a non-bailable offence and the question of bail does not arise.

Aryan Khan, Arbaaz Merchant and Munmun Dhamecha have been remanded to NCB custody until October 7 as the court stated that it was of the view that investigation is of prime importance.

"Considering the aspect, the presence of accused with NCB is necessary. Accused remanded till October 7," the court has ordered.

Meanwhile, Maneshinde's argument stood that there were 1300 people on the ship and it is not fair to assume that Aryan Khan was the one distributing illegal substances and drugs and why should there be any connection between consumers of the party (Aryan Khan) and organisers of the party (Cordelia and other accused booked in the case).

To which Advocate Tareq Sayed, appearing for Merchant, said, "If he wants, he can buy the ship."

Earlier, the cruise ship owner, Cordelia cruise, had issued a statement on its version of events, denying any hand in the drugs onboard. Republic, via sources, has also accessed a sequence of what transpired and details thereof:

1. An inaugural party was organised at Cordelia cruise on Saturday night
2. The cruise was to set sail from Mumbai at 8 PM. However, it set sail only post 3 AM on Sunday
3. Schedule of what was to transpire on the cruise: music party, pool party and techno music
4. Several high-profile DJs were invited to host the event
5. Aryan Khan was on cruise with three more friends
6. From 10 AM onwards, those who were to be onboard queued up outside the Mumbai cruise terminal
7. They had complained of mismanagement
8. Boarding passes were to be issued from 2.30-4 for those who weren’t issued passes earlier
9. Around 1-2 PM was when the team of NCB raided the cruise
10. 1800 people had enrolled for the party
11. The cruise was to set sail from Mumbai, then the party would take place on high seas for two days. The team was to return back on Monday
12. 120 special guests were invited
13. Several bigger names and high profile people were a part of the team - Instagram influencers, TV celebrities
14. People had travelled from across the country such as Delhi and Kolkata to be a part of the event
15. Booking for this cruise takes place through various platforms such as Bookmyshow and IRCTC, this time it was booked completely by Namas’cray
16. Tickets of the cruise ranged from Rs 80k-2 lakh
17. Inland waterways Pvt Ltd is the company that is looking after Cordelia cruise
18. Jurgen Bailom, president and CEO of Jalesh cruises, issued a statement on the raids -